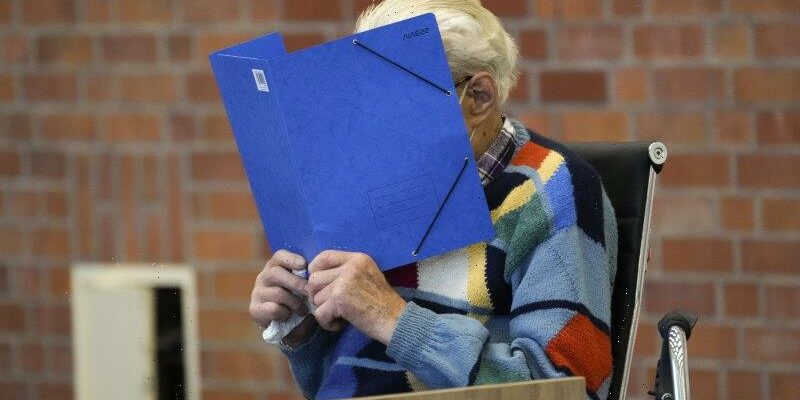 Neuruppin, Germany: A former SS guard, now 100 years old, hobbled into a German courtroom on a walking frame on Thursday to face charges of helping to send more than 3500 people to their deaths in a Nazi concentration camp during World War II.

Prosecutors say Josef S, a member of the Nazi party’s paramilitary SS, contributed to the deaths of 3518 people at the Sachsenhausen concentration camp by regularly standing guard in the watchtower between 1942 and 1945. 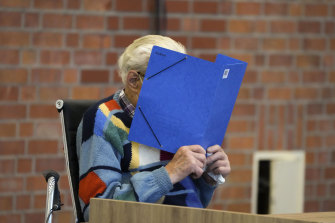 The accused Josef S. covers his face as he sits at the court room in Brandenburg, Germany, Credit:AP

Doctors have said that the man, whose full name was not disclosed due to German trial reporting rules, is only partially fit to stand trial: sessions will be limited to just 2½ hours each day.

Some people interned in Sachsenhausen were murdered with Zyklon-B, the poison gas also used in other extermination camps where millions of Jews were killed in the Holocaust.

Sachsenhausen housed predominantly political prisoners from all over Europe, along with Soviet prisoners of war and some Jews.

“It’s a lot of emotion … I can’t really speak,” said Antoine Grumbach, 79, before turning abruptly away as he was overcome by tears. His father, a French resistance fighter, died in the camp.

Leon Schwarzbaum, who is 100 years old, sat quietly waiting for the trial to start in the courtroom, showing reporters a photo of him with his parents and uncle, who all died in Auschwitz. 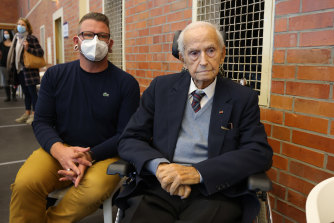 Leon Schwarzbaum, right, whose parents and uncle died in a concentration camp, was in court to watch the trial.Credit:Getty Images

Prosecutors accuse Josef S of “contributing to cruel and insidious murders” by aiding in “creating and maintaining life-threatening conditions in the camp”.

There has been a spate of charges brought against former concentration camp guards in recent years for World War II crimes against humanity.

Last week, a 96-year-old former camp secretary went on the run the day her trial was to begin, but was caught by police a few hours later.

A 2011 court ruling paved the way for these final prosecutions, stating that even those who contributed indirectly to wartime murders, without pulling a trigger or giving an order, could bear criminal responsibility.

Sachsenhausen, opened in 1936 as one of the earliest Nazi concentration camps, acted as a training camp for SS guards who then went to serve elsewhere, including in Auschwitz and Treblinka. Others killed at Sachsenhausen included Dutch resistance fighters and the Nazis’ domestic political opponents.