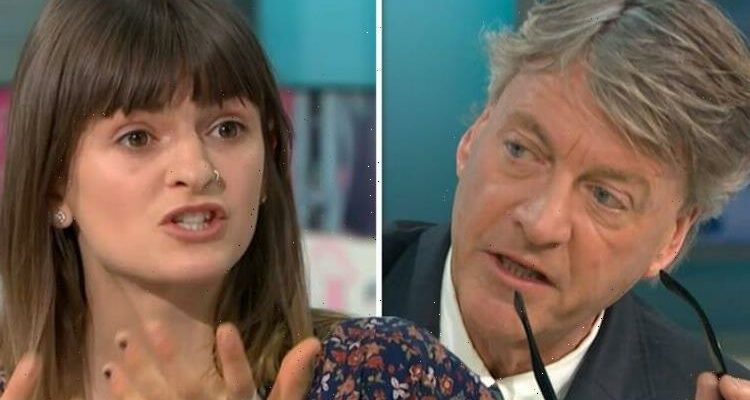 Just Stop Oil activist Miranda Whelehan and journalist Lowri Turner joined Richard Madeley and Ranvir Singh on Monday’s GMB to discuss the protests that were held across London over the weekend. The protesters demand an end to the fossil fuel economy but Richard skewered Miranda over claims of hypocrisy.

Reading out a tweet from a viewer, Richard said: “‘Everything these Stop Oil protesters wear or buy or eat is delivered or manufactured using oil and that includes the glue they use to stick themselves to the road with.’

“What they’re saying is that your protests by definition are massively imperfect.

“The clothes that you’re wearing to some extent owe their existence to oil because they were taken in a car or a truck or a van to a shop.

“There are so many ways that oil impacts on your life as a protestor but you don’t acknowledge that.”

“To be fair up to now you’ve answered questions but that’s a complete avoidance of the question,” Richard replied.

The GMB host went on to press Miranda on claims the activists are “hypocrites”.