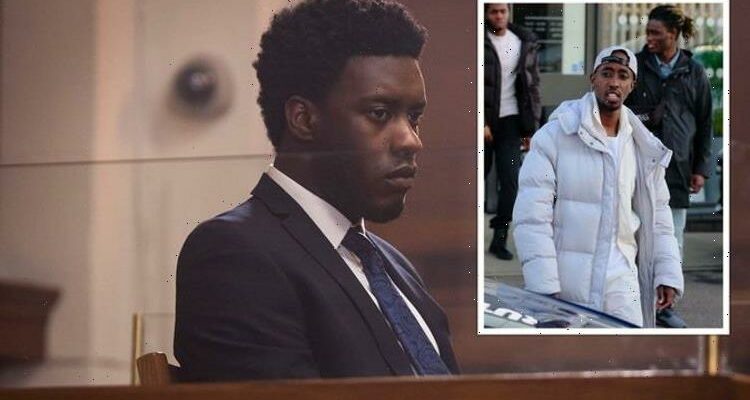 You Don’t Know Me: Opening moments of BBC drama

You Don’t Know Me has made its debut on BBC One and the TV series was inspired by the real criminal justice system. The addictive drama tells the story from Hero’s (played by Sam Adewunmi) viewpoint, who stands accused of murder. But viewers slammed the series within the first few minutes for its ‘inaccurate’ setup.

The courtroom drama is based on a book by Imran Mahmood, a barrister and writer who has documented his experiences.

The four-part series left viewers with plenty of questions as they attempted to decipher whether Hero was telling the truth.

Despite having physical evidence stacked against him, he is adamant he did not murder a young boy.

The first instalment explained how Hero had fired his own barrister during the court case so he could represent himself.

Hero was determined to present his own version of events to explain how a law-abiding car salesman is in the frame for murder.

“Defendant for murder marches down with no security, after refusing to give evidence, to give his evidence by making a closing speech which he can’t be x examined on.

“This is the BBC. Atrocious. Defund them.”

Kadge said: “Seems an improbable legal set up on #YouDontKnowMe.”

Oli from Reading pointed out: “#YouDontKnowMe the defendant is allowed to leave the dock!?”

However, there were plenty of fans who were hooked on the series and are excited for more.

Sssaffy said: “Only been watching for 20 minutes and I already know it’s gonna be a good series #YouDontKnowMe”

There were some major plot twists towards the end of the first episode as Hero found out Kyra had been involved in dodgy dealings.

In the first episode, the prosecution explained to the court how Hero knew of Jamil (Roger Jean Nsengiyumva).

Hairs from the victim were found in Hero’s car, and Hero was called up to make his closing speech.

Fans took to social media to praise the Angela Black star Adewunmi for stealing the show as the story of Jamil’s death came to light.

Donna Morfett said: “Eeeekkkk #YouDontKnowMe time. Been looking forward to this since it was first announced.”

The second instalment will air on Monday, December 6 at 9pm on BBC One, and Hero will finish his closing speech.

He is aware of the case against him and the impact it could have, but his version of events is very different to the prosecution.

The main character remains determined to prove a link between his missing love interest Kyra (Sophie Wilde) and the murder victim.

Hopefully, viewers will have more faith in the story as it unfolds.

The series will conclude on Monday, December 13.

You Don’t Know Me airs on BBC One at 9pm.