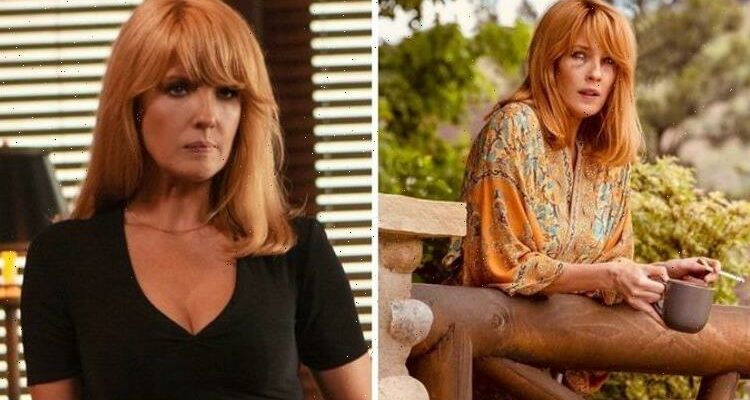 Yellowstone is known for its high stakes, high-intensity action, along with its brutal consequences for its characters. The Paramount show is no stranger to making its characters suffer, by the end of season three, Beth Dutton (Kelly Reilly) had already been through her worst season so far. It all culminated in an explosion, which some fans fear may have caused her permanent damage.

Will Beth Dutton suffer permanent damage from the explosion?

Season three of Yellowstone was one of the most shocking so far in the series.

Holding nothing back, by the final 15 minutes both the characters and viewers of the show had experienced some of the most intense action the series had delivered so far.

One character who got the worst of it was Beth Dutton, whose fate ahead of season four remains to be seen.

During the final moments of the season, Beth is ready to pack up for the day from her office.

Before she has a chance to leave, her assistant tells her she has received a package of unknown origin.

Once opened, the package has another box inside of it, which the assistant proceeds to open.

Before Beth has time to react, she attempts to stop her assistant, only to see her be eviscerated by an explosion.

The bomb caused such an enormous explosion, it could have easily killed Beth as well, but with Reilly returning for season four, fans think her fate will be more complicated.

The culprit of the attack remains to be seen, though all fingers are pointing at Roarke (Josh Holloway), the big bad of the season who is coming back for season four.

Taking to Reddit, fans have been sharing their theories on what could have happened to Beth following the finale, with one suggesting she will now suffer from permanent damage.

On the Yellowstone forum, user IHeartSev wrote: “That blast was massive and even if plot armor keeps her alive, good writing dictates there must be a horrendous price for Beth to pay.

“As the show moves forward into the coming seasons, having Beth permanently disabled as a result of the blast also opens up all sorts of new dynamics within the family.

“Her relationship with Rip, and most of all in her perception of herself and who she is.”

If this turns out to be the case, it would change Beth dramatically, as the fan stated: “Beth’s persona has been that of a force to be reckoned with,” and this would be a new challenge for her to overcome.”

Viewers seem divided over Beth’s potential fate, though most believe she will recover to some extent during the season.

The trailer for the upcoming season hasn’t provided any indication either, with most of the footage showing season three, and only one new shot of Rip Wheeler (Cole Hauser) and John Dutton (Kevin Costner) shown.

All will be revealed in the fourth season, though no official release date has been confirmed so far.

The trailer ends by simply stating: “Coming this Fall.”

However, Deadline has reported the show could return in November, putting the release firmly in the middle of the fall season.

While there could potentially be a three-month wait ahead for Yellowstone to drop, the wait is coming to an end and Beth’s fate will soon be revealed.

Yellowstone season 4 will premiere in autumn 2021 on the Paramount Network.