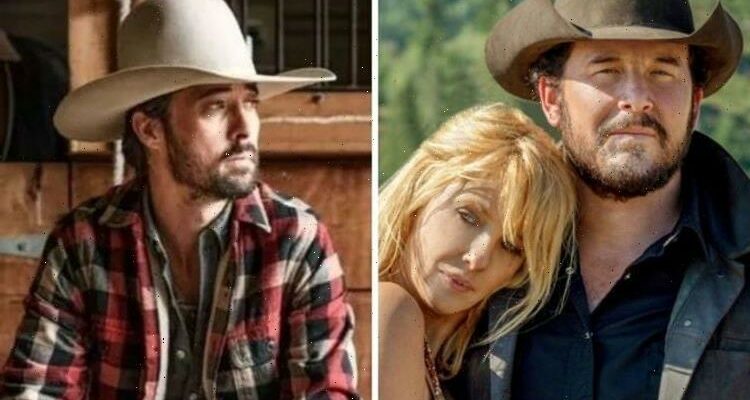 Paramount Network’s hit series Yellowstone is nearing its season four finale and it looks as though season five could see a major feud. Ryan Bingham who played Walker dropped a major clue and hinted at Beth Dutton (Kelly Reilly) and Rip (Cole Hauser) splitting up.

Throughout the series, Beth and Rip’s relationship was often highlighted as unconditional and the two were considered soulmates.

Having met as teenagers, when Rip first began to work on the Dutton Ranch, the two hit it off and have been together ever since.

Despite this, season one saw Walker become a major threat to their relationship when it wasn’t as concrete.

His arrival to the ranch saw Rip competing for Beth’s affection after Walker made it clear he was attracted to her and now it looks as though the two could reignite their romantic interests.

During a behind the scenes interview with Paramount Network for the latest episode ‘No Such Thing as Fair,’ Ryan dropped a major clue.

The actor stated “I feel like Walker was going in a different direction and all of a sudden he gets pulled back in that triangle of Beth and Rip.

“I don’t know, to be honest, I don’t want to get on Rip’s bad side – things are starting to go pretty good,” Ryan added, “I hope he doesn’t get too upset.”

The clip showed Walker and Beth sharing an intimate moment as she watched him strum his guitar and unbeknownst to them Rip was watching from a distance.

Walker and Rip have had major feuds in the past, so Walker trying to rekindle things with Beth could be disastrous.

Tensions first rose with Walker’s arrival at the ranch, with Rip being a disciplinarian and giving orders the two often clashed as Walker would second guess and question his orders.

While the two did not see eye to eye when it came to working, many fans predicted it began with Rip’s jealousy.

Back in season one, fans watched as Walker taught Beth how to properly ride a horse and spend much of their time chatting to one another.

By episode seven, Rip became jealous and started to clash with Walker after Beth began showing interest back.

While it emerged to be harmless flirting, it was clear Beth only had genuine feelings for Rip and this was seen in season three when she proposed to him.

The two also looked to expand their family and although Beth is infertile, the couple agreed to raise Carter, after she became his guardian when the youngster’s father died.

While season five looks hopeful for the family, in true Yellowstone fashion, tensions are lurking.

While their relationship appears to be rock solid, all it would take is Beth to show interest back at Walker for the breakup to happen.

However, this wouldn’t be the first time Walker found himself in a love triangle, as he found himself having romantic interests in Laramie (Hassie Harrison) despite the fact she’s involved with Lloyd (Forrie J Smith).

While fans would be devastated to see the end of Beth and Rip, Kelly previously stated a breakup would be the “end of Beth.”

Speaking to Parade, the actress shared: “I think the worst thing that could happen to Beth is to either lose her father or Rip.”

Yellowstone season 4 airs on Sundays on The Paramount Network.