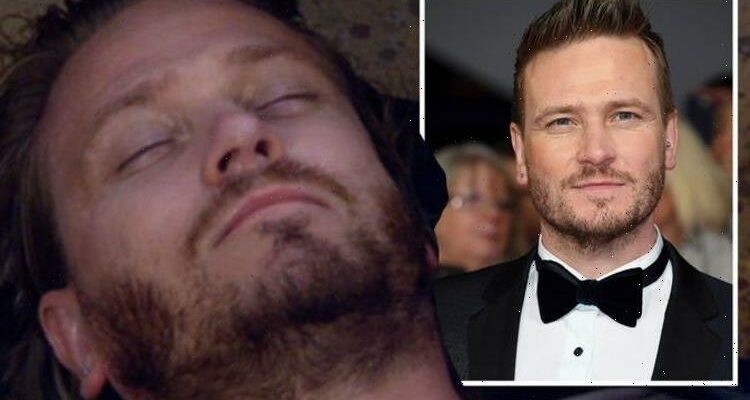 David (played by Matthew Wolfenden) was left fighting for his life on Emmerdale after the culmination of this week’s episodes left the beloved character’s fate looking fragile. Victoria Sugden (Isabel Hodgins) and Wendy Posner (Susan Cookson) did everything they could to try and save their fellow villager’s life. However, with the prospect of him surviving not looking great, fans will be wondering if this is the end for the ITV soap favourite and if actor Matthew has quit the role.

What happened in the Emmerdale siege?

The newcomer was demanding his ex-wife and mother of his grandchild hand over the £50,000 his mother had left to Harry.

With tensions mounting inside The Hop leisure activity centre, David managed to sneak in and hide under a desk.

Unfortunately, his phone ringing led the gunman to discover there was someone else he could hold hostage, not realising the police had been contacted.

As Wendy tried to make her former lover realise what he was doing was wrong, he received a phone call and his back was turned, leading all three of his hostages to race towards him.

The gunshot rang out throughout the village and by the start of Friday night’s episode, Victoria was nursing a wounded David.

As the episode went on and the pair confessed their love for one another, David became weaker and weaker before finally passing out.

Wendy checked his pulse and by the second, it was dropping, making it more likely David was going to die if he didn’t get out.

As Wendy once again tried to get through to her ex-husband, Victoria had managed to get herself behind him.

With a fire extinguisher in hand, she hit him over the head and this allowed the hostages to make their exit.

Will David Metcalfe die in Emmerdale?

With David continuing to bleed out from his injuries, Wendy emerged from The Hop and told the armed police officers they needed help inside.

When they stormed the building, they found Victoria pressing down on the wound and they told her to hold her hands up.

She initially refused as she feared if she would let go, David would die but eventually she followed the authorities request.

This could prove to be fatal as David continued to bleed out at an alarming rate but it wasn’t long before the ambulance crews got to work on him.

The beloved character was sent to the hospital where Victoria and his son, Jacob Gallagher (Joe-Warren Plant) and his father Eric Pollard (Chris Chittel) were waiting to see if he would live.

David was sent to critical care and as the nurses informed his family the next few hours would be important to determine if he would survive, they all broke down in tears.

Jacob recalled being with his father in the ambulance and holding his hand but stating David didn’t know he was there with him.

Victoria tried to offer some reassurance but it wasn’t enough as even she was starting to think he might not make it.

There has been no official confirmation from the ITV soap a character would die in the shooting so it’s not publicly known whether David is going to die.

However, the bosses have in the past kept such information from viewers until the time of transmission to make it a big surprise.

Fans of the show took to Twitter before the action-packed episodes aired and shared their thoughts David could die in the siege.

One viewer wrote on the social media platform: “I think it’s either David or Wendy who are shot #emmerdale.”

Another posted: “Likely that David will have been shot. And we know he does not die. If that is the case then again very underwhelming #Emmerdale.”

Whilst a third remarked: “I swear down if David or Victoria are seriously hurt I’ll be so mad #emmerdale.”

“I think David’s been shot! He must have been #Emmerdale,” a fourth shared with a fifth stating: “Think it’s David that’s been shot by looks of it #emmerdale.”

There has been no official comment from the bosses of the show as to whether Matthew is quitting the role he has played since 2006.

In the past, the actor has spoken out on if he would ever leave the show in an interview with his wife and Debbie Dingle star, Charley Webb.

Charley admitted: “There’s always going to be a part of you that thinks, ‘Do I want to try something else?’ I’m sure there will come a day when I might, but I’m happy where I am for now.”

Following on from his spouse’s comment, Matthew replied: “I’m really happy there, too.”

This means it is unlikely the actor or David will be leaving the role and the siege could have been done to bring him closer to Victoria.

Emmerdale airs weeknights at 7pm, with an extra episode airing at 8:30pm on Thursdays, on ITV.