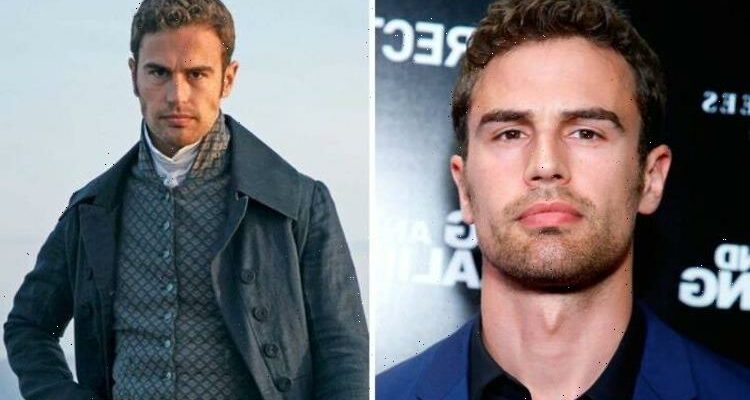 Sanditon fans rejoiced when the period drama was renewed for a second and third season by Britbox earlier this year. The original plan by ITV was to scrap the show altogether but thankfully, Sanditon does seem to have a bright future ahead. However, the cast will take on a very different shape without leading man Theo James who played Sidney Parker on screen.

Why did Theo James leave Sanditon as Sidney Parker?

Sidney Parker (played by Theo James) was the brooding charmer of Sanditon season one, both enticing and confusing newcomer to the seaside town Charlotte Heywood (Rose Williams).

She grew fascinated by him and slowly but surely their romantic story began to develop.

It wasn’t until the final episode that Sidney and Charlotte exchanged their words of love for one another but it wasn’t meant to be.

Sidney left fans stunned when he announced that he would be marrying wealthy widow Eliza Campion (Ruth Kearney) instead so he and his family would have financial security.

When news came that series two was on the horizon, viewers hoped that this meant Charlotte and Sidney’s love story wasn’t quite over.

However, shortly after the big reveal, actor James squashed any hopes of a reunion.

The Underwood star made it clear that he wouldn’t be back for any future series of Sanditon.

Fans were left very disappointed at this update as the drama, despite being cancelled, has a loyal following.

But James made it clear in his statement that it was actually because of the tragic ending that he didn’t want to return.

More often than not, actors exit popular shows if the gap between filming is too long, due to a new conflicting schedule.

This wasn’t the case with James as he chose to no longer be part of Sanditon’s story.

He clarified in a statement: “Although I relished playing Sidney, for me, I’ve always maintained that his journey concluded as I wanted it to.

“The broken fairytale-like ending between Charlotte and Sidney is different, unique and so interesting to me and I wish the cast and crew of Sanditon every success with future series.”

Since the first series aired in 2019, James has been working on various other projects.

He has been in Netflix’s The Witcher, movie Archive, Castlevania as Hector and Sky Atlantic’s comedy-drama The White Lotus.

James is going to star in the TV adaptation of The Time Traveler’s Wife which comes out sometime in May 2022.

He will also be in the upcoming period drama Mr Malcolm’s List alongside Outlander actor Sam Heughan.

As Sidney and Charlotte’s love story is no more, this means more love interests will be on the way.

When Charlotte takes up a job as a governess, she becomes enthralled by the children’s guardian Alexander Colbourne (Ben Lloyd-Hughes).

Sparks will also fly between herself and war hero Alexander Colbourne (Ben Lloyd-Hughes) but who is she going to choose?