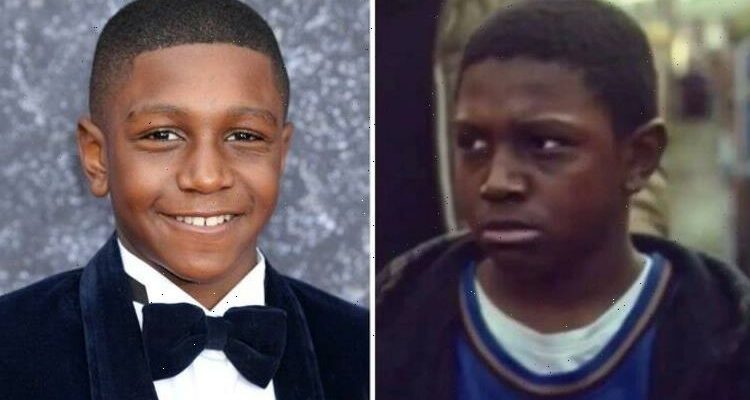 Top Boy tells the story of rival gangs that thrive in east London housing estates, with Dushane Hill (played by Ashley Walters) leading the way at Summerhouse. The last time fans saw the Netflix series, he had managed to climb his way to the top, with no stop to his reign in sight. Despite his success, Dushane’s rise to power didn’t come without making a few enemies.

Jamie Tovell (Micheal Ward) was trying to get ahead of Dushane in the gang but he soon put a stop to this thanks to his brother Stefan’s (Araloyin Oshunremi) friend Ats Ayittey (Keiyon Cook).

At the end of season one, Ats planted a bag of drugs and weapons in Jamie’s flat and Dushane gave the police a tip-off, leading to the arrest of his brothers Stefan and Aaron (Hope Ikpoku Jr)).

To ensure they didn’t get in trouble, Jamie took the blame for the bag and was sent to prison which didn’t sit right with his family and friends, especially Kit (Kadeem Ramsay).

He even attempted to shoot Ats and his mum Amma Ayittey (Jolade Obasola) who, thankfully, were able to escape just in time.

Fast-forward to season two and Amma was left distraught as she wasn’t able to find her son who had been missing for a few days.

Stefan wasn’t talking to Ats after what he did to Jamie but decided to ring him to see if he was alright.

The phone was shortly discovered by builders who found it ringing in a skip.

To the shock of subscribers, this wasn’t the only thing they found as when they pulled back some of the rubbish, they saw Ats’ lifeless body.

Ats Ayittey has been played by 13-year-old actor Keiyon Cook who had a massive role in the first series.

While Cook does have both Twitter and Instagram, he isn’t a frequent user and hasn’t said anything regards to his character’s death in Top Boy just yet.

He has been working on a new short called Mourning Bird but no other projects are in the pipeline so his exit most likely wasn’t down to a conflict in scheduling.

Despite Cook’s radio silence on the matter, star and executive producer Ashley Walters has described Ats’ death as the “driving force” of season two.

Walters explained to RadioTimes: “I guess you could call it a kind of a spine that a lot of other storylines grow off the back of.

“Especially one huge one at the end comes off the back of what happens in the beginning.”

He added it was a “shame” to lose Ats but “there was not much that we could do about it, so we honoured that journey in the best way we could.”

So going by Walters’ comments, it was a creative decision to kill off Ats rather than one made by Cook.

By the end of the second season, fans find out that it was Kit who was responsible for the youngster’s death.

He hired someone to beat up Ats but things quickly went wrong and he ended up shooting the teenager instead.

Kit tried to cover it up but later admitted what happened to Jamie who was then instructed by Dushane to pull the trigger on his friend which he did in the series finale.