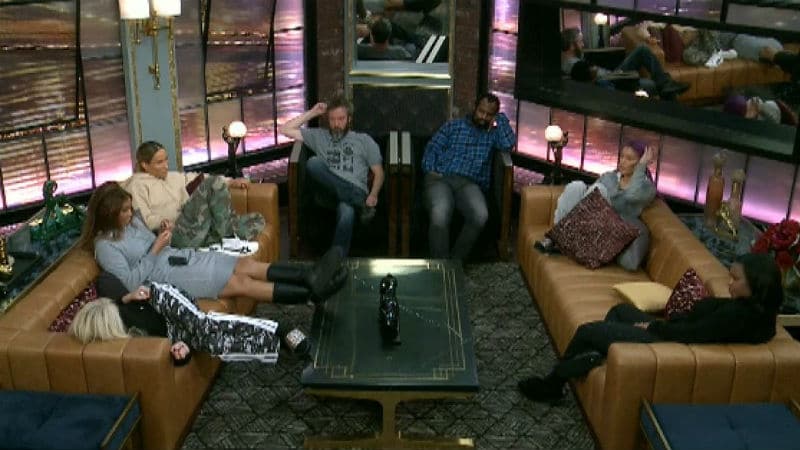 Celebrity Big Brother has come to an end. The season was incredibly surprising, with plenty of twists thrown in to shake things up.

As the final five headed into the live finale, there were speculations on who would win and where things would end up between some of the houseguests.

Ricky Williams was the current Head of Household going into the live show. He nominated Kandi Burruss and Dina Lohan for eviction. The Power of Veto had already been played, with Lolo Jones taking the win.

Tamar Braxton was sitting pretty without much worry.

Who
finished in fifth place on Celebrity Big Brother?

Going into the live vote and eviction, Lolo wanted Kandi gone, but Tamar wanted Dina gone. The votes ended in a tie, with each houseguest voting the way they promised. Ricky was forced to break the tie and he voted to evict Kandi.

Now,
Kandi Burruss will join the jury and vote for the winner of Celebrity
Big Brother.

The Live Finale is starting now! Who will be the winner of #BBCeleb?! Drop your guess in the comments below! ⬇️

Who
won the Celebrity Big Brother final Head of Household?

The Head of Household competition was Celebrity Lookalike Junior. Dina was having a hard time remembering the events of the season and fell behind.

Ricky and Tamar were neck and neck, knowing many of the answers.

When it all came down to it, Ricky and Tamar each got six correct answers. They went to a tiebreaker competition, and it was there that Ricky won the final Head of Household competition. He had to choose who he would take to the final two.

Who
did Ricky take with him to the final two?

Despite some doubt, Ricky Williams did choose to honor his deal with Tamar Braxton. The two would face off against each other, and their peers would decide who would walk away victorious.

The jury votes fell as follows:

Tamar Braxton was the Season 2 winner of Celebrity Big Brother.

Big Brother will return this summer for Season 21 on CBS.