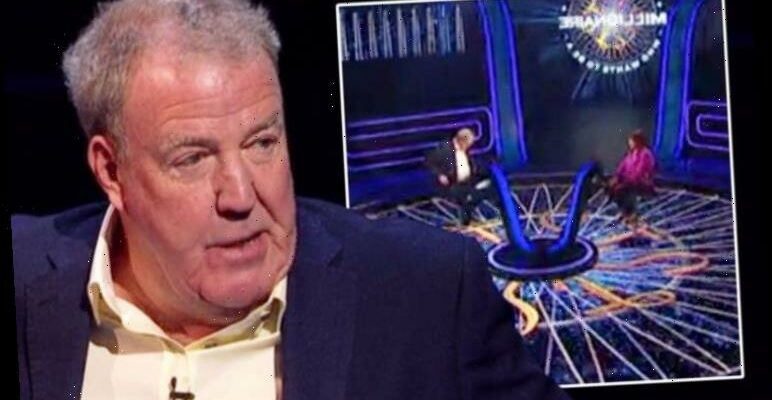 Who Wants to Be a Millionaire: Jeremy jokes about his chair

Jeremy Clarkson was back in the Who Wants to Be a Millionaire host’s chair on Sunday evening to try and help more budding quizzers pocket the elusive £1million jackpot. However, while it was the first two quizzers who suffered rather embarrassing setbacks which saw them lose thousands of pounds, Jeremy also almost had egg on his face when he slipped out of his chair.

The moment came when second player Norma faced her £4,000 question.

After toying with what the possible answer could be, Norma eventually convinced herself to go for it.

She was asked by Jeremy: “Which of these electronic gadgets would most likely be advertised as ‘circumaural’?”

Norma rightly identified ‘Headphones’ as the correct answer but Jeremy’s congratulatory words shortly after were interrupted. 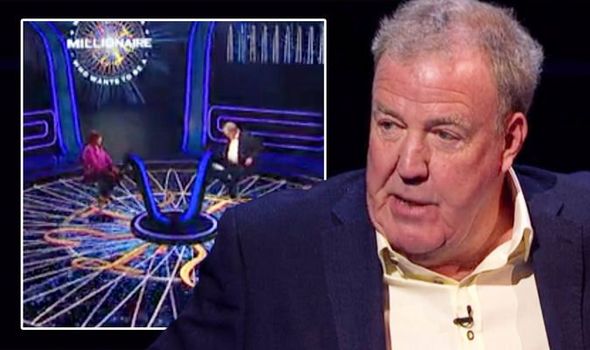 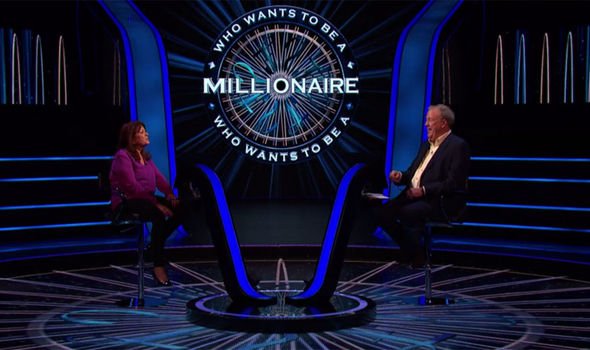 At that moment, the Who Wants to Be a Millionaire host slipped out of his chair but just about managed to regain his composure.

“Just fell out my chair,” he told Norma as he made a joke of the situation.

Studying the chair for faults, he joked: “We got these from a closed down wine bar.” 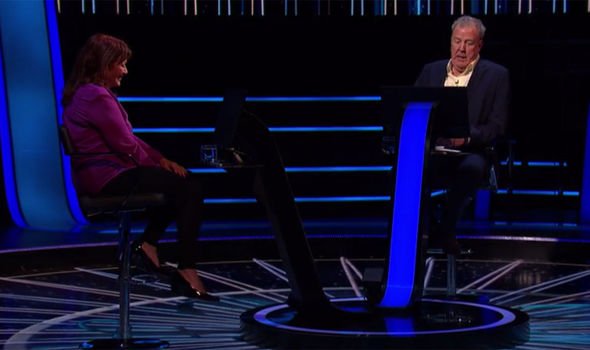 Norma let out a laugh and Jeremy managed to adjust the settings to avoid a similar fate again.

The ITV contestant continued with her stint on the show but sadly didn’t get anywhere near the jackpot.

In fact, Norma was sent home with just £1,000 – despite still having lifelines in play.

Facing her £16,000 question, Jeremy asked: “Which of these musical was written by the creators of South Park?”

After using a 50/50, Norma was left with either Avenue Q or The Book of Mormon as the possible answer.

But instead of using her remaining Phone a Friend, Norma went for it, opting for Avenue Q.

“(Good) for the remaining four contestants because now they have a chance to sit in the chair, it’s the wrong answer.”

Norma looked stunned after Jeremy’s delivery as she let out: “Ohhhh.”

“It’s the one you were certain it wasn’t, it was The Book of Mormon,” Jeremy told her.

But will next week’s contestants have better luck when they take to the hottest?

Who Wants to Be a Millionaire continues Sunday on ITV.