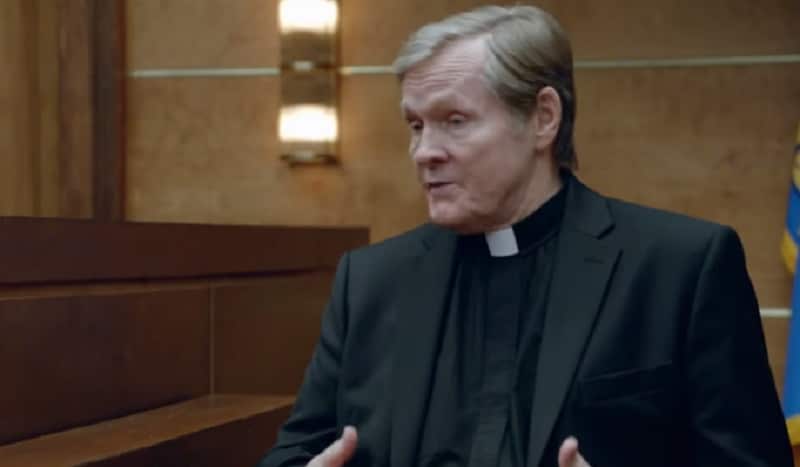 Actor William Sadler guest stars as Father Andy on the new episode of Bull. TAC has agreed to represent a priest who was charged in a fatal hit-and-run. That priest is Father Andy, who brings some further complications to his own case.

Bull (played by Michael Weatherly) will have to figure out if Father Andy was driving the vehicle or if he is covering for someone else. Viewers will get to enjoy an exciting twist in the story during this episode, but those spoilers aren’t going to be revealed here.

Can Bull and the TAC save the day on the Bull fall finale?

Who is William Sadler?

Actor William Sadler is taking on the role of Father Andy on the Season 3 Bull cast. His acting career began on the stage, with more than 75 stage credits to his name over a 12-year span. He has, since then, appeared on quite a few television shows and in some very memorable film roles.

Sadler is recognizable for his roles of Heywood in The Shawshank Redemption and for Stuart in Die Hard 2. Other movies he has appeared in include Bill & Ted’s Bogus Journey, The Mist, Machete Kills, and Iron Man 3 as President Ellis.

On television, William Sadler starred as Sheriff Jim Valenti on Roswell, Tony Teresi on Power, and John McGarrett on Hawaii 5-0. That’s in addition to guest starring on shows like Z Nation, The Blacklist, and Blue Bloods.