In October 2022 they teamed up for BBC One show Unbreakable. 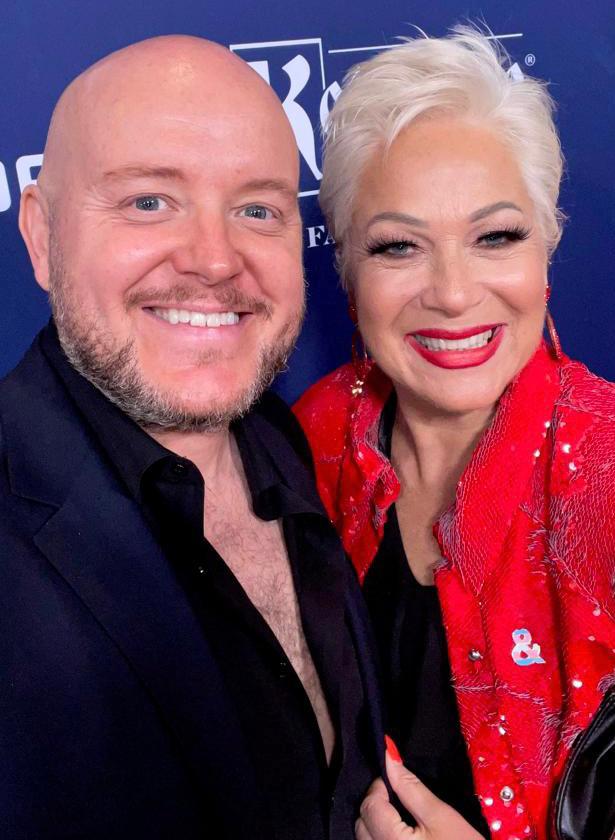 Who is Lincoln Townley?

He is a millionaire contemporary artist and former PR manager from London.

His paintings have been exhibited in London, Los Angeles, and Australia.

In 2017 Lincoln also appeared in a film with Denise in which detailed her struggles with mental illness.

Then in 2022 they were part of the BBC's Unbreakable cast, which aimed to put strong married couple's to the test.

Also in 2022, The Sun reported how Lincoln sealed a £3million deal for six paintings with a US buyer after the pound plunged against the dollar.

When did Lincoln Townley get married to Denise Welch?

Lincoln married Denise in 2013 with a fairytale wedding in the Algarve, Portugal.

At the time Lincoln told the Daily Mail: 'My most brilliant achievement was persuading Denise to marry me.

Denise was previously married to Benidorm star Tim Healy, but they divorced in 2012.

What is the age gap between Denise and Lincoln?

In March 2018 Denise candidly opened up about her sex life with Lincoln.

She said: "I read a survey the other day that said sex is supposed to be better than ever in your 60s – and with my 60th coming up in May, I thought that was fantastic news…

"I'm not afraid to tell my partner what I want. When you're young, you don't want to speak out so much.

"I was more of a people pleaser but now I'm not. Plus, it helps that my husband is 15 years younger than me!"

She added: "I'll check back in six years time and let you know if I'm still throwing him round the boudoir."