When director Ari Folman (“Waltz with Bashir”) was first approached about tackling an Anne Frank movie nearly a decade ago, he immediately refused. He thought everything had been done before, there was nothing left to explore. But the Anne Frank Fonds Basel, the Swiss non-profit that holds the copyright to her diary, wore down his resistance. And so did Folman’s mother, who was an Auschwitz Holocaust survivor.

“I realized that if something will not change in the way we teach young children about the past, it will fade. It will look to them like ancient history,” said Folman. “Eventually, I read the diary again. I was intrigued about the possibilities of using animation to tell this story. My demands were to animate it, to make it for children, and to portray the last seven months of Anne Frank’s life in the camps [Auschwitz and Bergen-Belsen], which is a story that has never been told artistically. And then to connect past to present, which was not easy.”

But Folman needed a fresh narrative device to connect fact with fantasy, which he found in the form of Kitty, Frank’s imaginary friend to whom she wrote the diary. “There’s such a beautiful description that Anne gives about her imaginary friend,” Folman continued. It’s like a manual about how to create her in an animation studio. So we followed it. But I put in the red hair, and gave her parts of my daughter, but the rest Anne invented. She was Anne’s alter ego. She was everything Anne wanted to be but could not because she was isolated as a teenager. So I made Kitty more vivid…she’s a rebel.” 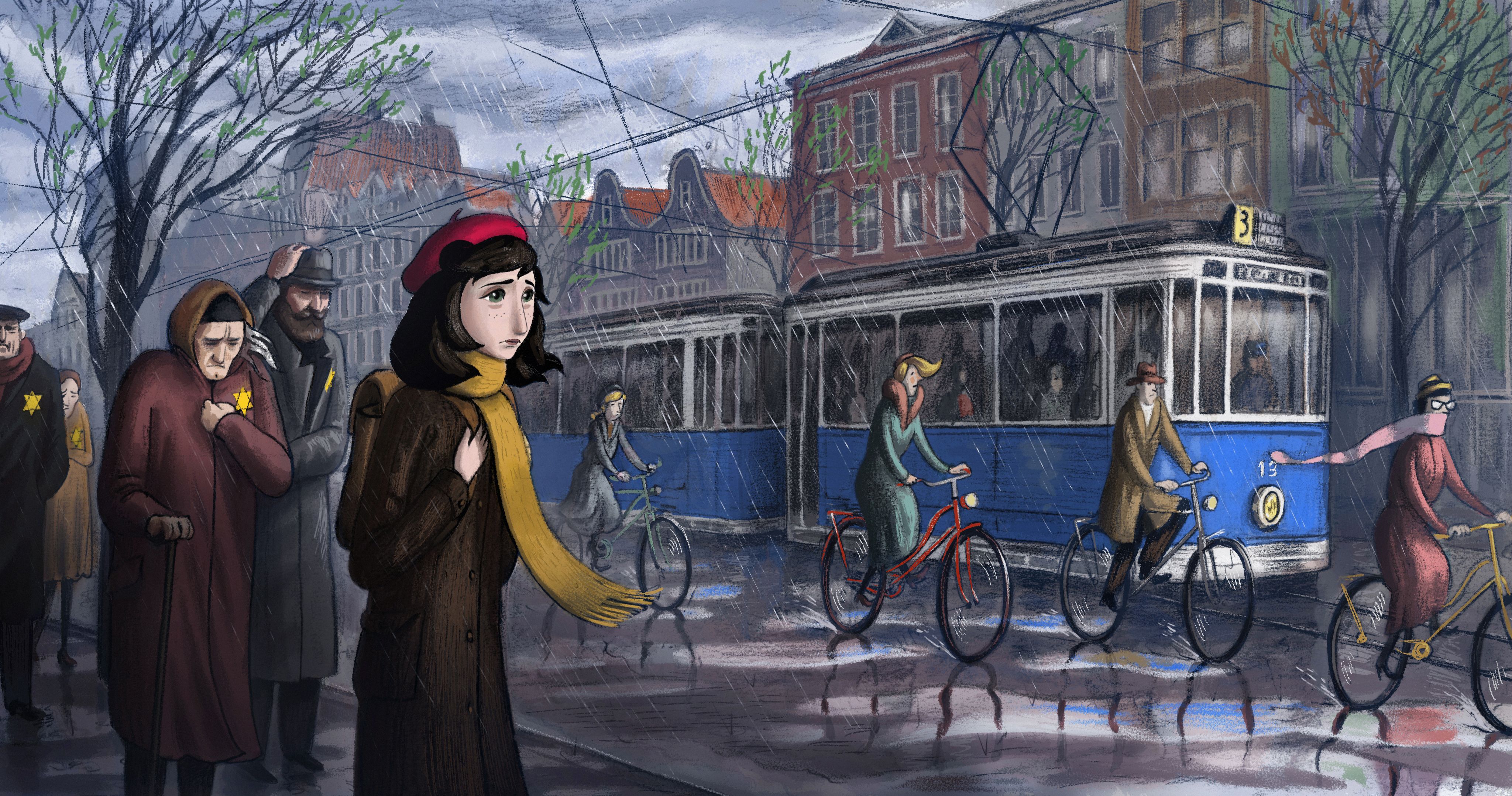 Kitty (Ruby Stokes) literally springs to life from from inky contents of the diary, which resides at the Anne Frank House in Amsterdam. Cutting back and forth between past and present, Kitty investigates what happened to Frank (Emily Carey), trying to comprehend the horror and the legacy, while simultaneously observing the refugee crisis in the city. She eventually becomes an activist dedicated to helping the children, while falling in love with her own Peter (Ralph Prosser), who’s a refugee.

“I started writing the script in 2014, and when the refugee crisis started a year or two later, I changed the third act accordingly,” said Folman. “As you can see with the Taliban, it is very accurate to the present situation. It never ends. Unfortunately, sadly, it stays really relevant. But I thought I had to be clever in how I chose it. I took the liberty not to compare because there is no comparison between present time refugees and the history of the Jews in World War II. But bringing it from the Arab world was too much for one movie, and, also, there are a lot of refugees from Central Africa and Mali in Amsterdam, who are in terrible risk of being deported back home, and I decided to go for that.”

When it came to animation, though, Folman embarked on a daring journey with art director Lena Grubman and animation director Yoni Goodman. The original plan was to combine 2D for the characters and stop-motion for the environments. This would convey the impression of Frank being isolated in a doll house. However, an initial test in which Frank and Peter (Sebastian Croft) go inside their radio proved so successful that the director wanted to switch entirely to stop-motion. The test was conducted by cinematographer Tristan Oliver and stop-motion designer Andy Gent, both from Wes Anderson’s “Isle of Dogs” and “Fantastic Mr. Fox.” 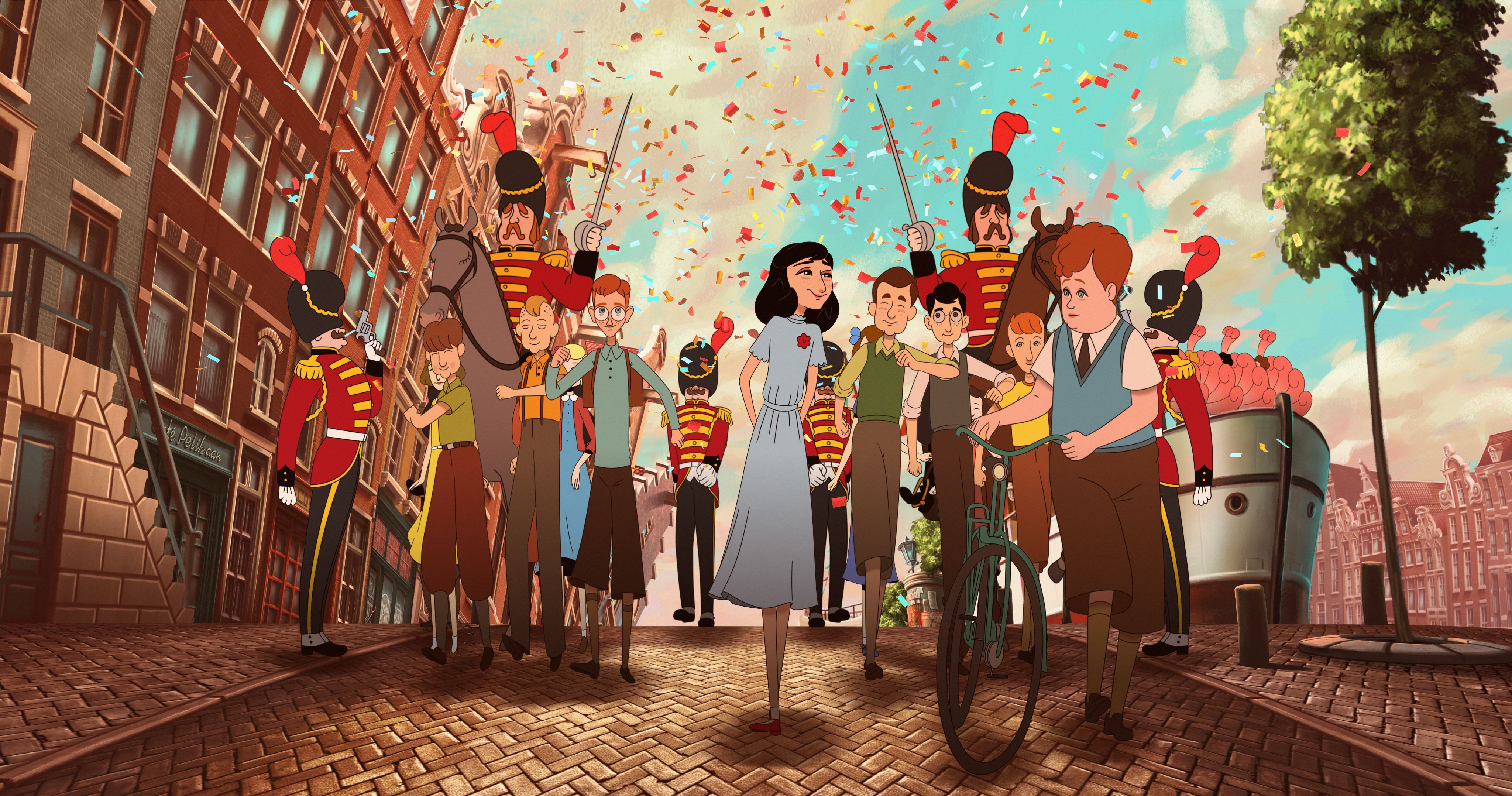 “We did another test with Anne and Kitty as puppets,” added Folman, “but I couldn’t raise the extra financing. The budget was $20 million and we needed $40 to do stop-motion, so we went back to my original plan of doing a combination of 2D and stop-motion, with Tristan Oliver as the cinematographer and Andy Gent making miniatures of the Amsterdam house annex, the train, and inside the radio.”

Folman started with animation studios in Israel, Brussels, and Luxembourg but expanded to 14 as a result of the pandemic. He also decided on a color palette that depicted Frank’s isolation in vivid color in contrast to the monochromatic bleakness underlying Amsterdam today. Yet the most difficult decision was how to depict the Nazis. Folman called his mother for advice. “I asked her how she saw them as a teenager in the camp,” he said. “And she told me: ‘I thought they were perfect…they were gods from our low angle [looking up].’ 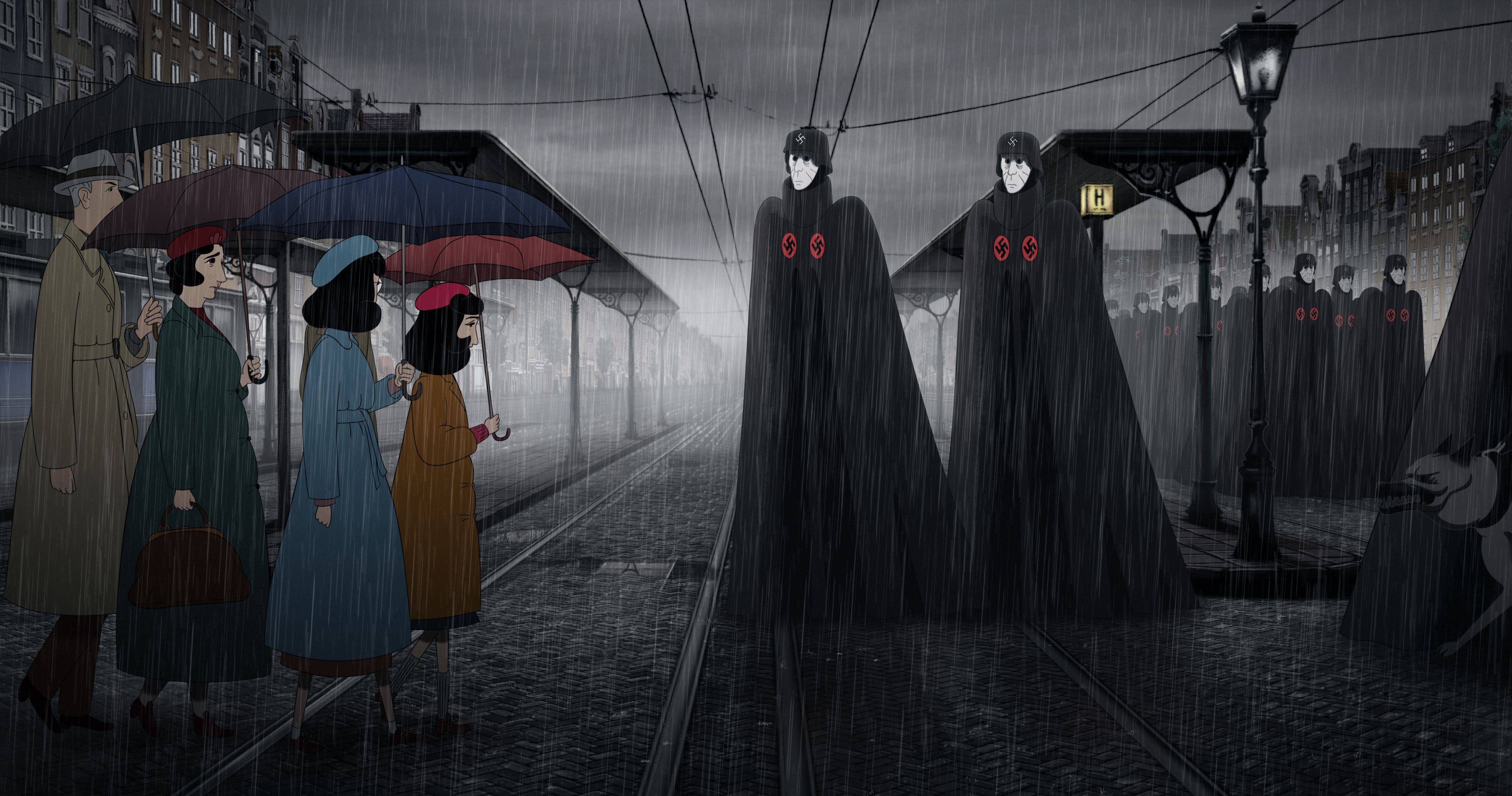 “And then after the war she told me that looking at the newsreels from the Nuremberg trials that all those people that she saw at the camp — and one woman, in particular, who was the youngest person ever to be tried for crimes against humanity — that she was a very ugly. So we used this point of view to design the Nazis as giants of the Underworld with masks and ferocious dogs. And we [drew] on Greek mythology which Frank was very fond of.”

But after spending eight years making his animated re-imagining of Anne Frank’s diary, Folman has been extra cautious about partnering with a North American distributor for this Oscar season. “I’ve considered a few offers, but it’s very important that it’s someone who understands that this is not an art house movie — it’s a children’s movie,” he said. “And with all this work, you have to see it in a theater, but I’m worried about people not going to the cinema and watching everything at home. I’m hoping for the best.”