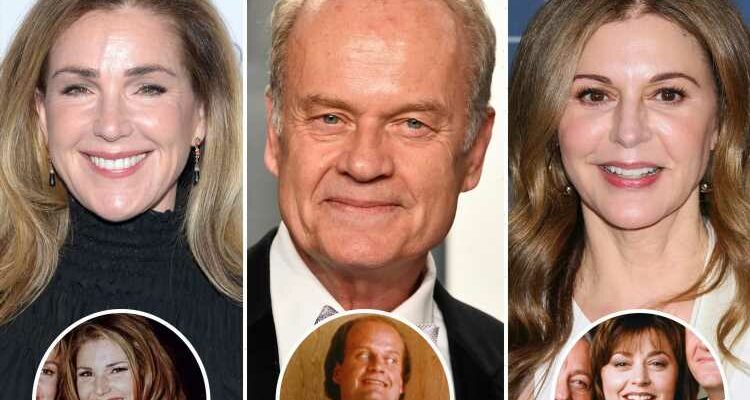 FRASIER is considered one of the most successful sitcoms of all time, having won 37 Emmy Awards over the course of its time on air.

The show is set to return to screens after executives announced it's rebooting the series on Paramount Plus. 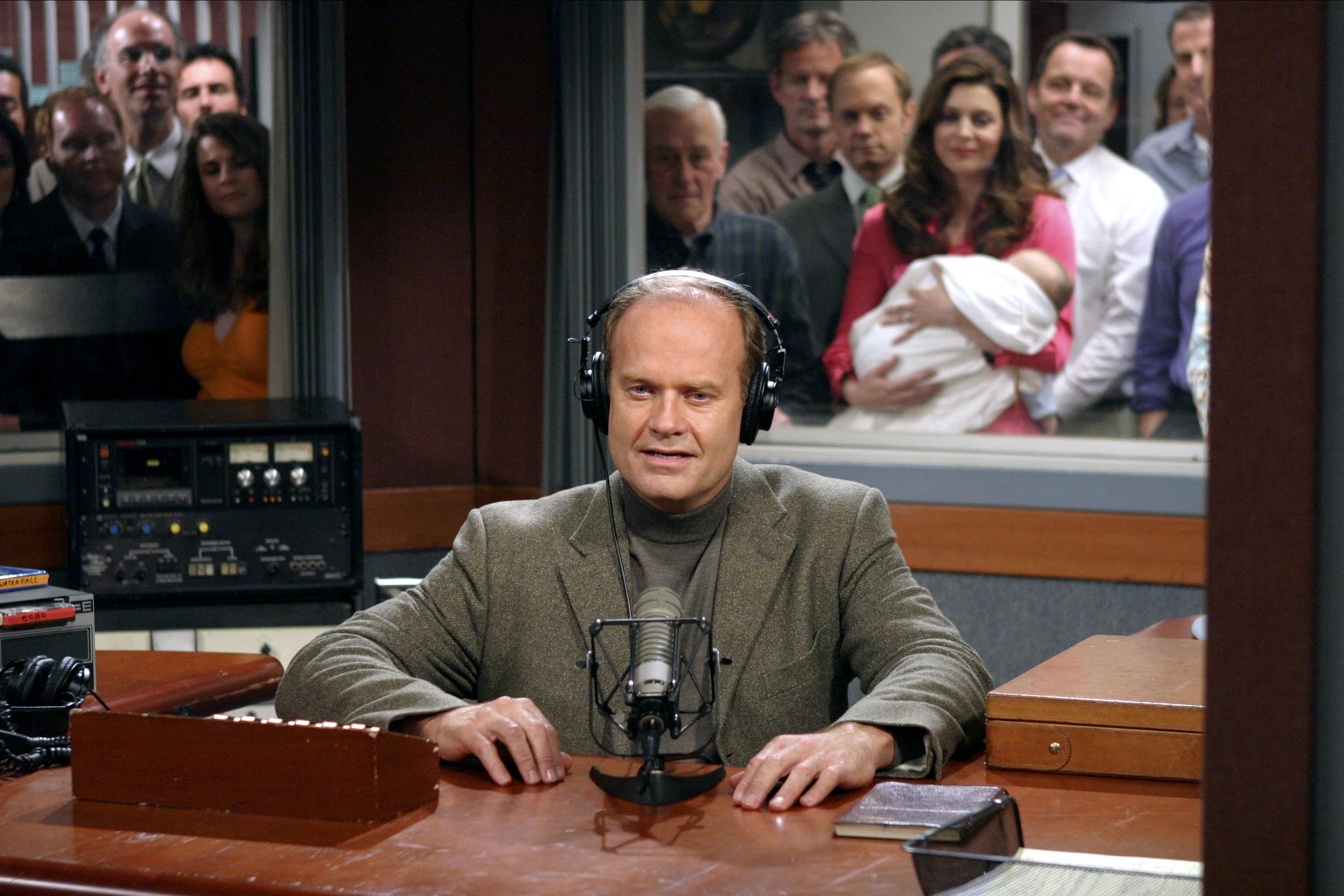 From tragic deaths to bitter divorces and addiction battles, we take a look at where the iconic cast are now. 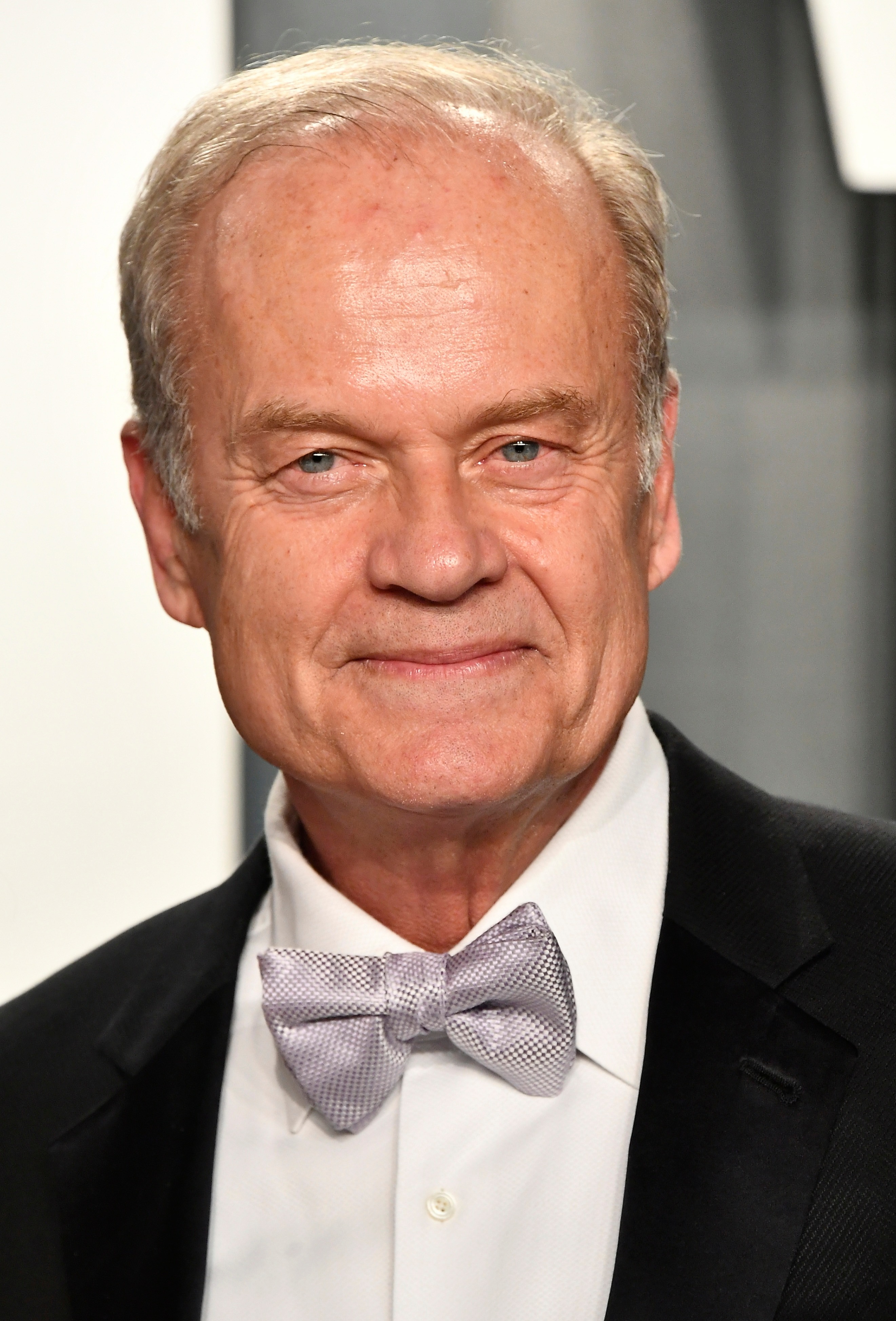 The actor played psychiatrist Dr Frasier Crane in the comedy which ran for 11 seasons from 1993 to 2004.

His character first originated on sitcom Cheers, Frasier was later created as a spin-off.

Viewers watched Frasier endure a tumultuous love life on-screen with a string of sophisticated women throughout the series.

Despite his pretentious flaws, many grew fond of his genuine bond with his father Marty Crane and his relationship with his brother Niles and sister-in-law Daphne. 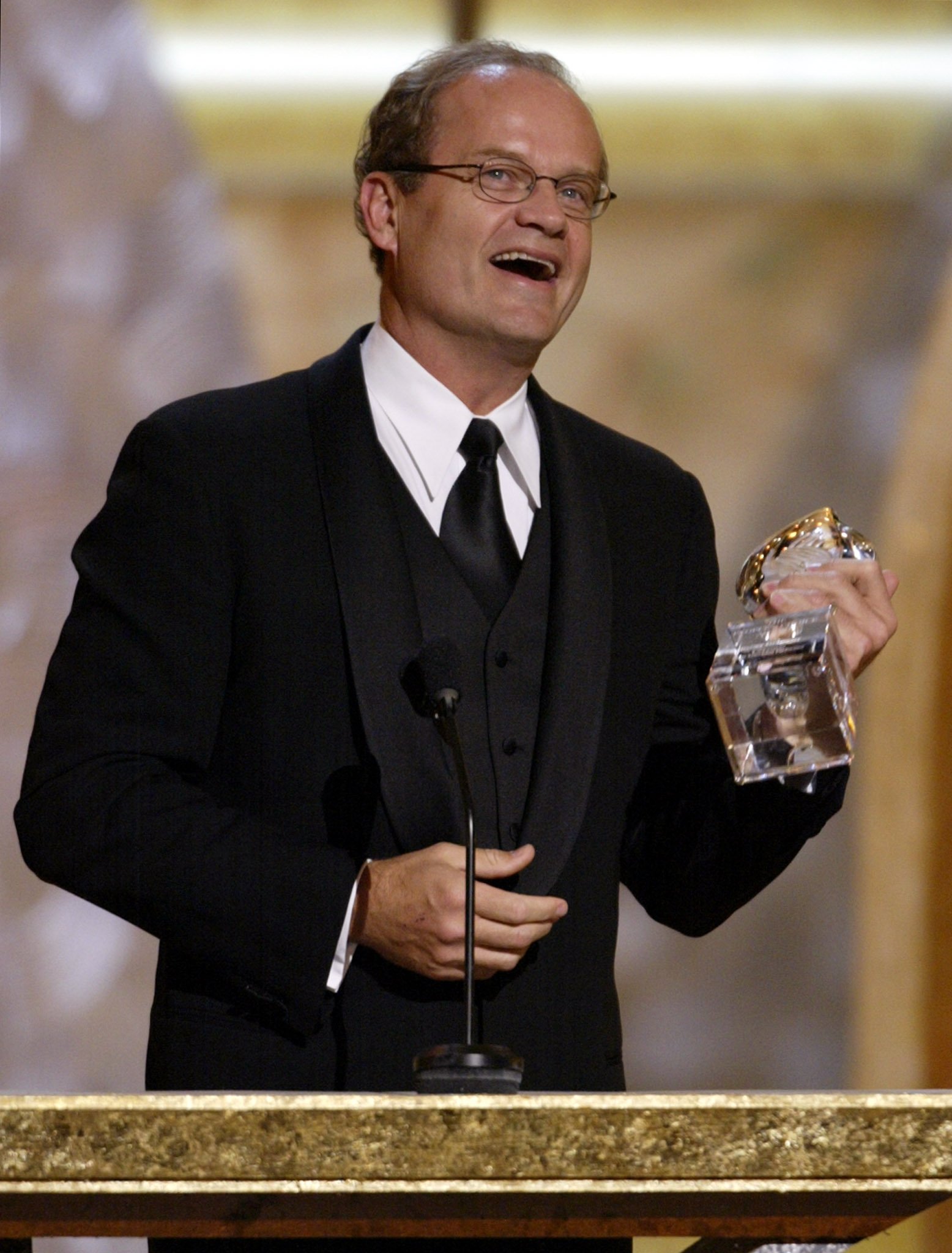 The series finale saw Frasier head off to start a new life in San Francisco after his dad remarried Ronee Lawrence and his brother finally settled down with Daphne after seasons of him lusting over her.

Similar to his character, Kelsey has continued to enjoy a successful career – having spent over 20 years both producing shows and performing in several, the star has several accolades to show for it.

Kelsey continued playing the voice of Sideshow Bob in The Simpsons until 2017.

He has since appeared in a variety of hit movies including X-Men: The Last Stand and X-Men: Days of Future Past and Transformers: The Age of Extinction. 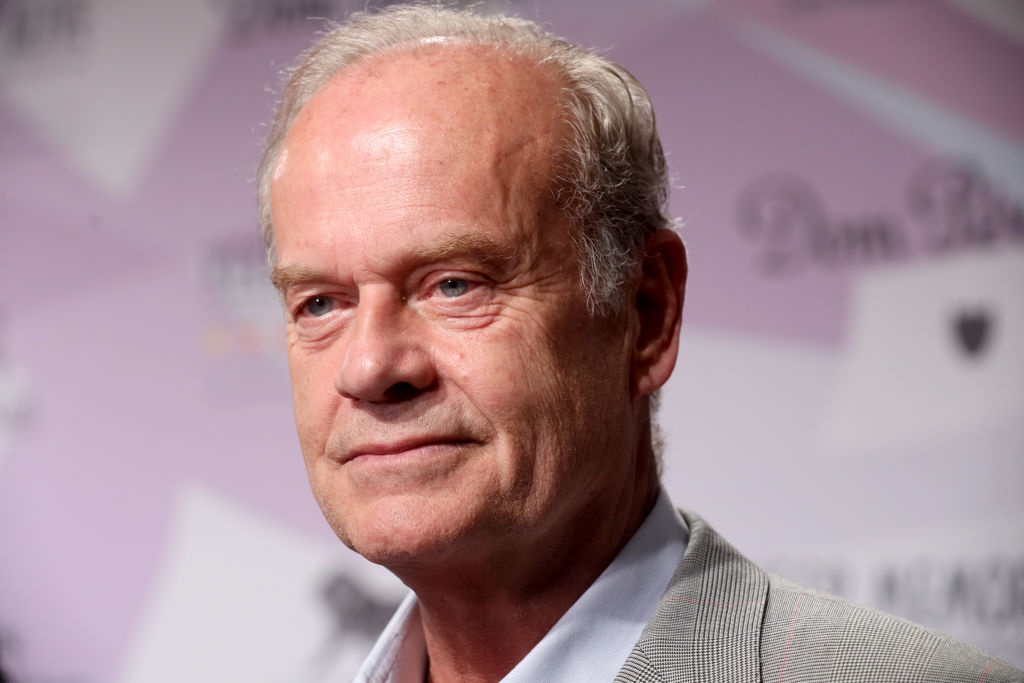 The actor also landed roles in Back to You, Boss and Proven Innocent. He also appeared in the 2020 film The God Committee.

The actor is certainly no stranger to a proposal or two, having been married four times.

The star has hit headlines in the past for his chaotic love life, he has seven children with three women.

He first tied the knot with dance instructor Doreen Alderman in 1982. Together, they had a daughter Spencer, now 35, before calling it quits in 1990. 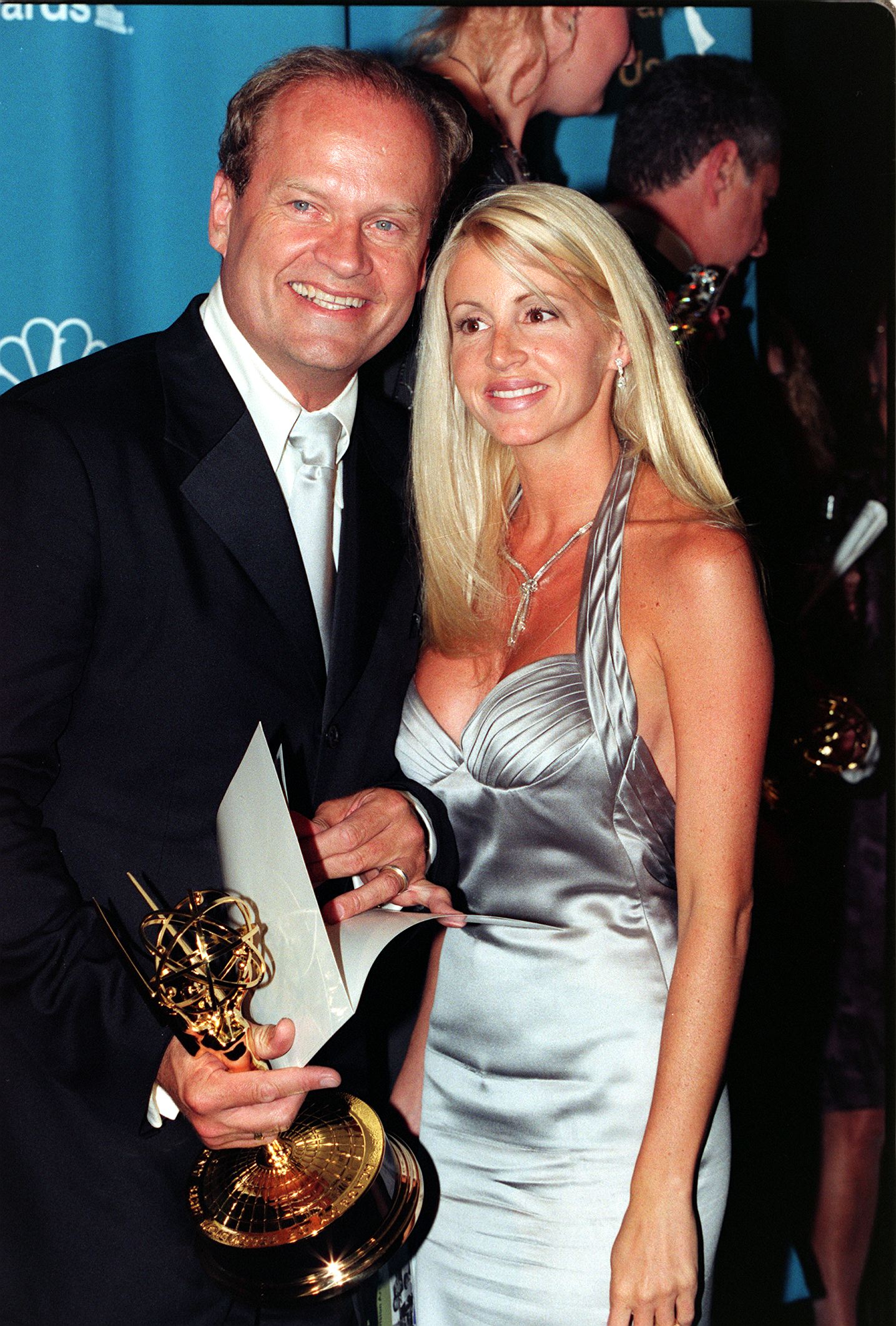 Two-years later he welcomed his second daughter, Kandace, following a one-night stand with a make-up artist.

He then get hitched to exotic dancer Leigh-Anne Csuhany in 1992, but their marriage only lasted a year with allegations that she once threatened to kill him.

Unfortunately, the couple lost their baby following a devastating miscarriage when she allegedly tried to take her own life. 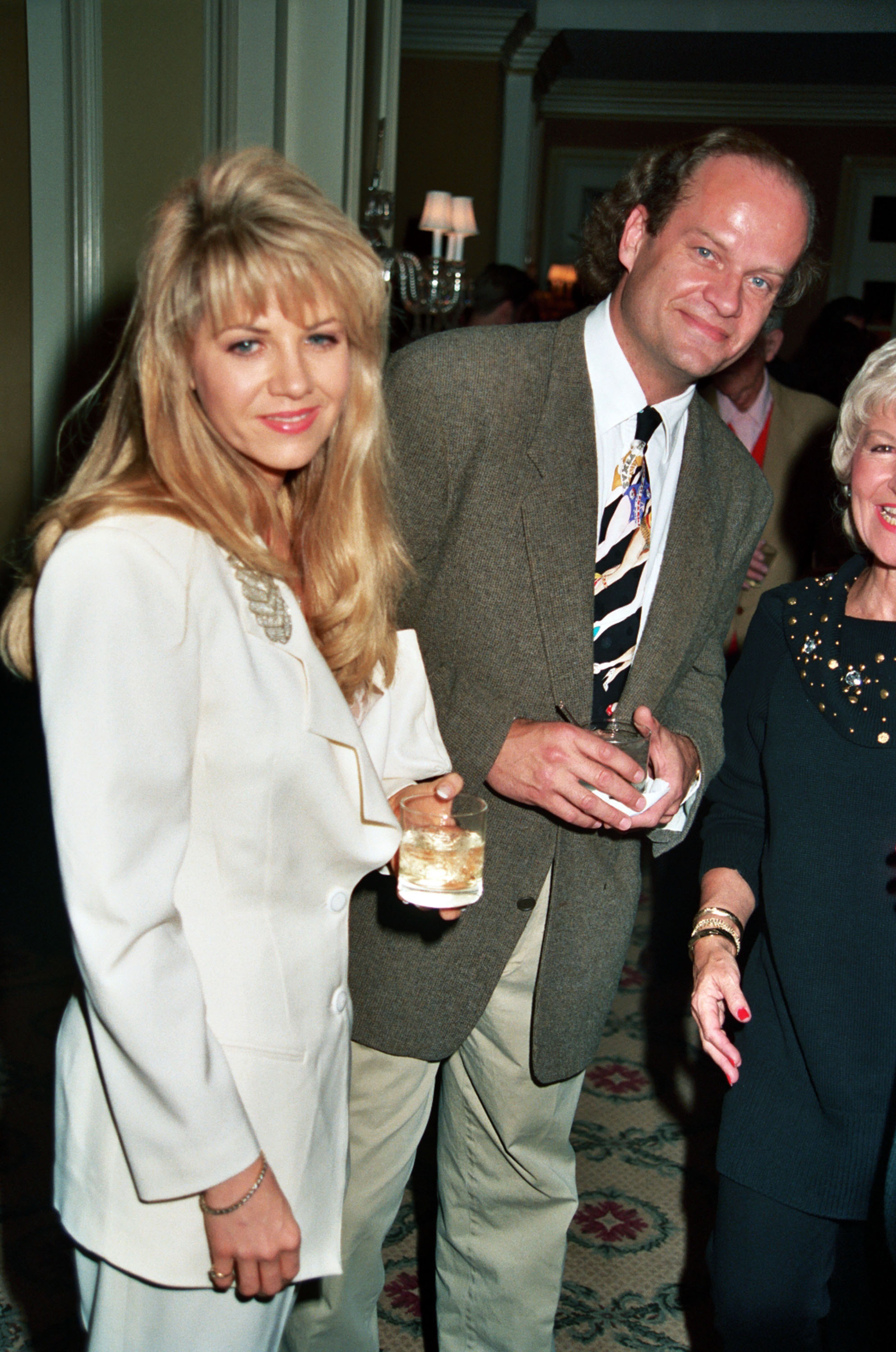 She filed for divorce just weeks before it emerged he was already in a relationship with Kayte and made a fortune $30 million as no prenuptial agreement was signed.

Former Playboy model Camille publicly hinted on a US radio show that he cross-dresses and insisted they '"just didn't mesh sexually".

He previously told Piers Morgan that he had was the reason Camille had landed the role on The Real Housewives of Beverley Hills: "It was my way of saying, 'Look, you always wanted to be famous. Here you go.'" 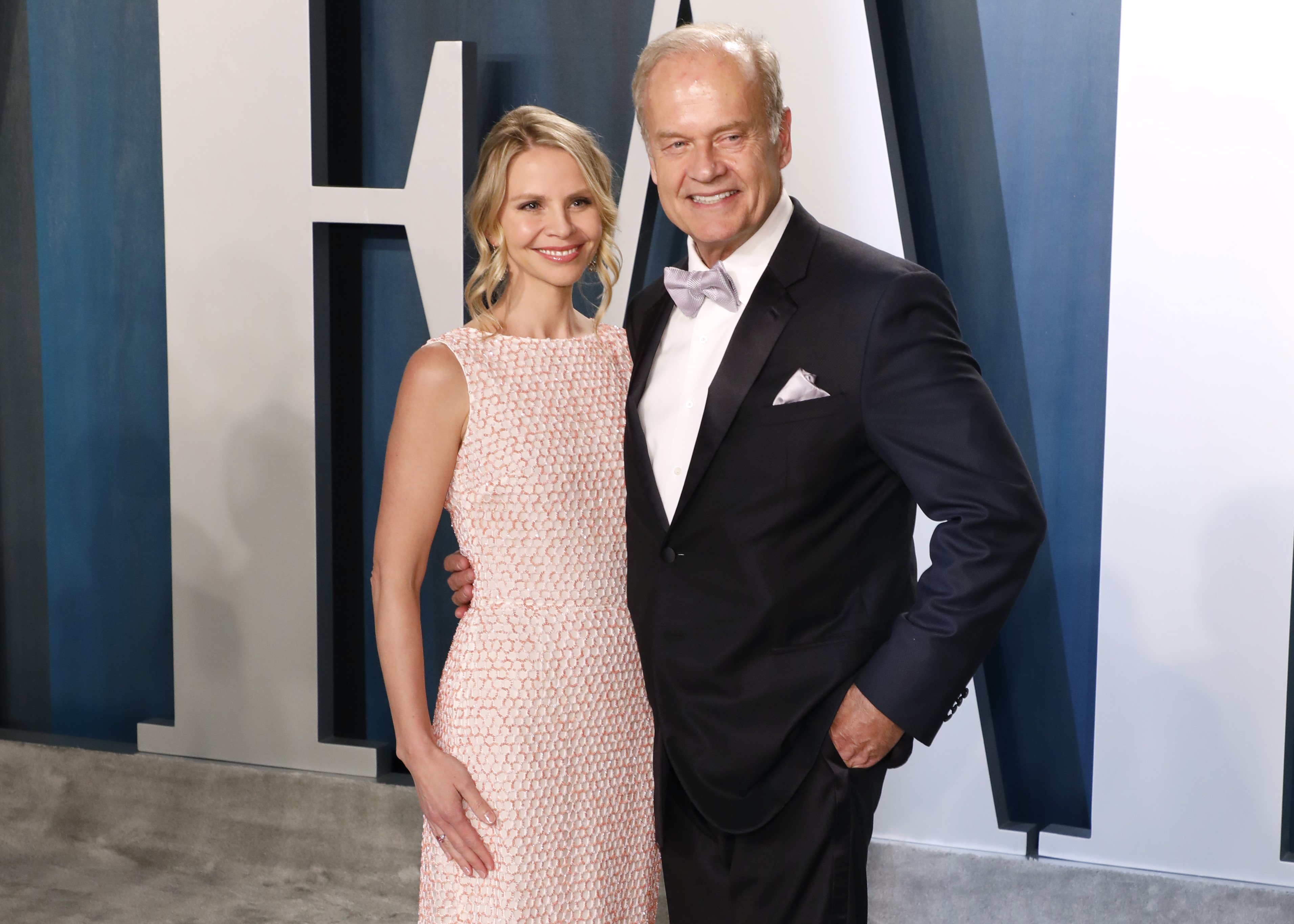 He also has a daughter with ex-girlfriend Barrie Buckner called Greer, 27.

Despite his extraordinary on-screen career he suffered a series of tragedies growing up.

His parents divorced age two, his father was killed, his sister Karen was raped and murdered, and his two half brothers Billy and Stephen died in a scuba diving accident.

Aside from his difficult love-life, Kelsey was also accused of raping his child's babysitter, who was 15, but the case never made it to trial as the grand jury decided not to indict him 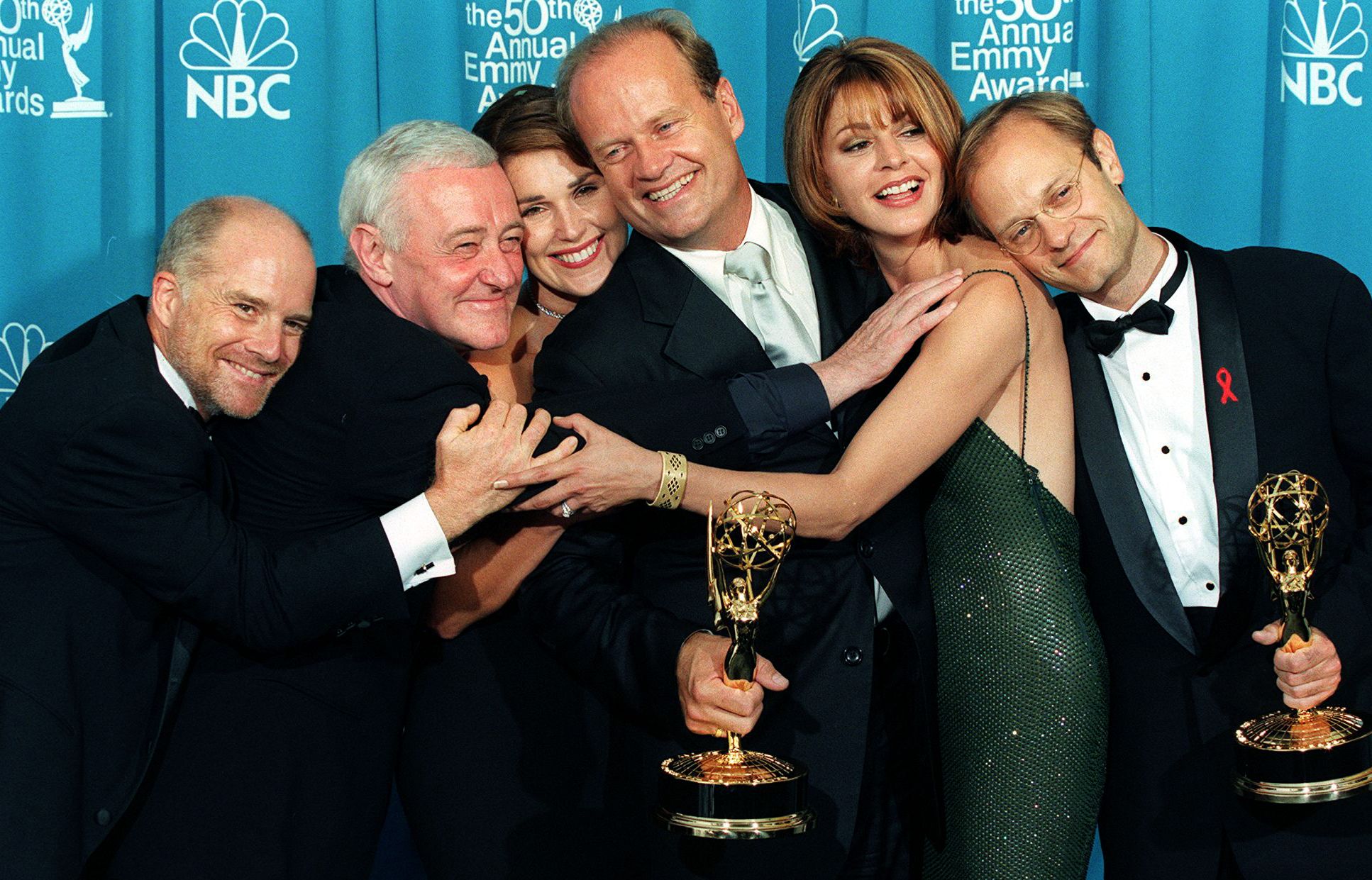 The following year he checked himself into the Betty Ford Centre to get help for his alcohol and drug addiction. 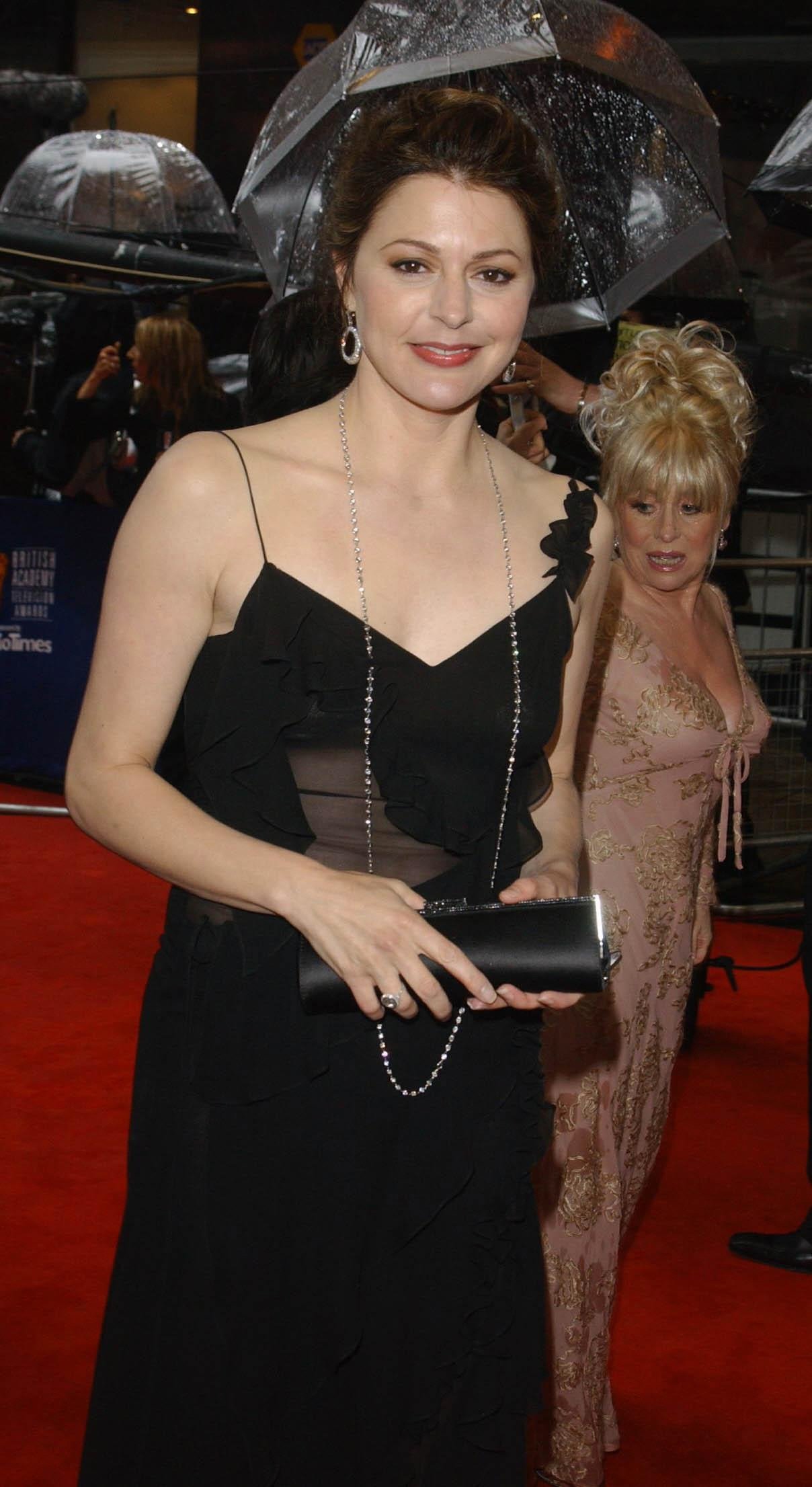 She was hired by Frasier to help dad Martin and viewers instantly fell in love with her charming upfront humour and Niles deep deisres for her.

Jane has continued to act in various roles including TV show Hot in Cleveland from 2010 to 2015. 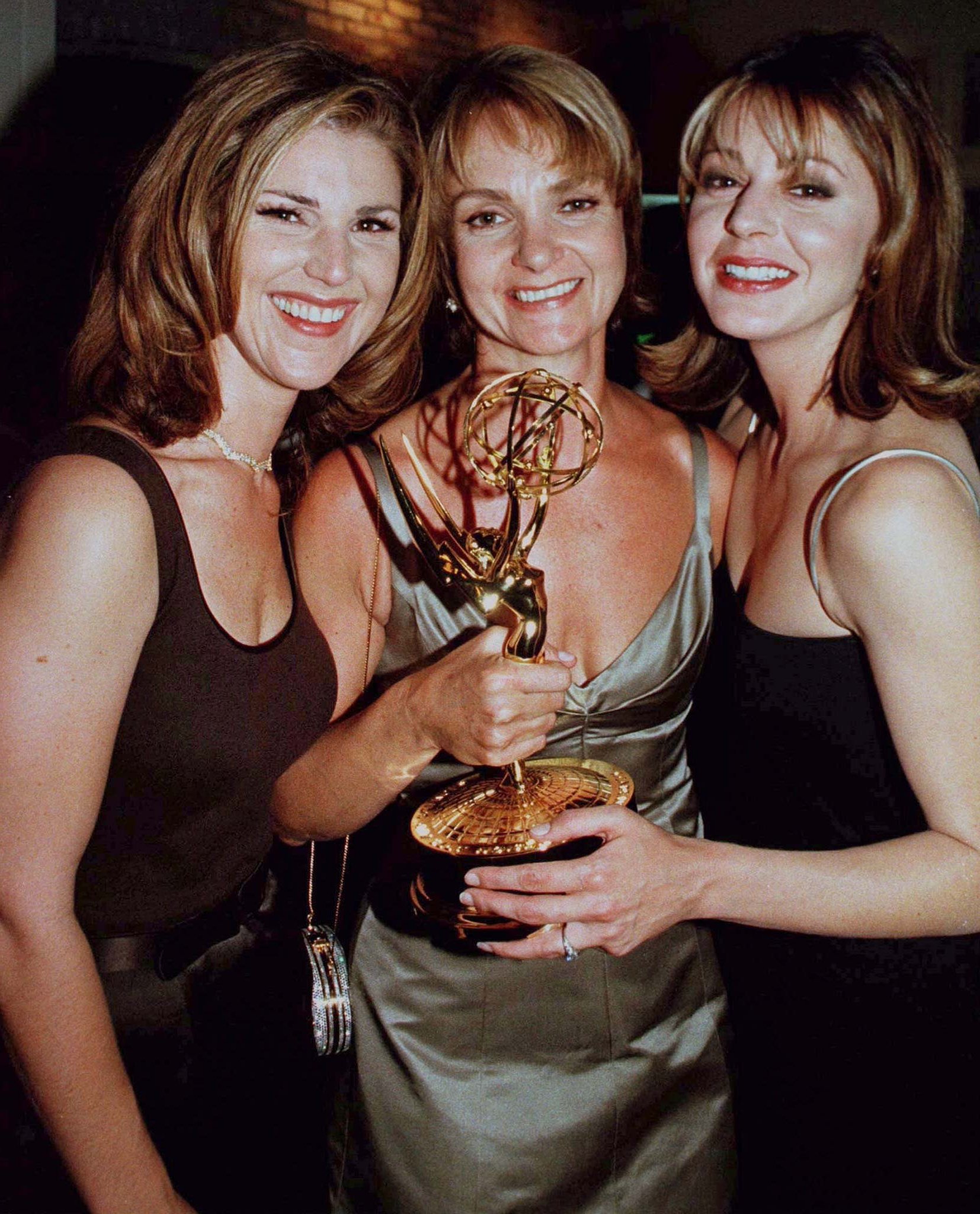 Speaking about the reboot:"I have no idea, but I won't be leaving The Resident to do that if it happens. There's a lot of pieces that have to come together to make [the revival] happen."

The 59-year-old actress married to TV executive Marshall Coben in 1996 and they share daughter, Isabella, and a son, Finn. 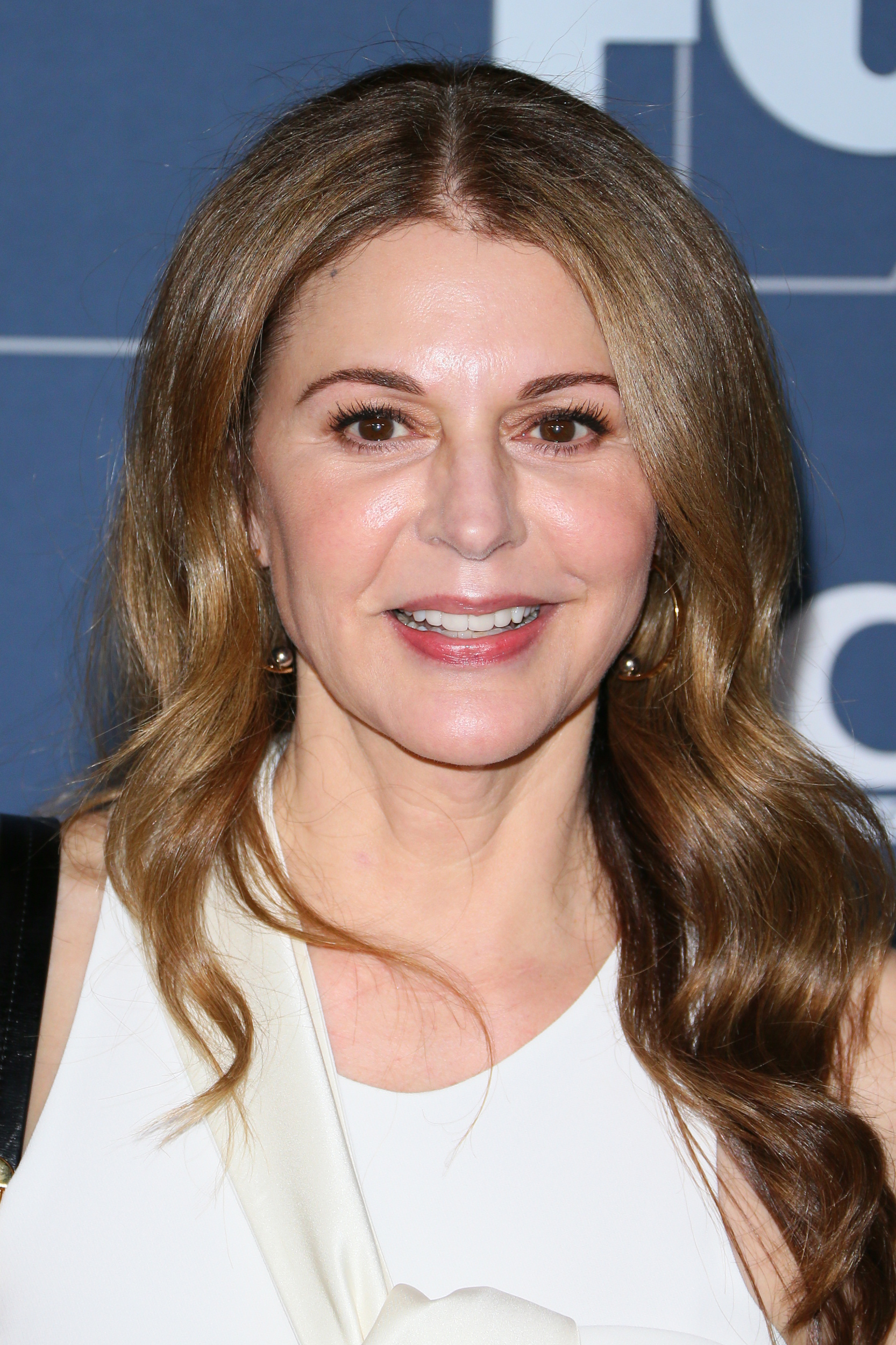 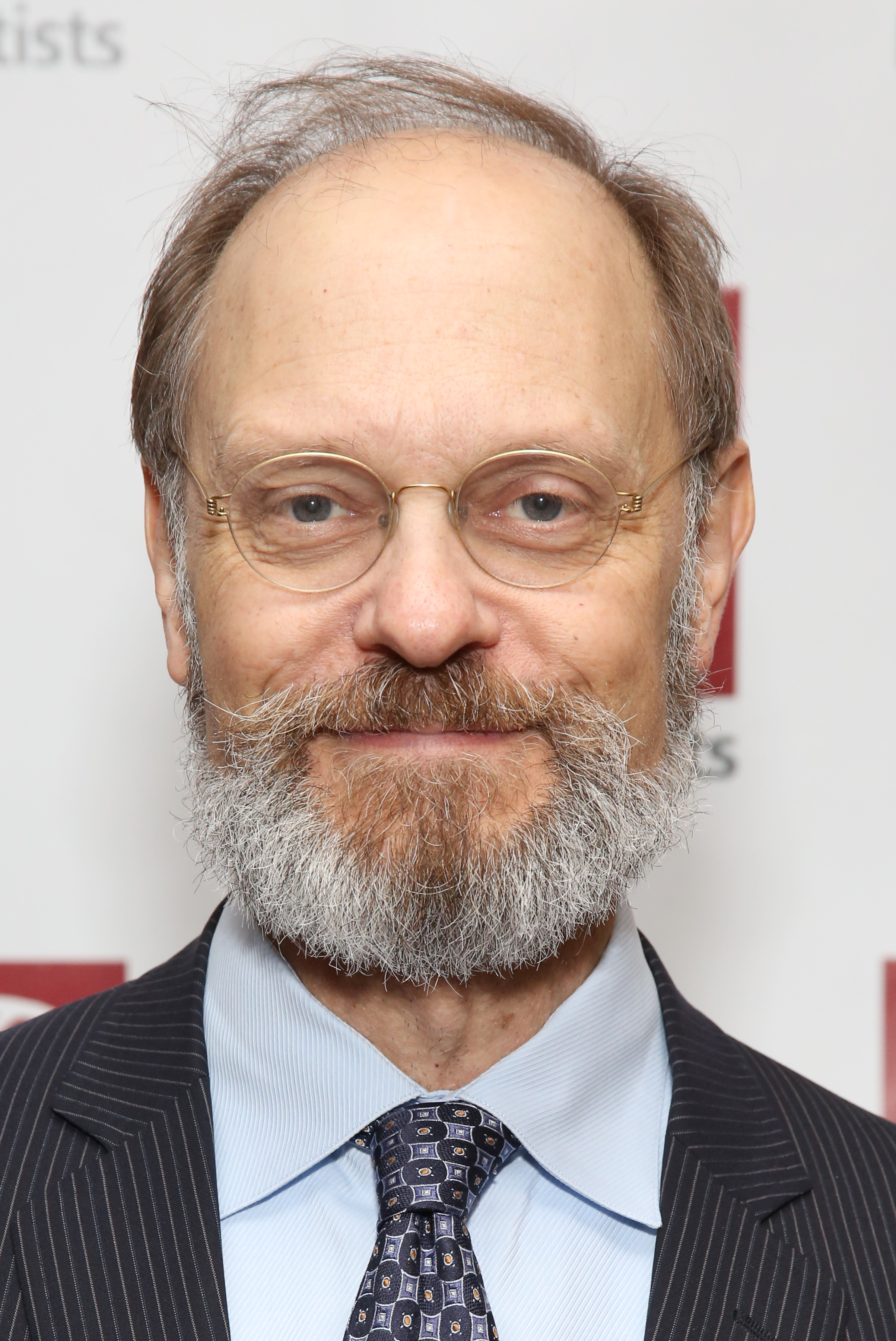 Viewers watched his upper-class antics, his longing desire for Daphne and his rocky relationship with wife Maris.

He has continued to entertain with roles on-stage on Spamalot and in the musical Curtains 2006, which saw him scoop a Tony Award for Best Performance by a Leading Actor.

He also appeared in The Good Wife as Frank Prady and starred in Wet Hot American Summer: First Day of Camp on Netflix. 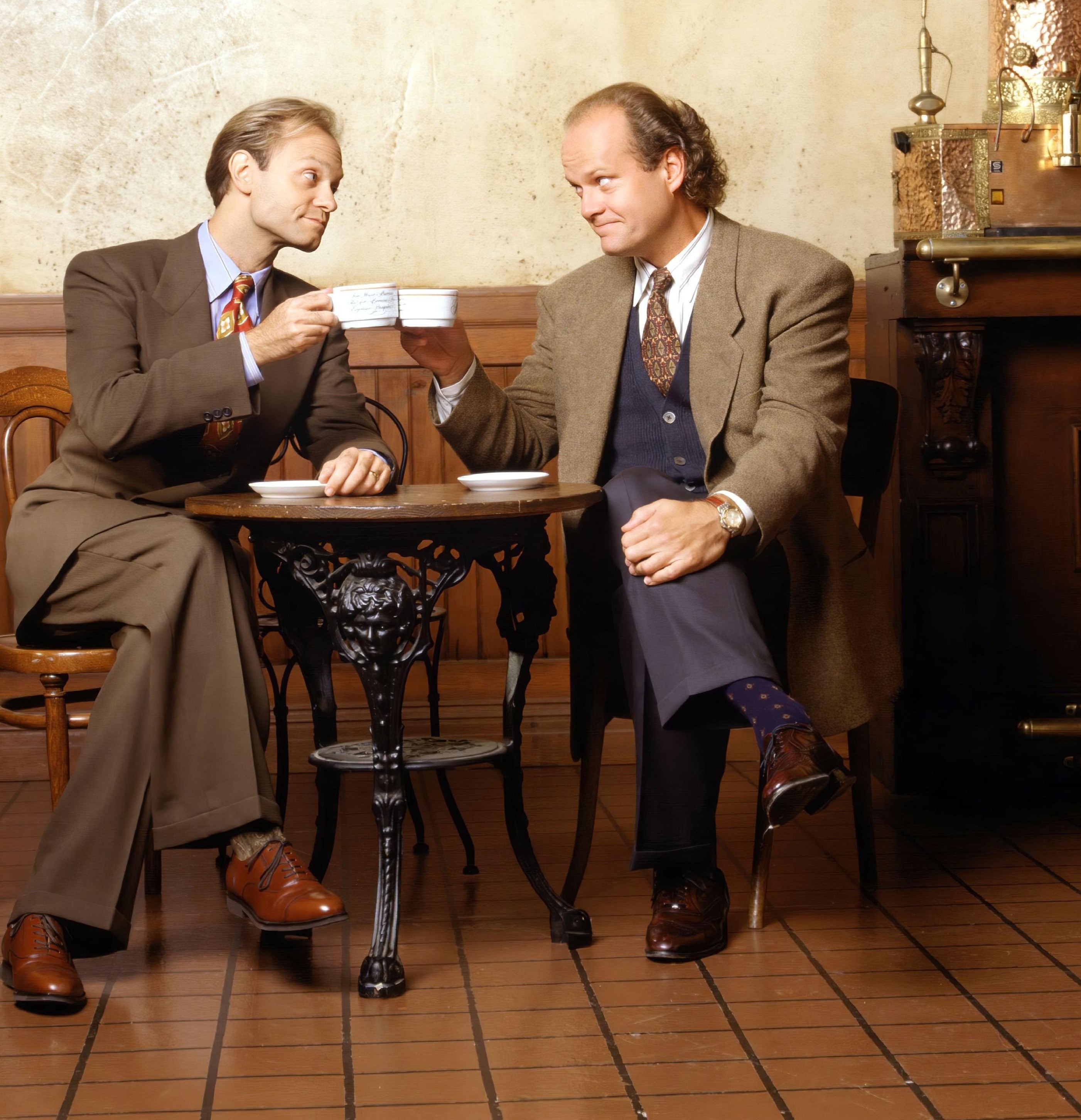 David came out as gay in 2007 and married his long-time partner director and producer Brian Hargrove in 2008. 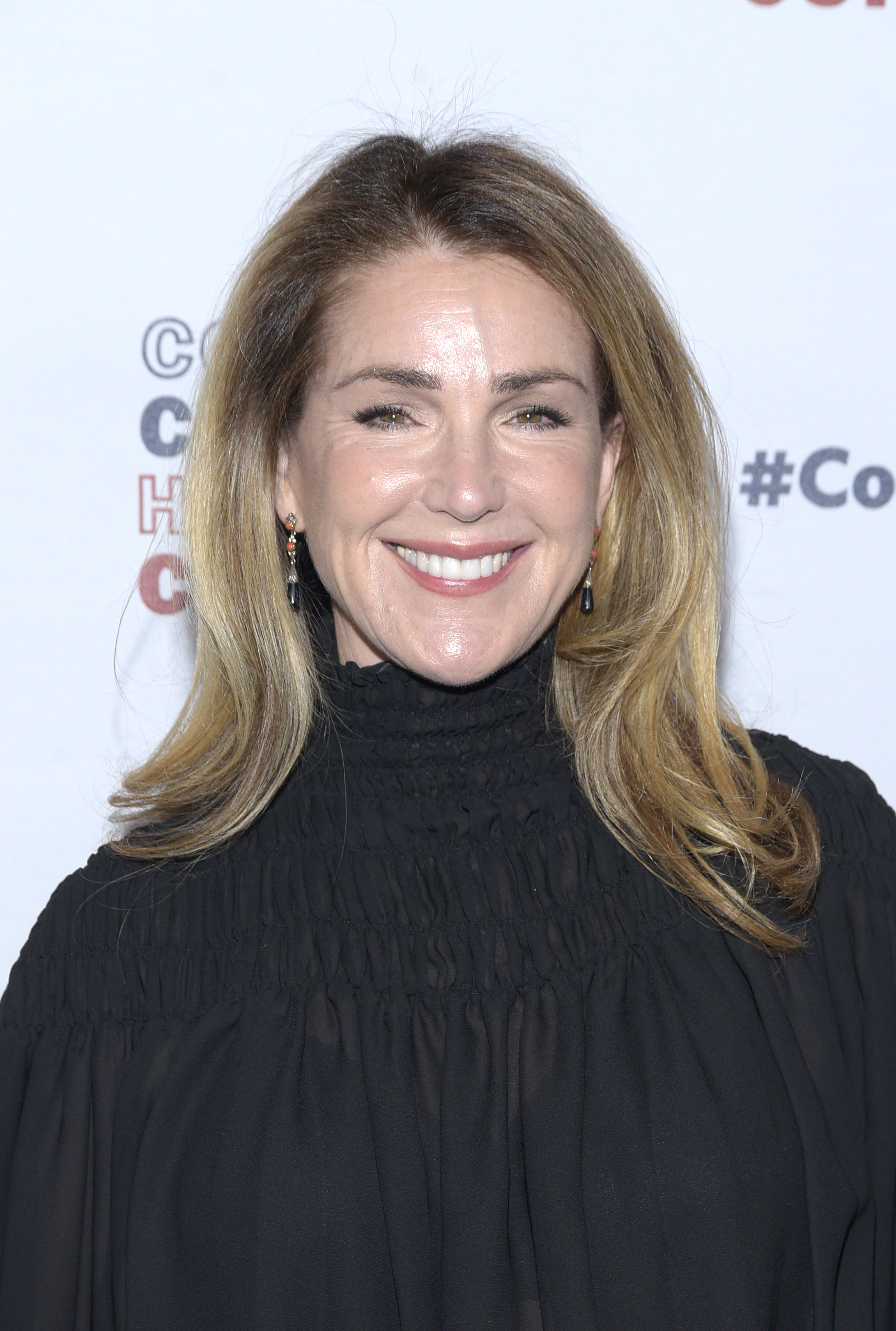 She went onto appear in drama Make It or Break it, where she bagged a Gracie Award in the category of Outstanding Female Actor in a Supporting Role in a Drama Series.

She also landed roles in Desperate Housewives, Law and Order: Criminal Intent and the series Medium.

Godmother to Jane's daughter, the pair remain close friends and ran a production company together remaking comedy sitcom The Vicar of Dibley, with Kirstie Alley as the leading lady. 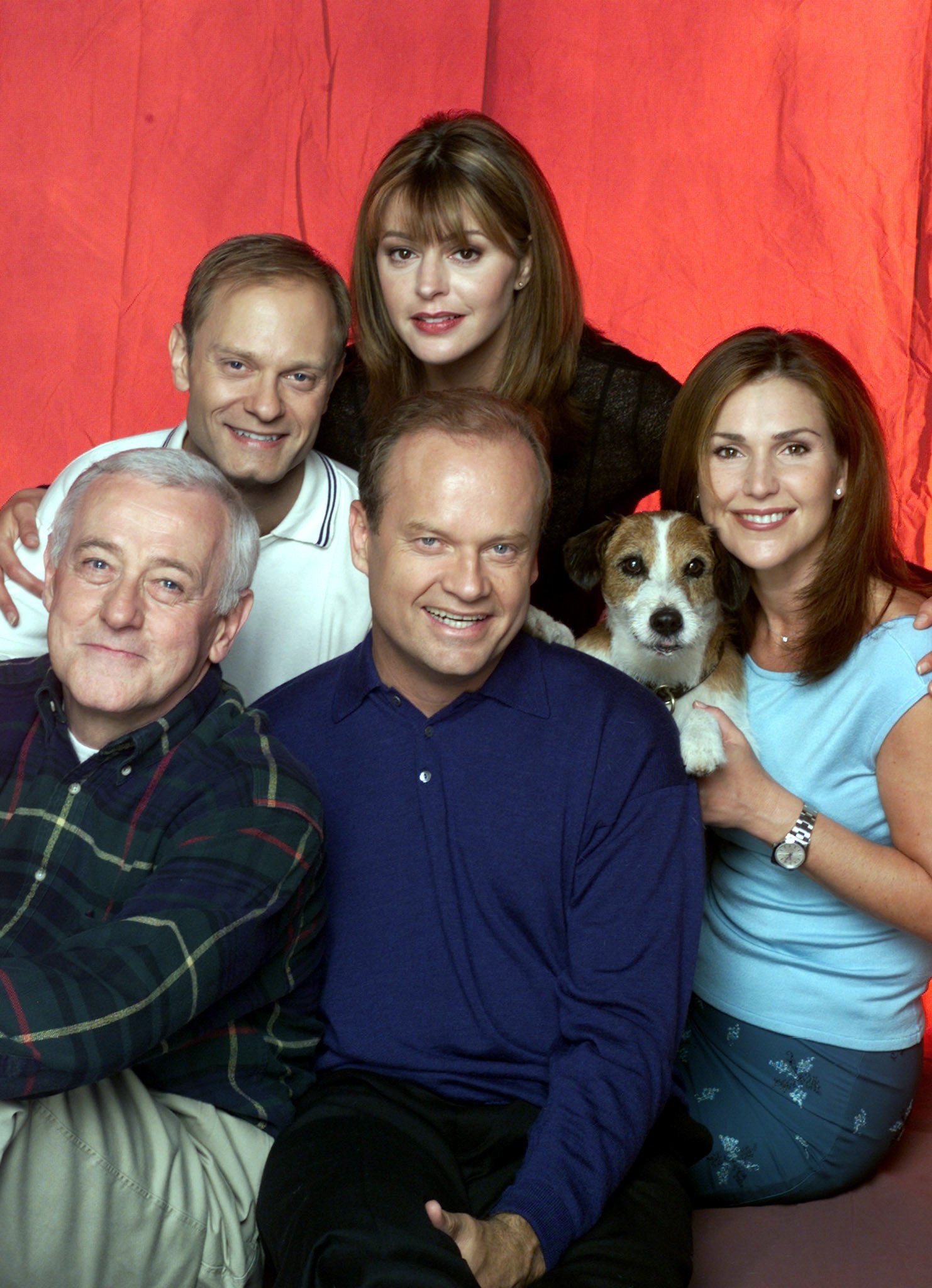 She married Christian Vincent in July 1999, and the couple welcomed twins via surrogacy in May 2004. 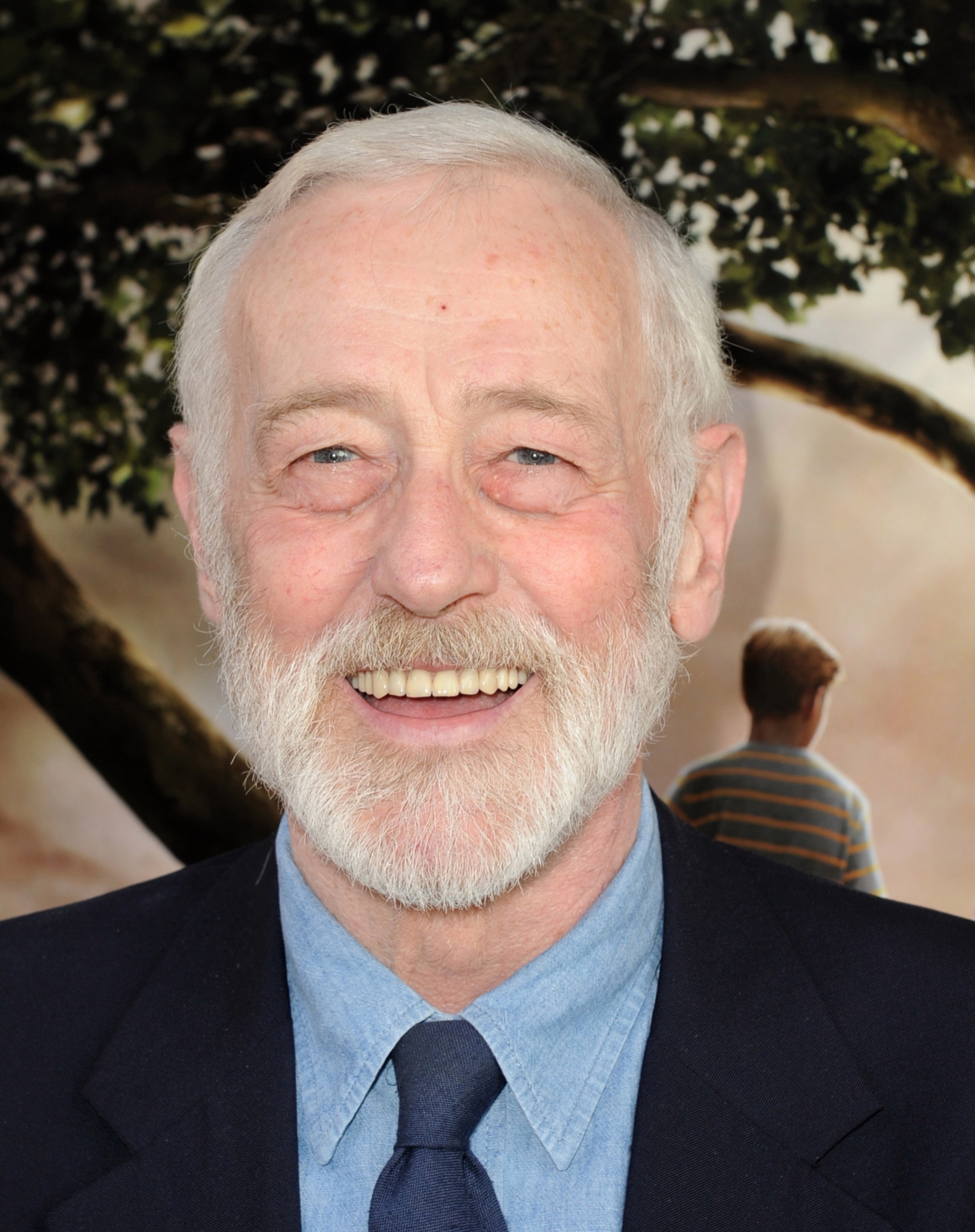 He played a retired cop who moved in with his son, along with his beloved pooch Eddie.

He previously starred in The American President, Say Anything, Eight Men Out and a recurring role in TV Land's Hot In Cleveland.

John bagged an SAG Award for his role on Frasier and nominated for two Emmy Awards and two Golden Globes. 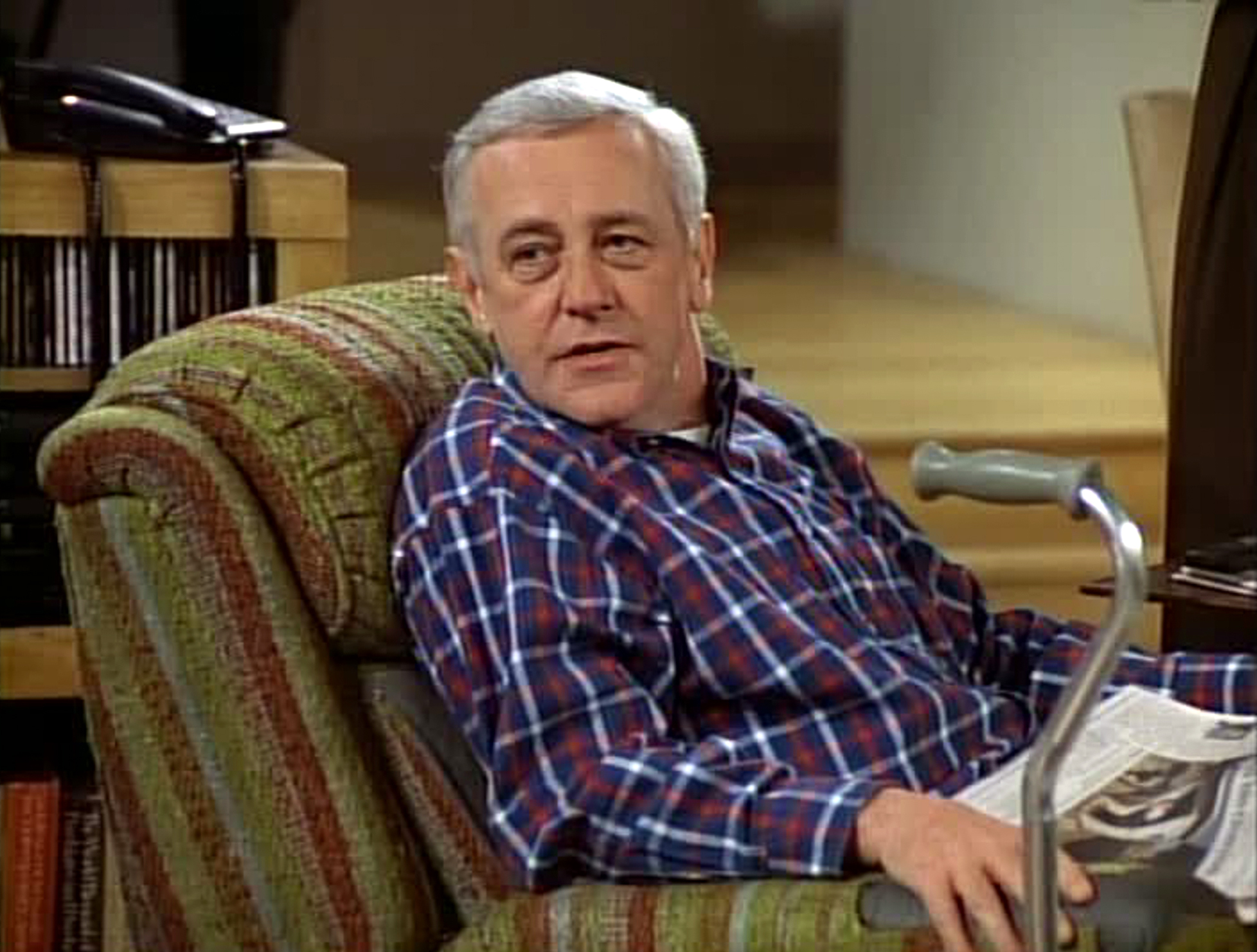 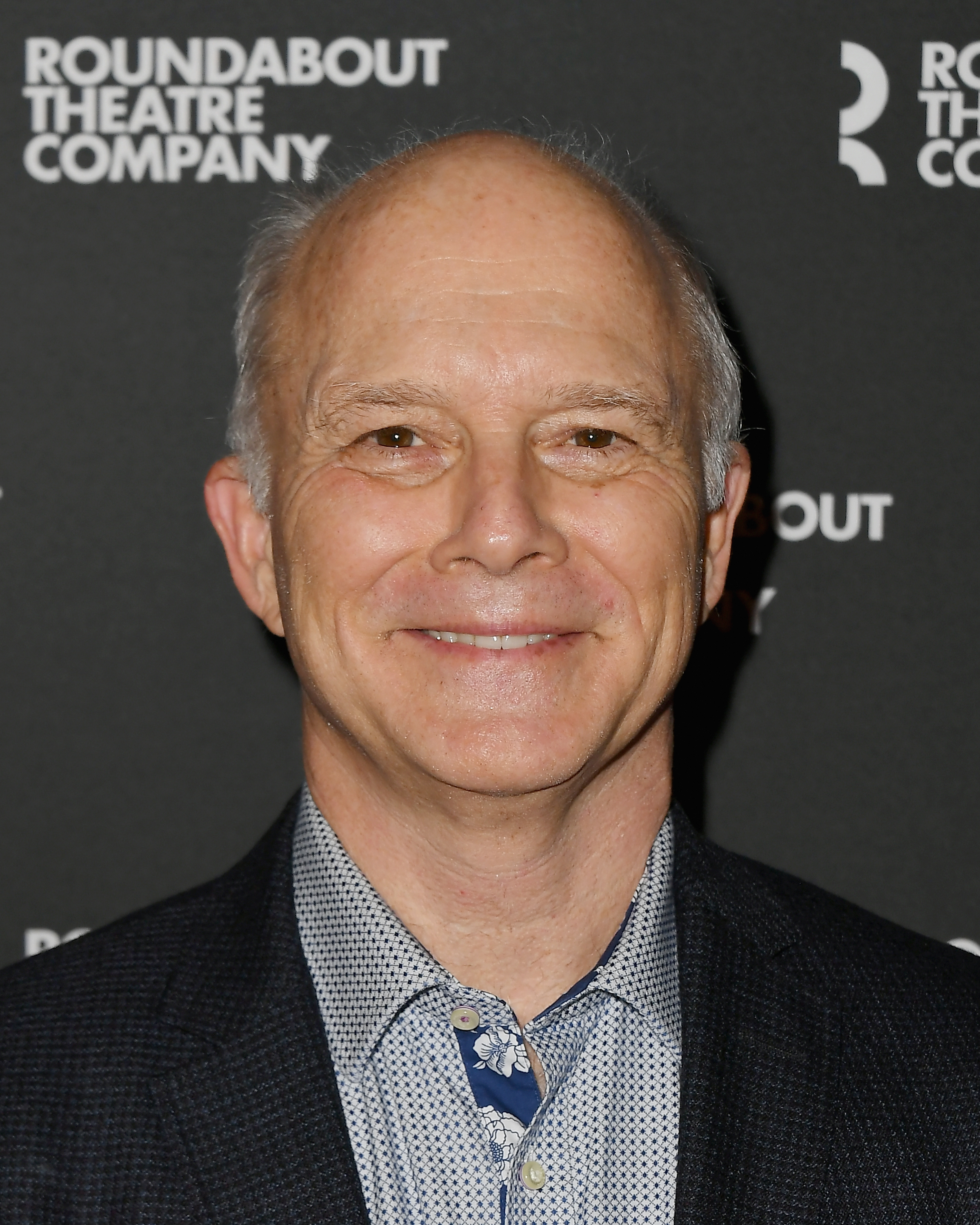 The 66-year-old actor played flirtatious loudmouth Bulldog, who hosted a show at KACL.

Dan was the voice of Mr Simmons on the Nickelodeon show Hey Arnold from 1997 to 2002 and again in Hey Arnold!: The Jungle Movie.

He also starred in numerous films including Prayers for Bobby and Longtime Companion.

His talents saw him land roles on-stage in Rob Roth's Warhol/Capote, Conor McPherson's The Weir and Lenin in the Broadway revival of Tom Stoppard's Travesties in 2018.

He married his long-term partner director Richard Waterhouse, in 2010. 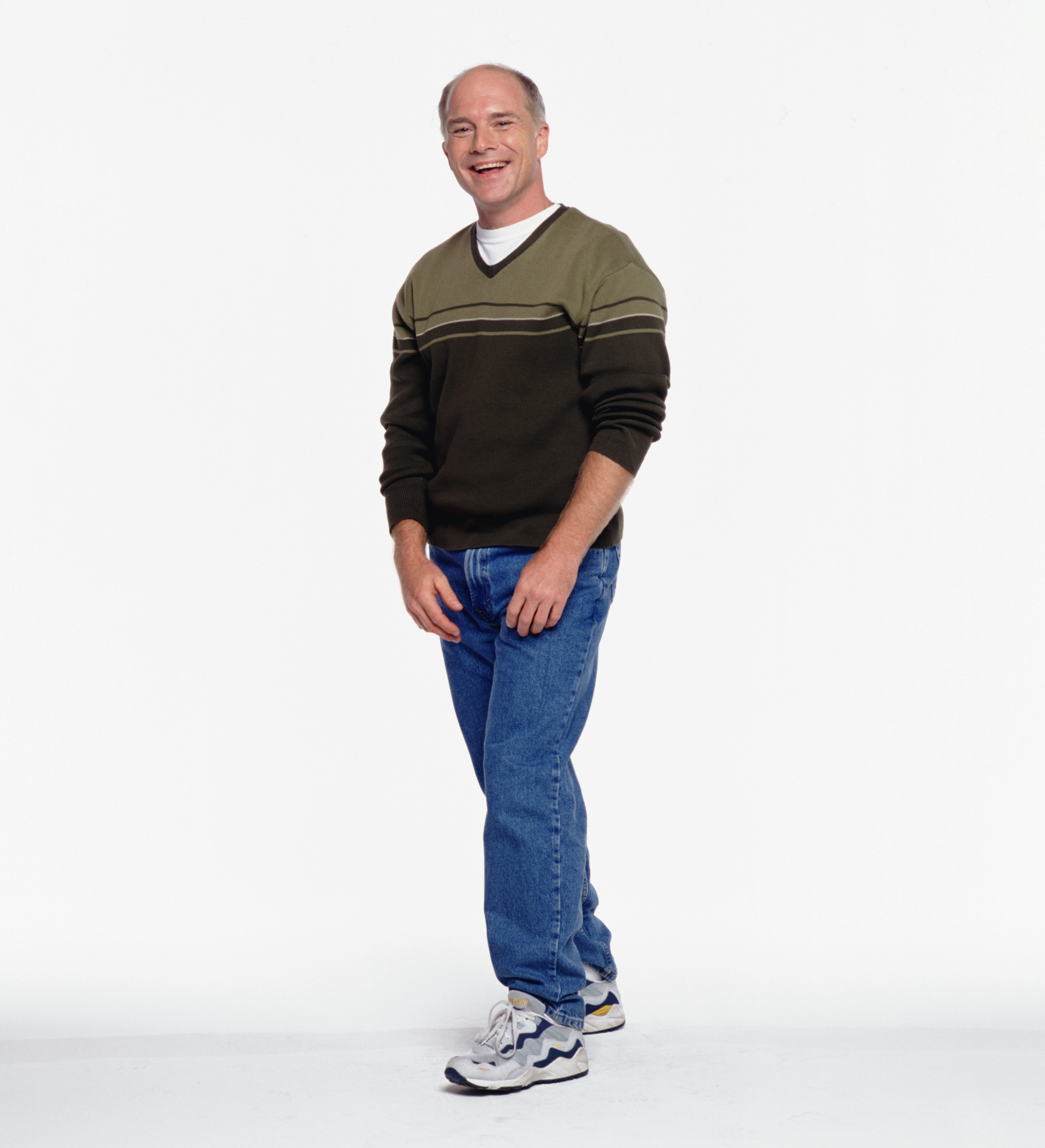 Bebe Glazer played Frasiers agent over the course of most of the series, described by Niles as "Lady Macbeth without the sincerity" and said to have "morals that would raise eyebrows in the court of Caligula".

She later became well known for her portrayal of  Felicia Tilman on Desperate Housewives in 2004.

She also made an appearance in hit series Ally McBeal, Ellen, Ghost Whisperer, Six Feet Under and in 2019 was cast in Netflix drama series Ratched. 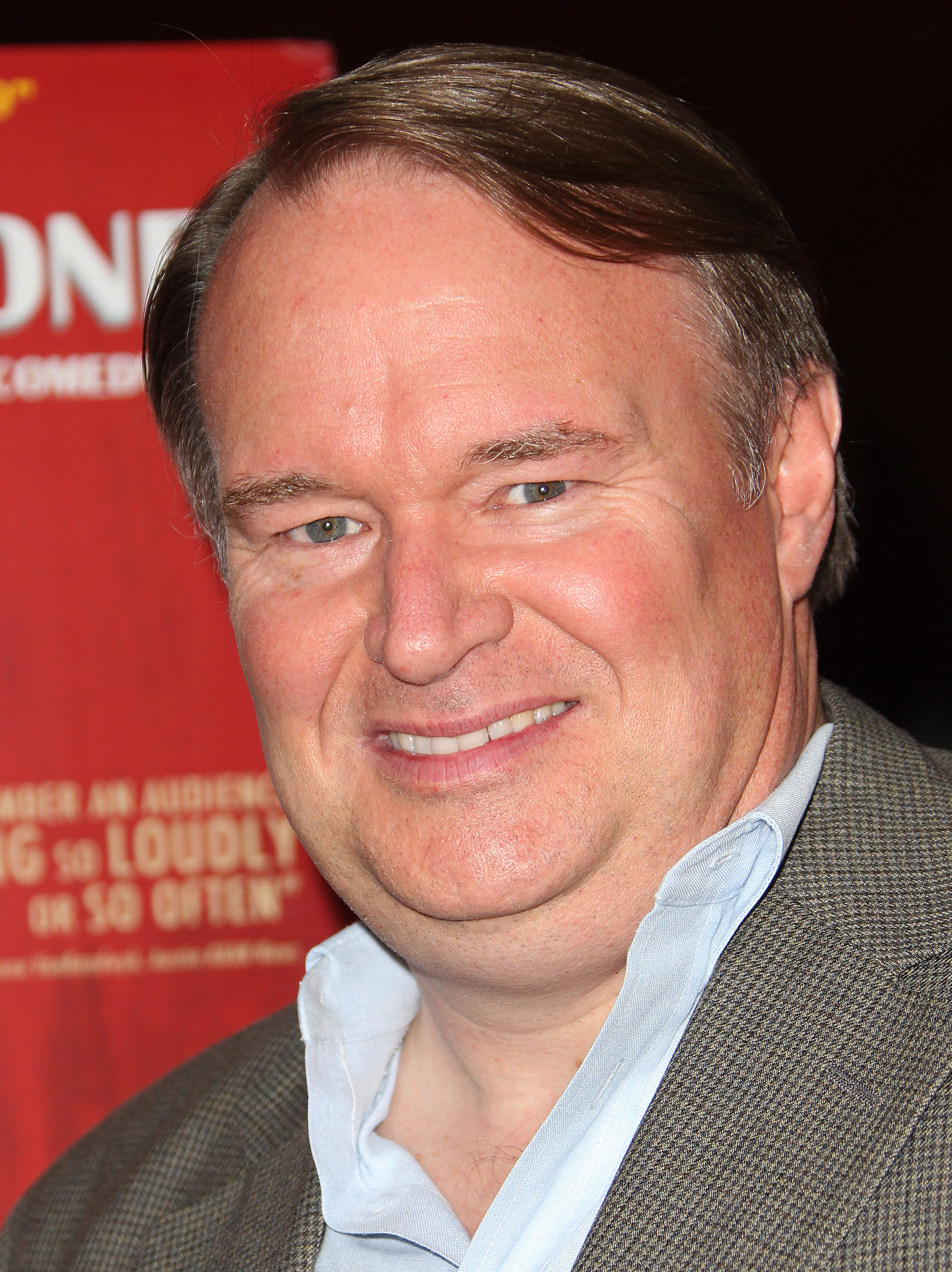 He made several TV appearances since then including Down the Shore, Monty, Sabrina the Teenage Witch, Everybody Loves Raymond and The Good Fight.

Tom also landed stage roles in Wicked in 2009 in the original Second National Tour production and several times in London's West End between 2015 and 2016.

Tom is happily married to wife Cathy whom they share two children. 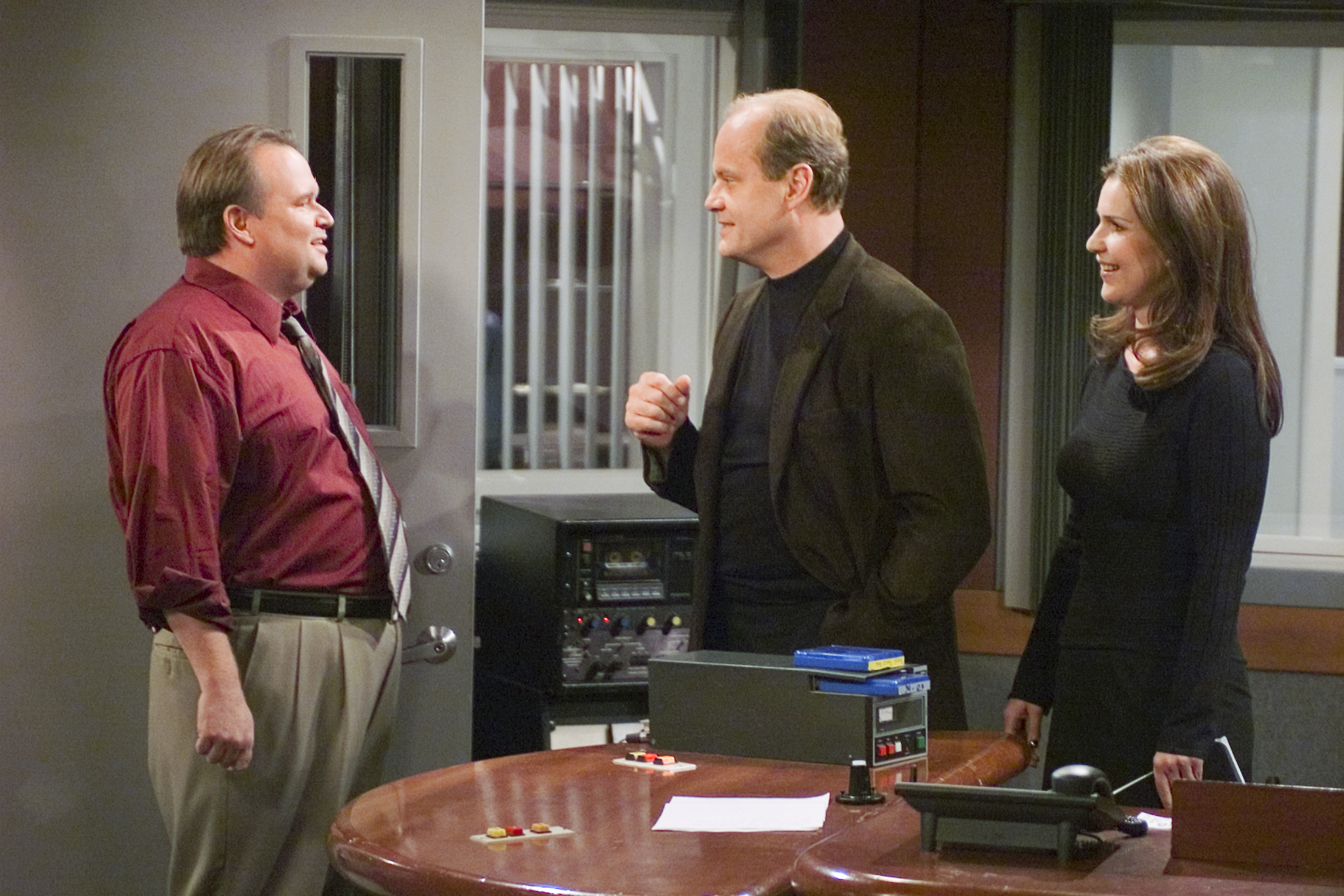 Kelsey was excited to confirm he was reprising his titular role on the Frasier sequel series.

In a statement, he said: “Having spent over 20 years of my creative life on the Paramount lot, both producing shows and performing in several, I’d like to congratulate Paramount+ on its entry into the streaming world.

“I gleefully anticipate sharing the next chapter in the continuing journey of Dr. Frasier Crane."