But the Towie star seemed to be skating on thin ice when she took a tumble during the live show – here's what you need to know. 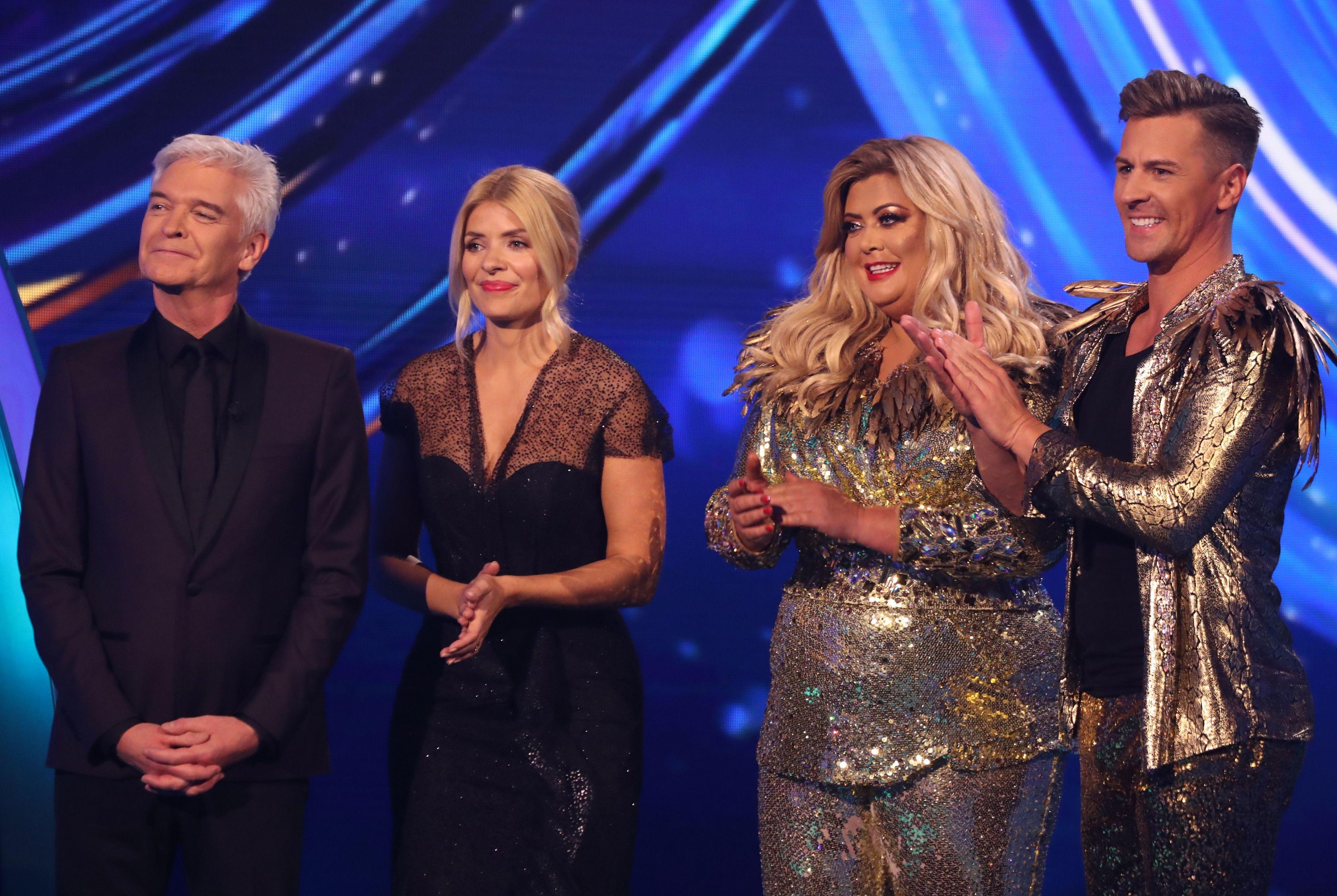 Is Gemma Collins injured after her Dancing On Ice fall?

The Towie star took a terrible tumble during her routine on January 27, leaving her in tears.

She rushed off for physio straight after she received her highest score of the series so far despite the fall.

And she took to her Instagram Stories after the show to reveal her injuries.

As she enjoyed a bite to eat with her family, Gemma had huge bags of ice on her knees and admitted she was in "absolute agony".

Boyfriend James Argent also took to his Instagram Stories to reveal the full extent of her injuries.

Arg shared a video of Gemma's bruised and swollen knees, which were also covered in scratches.

Gemma was skating to Celine Dion's It's All Coming Back to Me Now, with partner Matt Evers when she fell flat on her face.

She appeared to fall after getting behind and trying to race to catch up with her partner.

But it ended up with her crashing to the ice in dramatic fashion.

She lay motionless on the ground for a second before she jumped back up and finished her skate.

But as she received her scores she became tearful and didn't realise she had received her highest score of the series.

What happened between Gemma and Holly Willoughby?

Gemma Collins was criticised on This Morning by Holly Willoughby and Phillip Schofield (who also present Dancing On Ice) for her diva behaviour.

Backstage presenter Kem Cetinay revealed on the show that she missed a dress rehearsal because she was "having a nap."

He also claimed she left before the end of a live show and missed Mark Little's exit because she was "bored" so decided to go home.

“But I do think there has to be a bit of professionalism that comes into any work you do, just a bit of pride.”

Phillip added: "In all the years I've been in television I have never kept a studio waiting."

However sources claim that Kem is a good friend of Gemma's and later apologised to her for his comments, claiming that This Morning bosses made him criticise her. 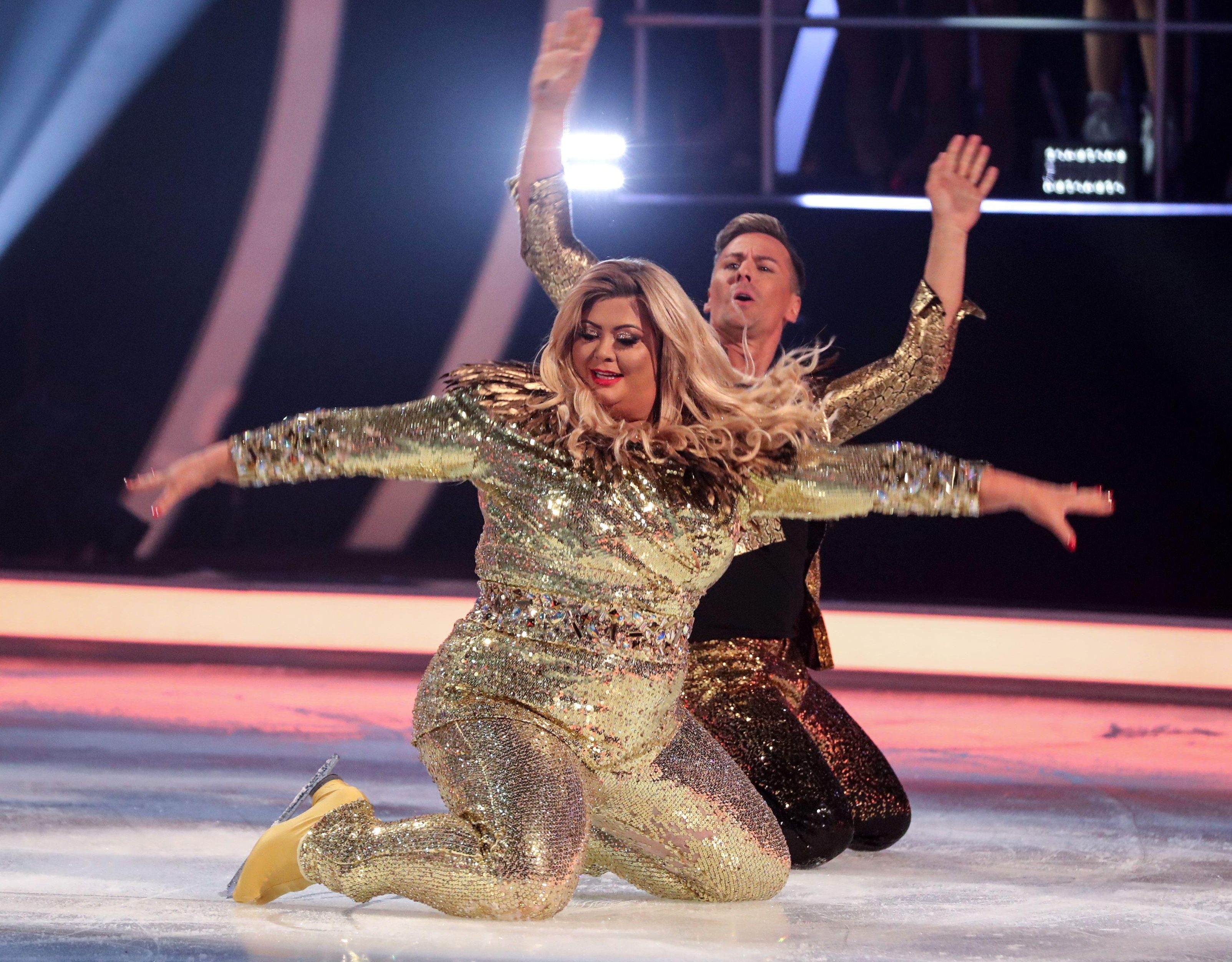 What did Gemma Collins say when Holly and Phil accused her of being a diva?

Gemma was upset by Holly and Phil's comments with sources even claiming that she was threatening to quit the show.

But taking to Instagram, she revealed that although she was upset she wanted to carry on.

In a video which showed her skating around the rink she said: "Obviously I've been really devastated but I'm not giving up, I'm not quitting.

"I'm here with the team, I've got the shakes where I've been so upset."

Turning to her professional partner Matt Evers she continued: "We were shell-shocked, we didn't know what to do, did we Matt?

When did Gemma Collins leave Dancing on Ice?

Gemma was voted off Dancing on Ice on February 10 after receiving low scores.

The Towie star has had a dramatic few weeks but finally found herself in the skate off against Ryan Sidebottom.

Before she had even taken to the ice for a second time, she started to say her goodbyes, saying: "Do you know what, sometimes you have got to admit you're not the best and let the best move on.

"But I did really enjoy tonight."

After her routine, she added of her save me skate: "We haven't practised it for weeks so sorry about that.

After cricketer Ryan had skated, the ice panel unanimously voted to save him and send Gemma home.

Will Gemma Collins be in the Dancing on Ice final?

Gemma revealed she would still be appearing on Dancing On Ice this weekend, despite her feud with Jason Gardiner.

She told Jonathan Ross: “I did pull out and then I thought, to everyone that has supported me, for my own self esteem, I am not going to back down to anybody.

“I am going to walk back in on that show on Sunday night and I am going to skate like it's the last day of my life.”

Dancing On Ice proved a real hit with viewers since its return following a three-year break, after initially running from 2006 until 2014 and not returning until 2018.

Siobhan Greene, ITV's Head of Entertainment Commissioning, said "The show’s welcome back has exceeded our expectations and it’s been fantastic to see the audience at home loving it.

"The recommission is a no brainer and it’s brilliant for everyone involved to know it’ll be back next year."