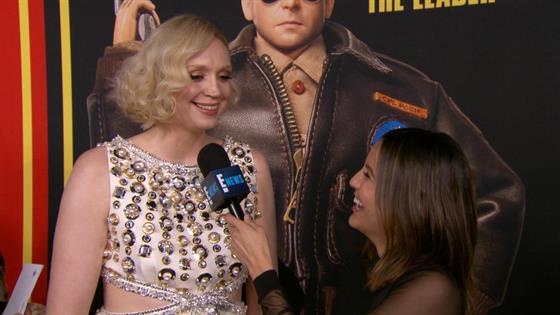 Four months ’til Game of Thrones means four months to find (or prepare) a therapist.

E! News’ Erin Lim talked to Gwendoline Christie at the premiere of her new movie Welcome to Marwen and got the lo down on just how much this final season is going to destroy us. Sounds like the answer is a lot!

“You’re going to need therapy,” Christie says, but she could not confirm or deny Erin’s question about whether or not people are dying. “I think just the show ending is going to send all of the world into professional help.”

Christie also teased that it was Welcome to Marwen costar Janelle Mon&#225e who most wanted info on how Game of Thrones would end, and revealed that she’s decided to watch the entire series from the beginning.

“I think it’s going to make me incredibly emotional,” she says. “We’re all emotional about the fact that this is the end, and this is the end of something incredibly significant for all of us, and it’s been a truly incredible thing to be a part of.”

We last saw Brienne of Tarth on the side of the North when it came to deciding what to do about the war against the white walkers, and reuniting with BFF Jaime (Nikolaj Coster-Waldau) while trying to convince him to get his sisterlover Cersei to agree to the plan. That war with the dead will play out in season eight, and all we can do is assume that Brienne will play a major part in the battle and hope she doesn’t end up dead in the end.

Click play above for more, and be sure to check out our gallery of everything we know about the final season!