Micah Plath is the third-born child in the Plath family. He has two older siblings, Ethan and Hosanna, and six younger siblings, Moriah, Lydia, Isaac, Amber, Cassia, and Mercy. The family, which stars in their own reality television series, “Welcome to Plathville,” is headed by parents Barry and Kim. The large, ultra-conservative family reminds many viewers of the Duggars, who have a reality show of their own, “19 Kids and Counting.” Both families have super strict rules when it comes to raising kids … though it seems that the Plath kids are given a bit more freedom once they turn 18. All four eldest Plath kids currently live outside of the family home in southern Georgia — although most only live up the street — and are busy experiencing all the joys of life they were deprived of growing up, such as watching movies, eating sugar, and drinking soda.

Another exciting perk to moving out of their parents’ home is the opportunity to date without having to adhere to Kim and Barry’s chaste rules around courtship, as per InTouch Weekly. Micah definitely seems to be enjoying spreading his wings. The cable network behind “Welcome to Plathville,” TLC, gave some details about what Micah had been up to since moving out (per Distractify). “Micah is embracing the ‘outside world;’ he is dating, traded in his cows to buy a new car, and pursuing his modeling career, which includes a steamy photoshoot.” Keep scrolling to learn more about Micah’s love life.

Micah Plath's relationship status is up in the air 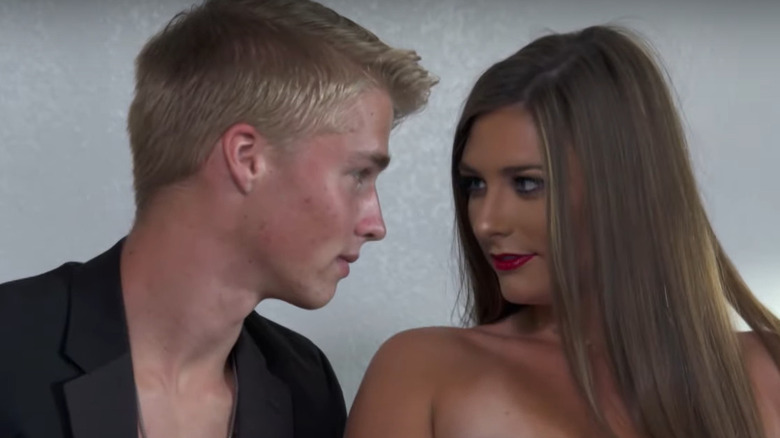 Micah Plath is living with his younger sister Moriah just down the street from his parents’ and younger siblings, per Distractify. When he isn’t busy pursuing his modeling career, it seems that the 20-year-old enjoys dating, often taking to Instagram to update his followers on his love life. Although Micah’s relationship status is currently unknown, his most recent romantic interest was a friend and fellow model by the name of Helena.

In Season 2 of “Welcome to Plathville,” Micah gushed about how beautiful he thought Helena was, giving fans the impression that he had a crush on her, according to Distractify. “Helena is very pretty. She has beautiful eyes,” Micah said during the episode. “They’re like the darkest blue I had ever seen.” Helena seemed to share Micah’s feelings, telling him in front of the camera, “I like this Micah. I like this confident, sexy man … You’re a man, you own it.”

She added that when they first met, she had to interrogate Micah to get answers out of him, but that he had since opened up and become more flirtatious. “There’s definitely chemistry there,” Helena told producers. “I mean, it’s hard to deny it.” Micah also could not hide the blush on his cheeks as the two chatted before a photoshoot. Despite the flirtations, it seems that Micah and Helena never got around to officially dating, although fans wonder if anything might come out of their friendship eventually.

Who was Micah Plath's last-known girlfriend? 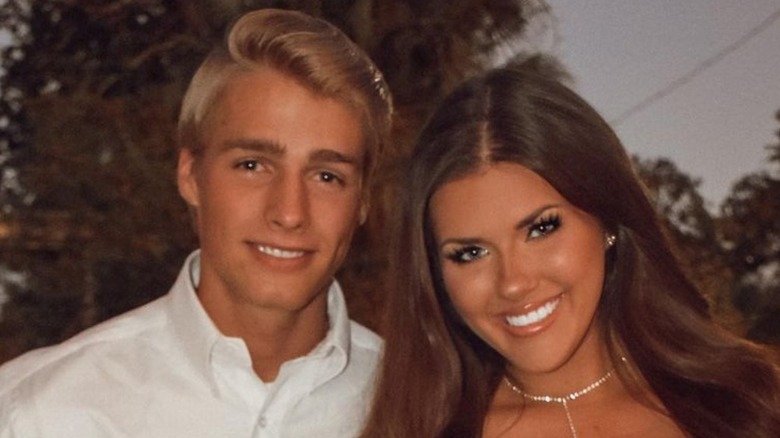 Prior to Helena, Micah Plath was affirmatively dating a girl named Caroline, who he posted photos of on his Instagram page. In November of 2020, Micah posted a photo of the two together as he draped one arm around her waist. The young model’s followers commented on how beautiful the couple looked together. “Omg I love that yall are together!!! Such a beautiful couple for sure!! Imagine your babies lmao,” one social media user commented on the cute couple’s photo.

At the time, Micah elaborated on his relationship status during an interview with “The Domenick Nati Show.” “I don’t want to go into a whole lot of detail because I’m not super sure of … how serious it is,” Micah admitted. “But I am talking to someone at the moment, you can see her on my Instagram, but I am not positive on where we are at right now…”

Despite not knowing where the relationship was heading, the reality television star said that he and Caroline “hit it off” when they finally met in person following a virtual courtship on Instagram. The last photo that Micah posted on the social media site was of the two enjoying a trip to Disney World in December 2020. Since then, no other photos have appeared and Micah has not confirmed whether or not he is still seeing her. And given the recent flirtations with Helena, rumor has it that Caroline is now out of the picture, per ScreenRant.