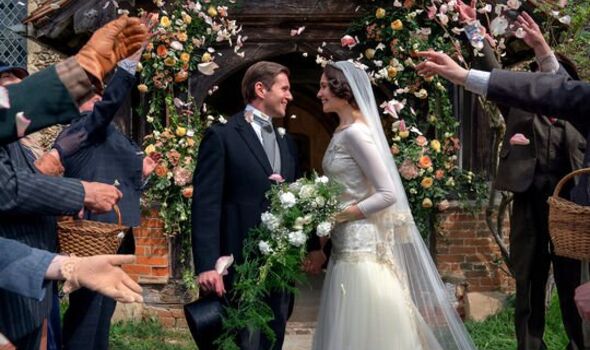 Chauffeur Tom, played by Allen Leech, suffered the tragic loss of wife Lady Sybil in the TV series. But in the new movie he’s clearly fallen for maid Lucy – actress Tuppence Middleton – and the pair are seen kissing on a beach.

Meanwhile the Abbey is “invaded” by Hollywood movie makers so most of the aristocrats decamp to the Cote d’Azur in the south of France.

Dowager Countess Grantham, played by Maggie Smith, has inherited a villa there – but the new home has a secret to uncover.

The cast includes all the old favourites, including Penelope Wilton as the Dowager’s friend Isobel Merton.

But there are new faces too, including Dominic West.

Described as a “feel-good” sequel by creator Julian Fellowes, it hits cinemas on April 29.