If comedy is tragedy plus time, it’s no wonder why breakups make for such good rom-coms. But on the set of The Broken Hearts Gallery, there was no need for either tragedy or time, as is evident in the movie’s gag reel, debuting exclusively here on ET.

The movie stars Geraldine Viswanathan as Lucy, a NYC gallery assistant who is dumped by her boyfriend and so begins creating an exhibit of her own: the titular gallery of souvenirs kept from relationships past. In the process, Lucy meets Nick (Dacre Montgomery) and, well, you get the rom to go with your com.

“I’m just disappearing into your bun,” Montgomery laughs as he cuddles up to his co-star in one outtake. The true star of the bloopers is Utkarsh Ambudkar and his endless improv, with Molly Gordon and Arturo Castro popping up for a dance party and Bernadette Peters making quite the delightful appearance. Watch the video above.

The Broken Hearts Gallery, which opened in theaters in September, also counts Selena Gomez as an executive producer. “My, like, 14-year-old self is dying. I was a big Disney kid and really feel like I grew up with Selena,” Viswanathan told ET, adding of Gomez’s praise, “I can’t believe she has uttered my name in this lifetime.” 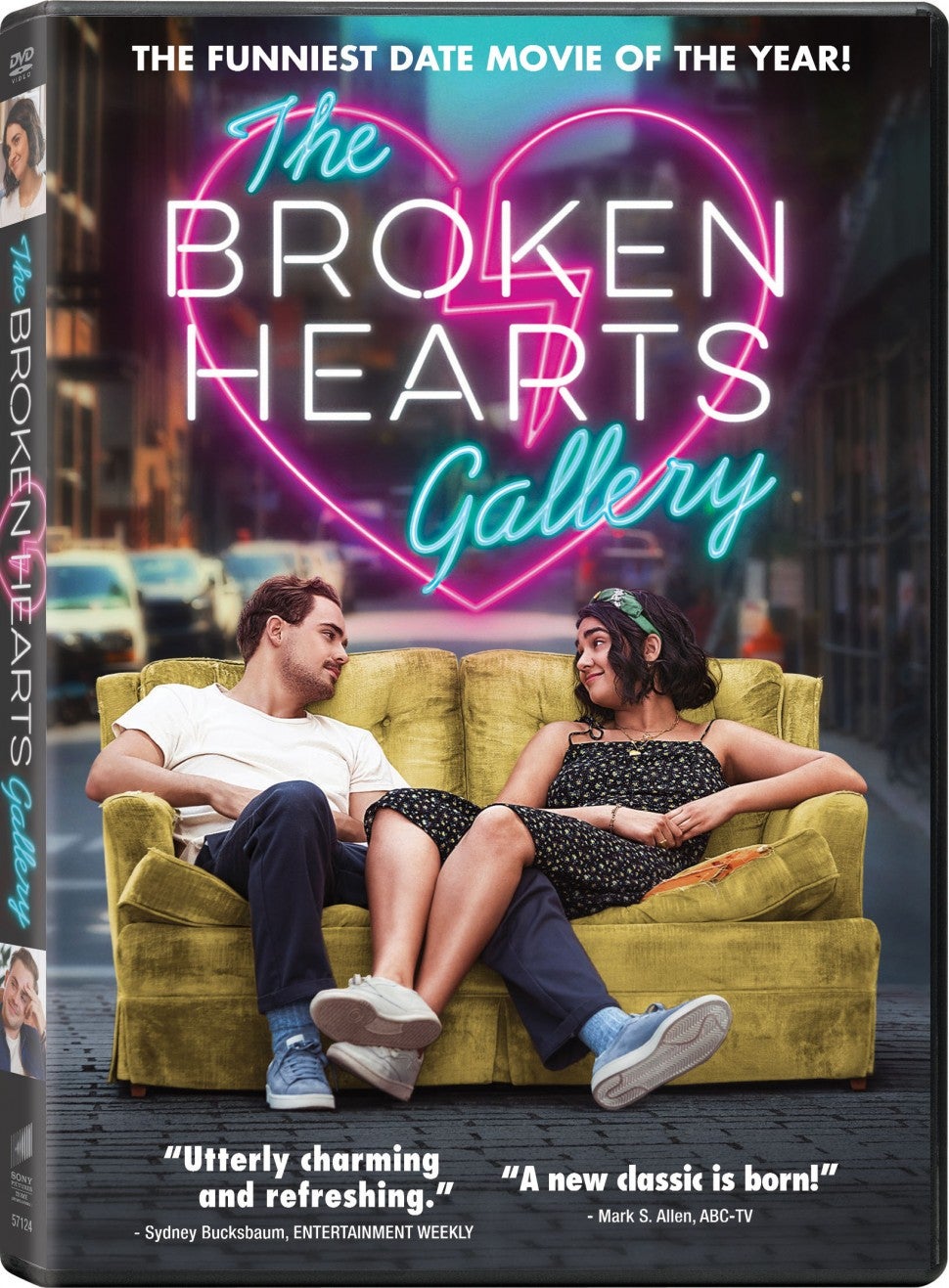 The Broken Hearts Gallery is available digitally today and arrives on Blu-ray and DVD on Nov. 17.