US cable channel Syfy has turned Game of Thrones author George R.R. Martin’s 1980 science fiction novella Nightflyers into a live-action space thriller with a horror twist – and the first reviews are in.

Nightflyers, set in the year 2093, is named after the spaceship at the centre of the series, which carries a small crew and a telepath to the outer reaches of the galaxy in order to make first contact with alien species.

Like most space missions, this one quickly goes wrong as distrust and violence erupt between the Nightflyer’s elusive captain and the small crew. 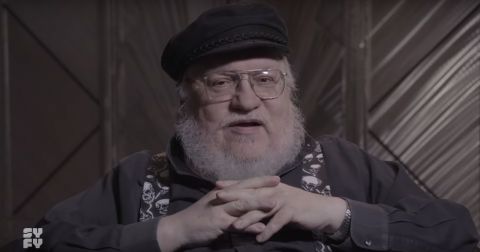 But what do the critics and viewers who’ve shared their views online think? Well, it’s a mixed bag…

“The show depicts an interesting vision of humanity fragmenting, with telepaths, clones and cyborgs all pointing in different directions for what it means to be human. By Episode 5 some of these disparate crew members team up to take the story in intriguing directions. But having watched the slow-burning first half of the season, it’s hard to shake the feeling the characters are stretched too thin for a 10 episode series.”

“Based on George R.R. Martin’s novella and a series of short stories — and a same-titled 1987 film adaptation — SyFy’s Nightflyers is a encyclopaedia of science fiction and horror cinema influences, but despite outstanding production values and some fine sequences of terror and body horror, it succeeds mainly at making you want to revisit the work that inspired it.”

“But being a horror story set in space presents Nightflyers a challenge met unsuccessfully by many TV shows nowadays: there’s not enough story here to necessitate a 10-episode series. As a result, what might have been a taut, gory, scare-fest along the lines of Paul W.S. Anderson’s equally unnerving mid-’90s horror film, Event Horizon, becomes a disorganized event that stretches too little material too far.”

“It’s a striking opening to a show that doesn’t quite earn it. Nightflyers, based on the pre-Westeros writing of George R. R. Martin, is a fine addition to an onscreen canon that’s already well-stuffed — that of the space horror story. But it flails when it comes to doing anything new with a metaphor that’s been worn thin, that of space travel as an escape from grief.”

“Decently cast, interestingly claustrophobic and boasting occasional tiny bursts of inspiration, Nightflyers isn’t going to suddenly hook those broad Game of Thrones demos, but there’s an audience out there that’s always thirsty for hard sci-fi and this is for them.”

“The potential for another excellent series is within reach, but only if the producers at Syfy overcome the temptation to descend into the heavy handed gothic horror that inspired the novella and keep the story focused, laser like, on the agony of being trapped and alone in a nightmare from which there is no escape, while hurtling forgotten through the void.” 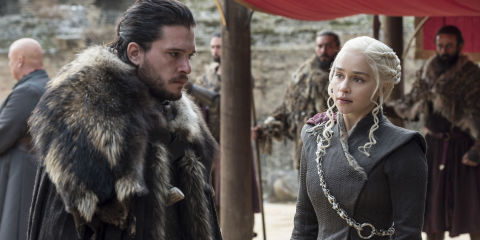 Nightflyers airs on Syfy in the US, and will air on Netflix in the UK and around the world.