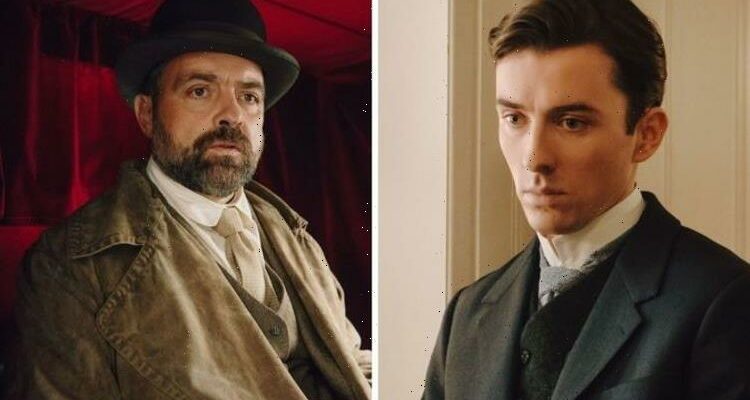 Vienna Blood’s first season captivated audiences with its combination of true-to-life characters and fictional events. It’s a unique detective crime drama with an emphasis on the psychological. The BBC is about to premiere its second season and Express.co.uk has all the details on the main cast.

Who is in the cast of season two, episode one?

Leading the series once again is Matthew Beard as Max Liebermann, a middle-class Brit who moved to Austria when he was a teenager.

When he arrived in Austria, he was pursuing his dream of becoming a doctor, though he quickly found a new passion for neurology.

He becomes particularly fascinated by the teachings of Dr Sigmund Freud, which led him to try and understand the minds of criminals in season one.

Beard is best known for Avenue 5, Kiss Me First and Decline and Fall.

Oskar Rheinhardt is the police detective that leads the investigation of murder cases in Vienna.

Season one saw him reluctantly work alongside Max, though in season two he is far more open to the unusual pairing.

He will still be irritated by Max’s long analytical approach to crime-solving, yet the two have a begrudging respect for one another.

Played by Jurgen Maurer, the Austrian star is best known for Anatomy of Evil, Neben der Spur, and Vorstadtweiber.

Max isn’t the only returning Liebermann, as his older sister Leah is back again for the second season.

As a widow who is bringing her son up alone, she has no time for nonsense in her stark reality.

Much like Oskar, she also gets irritated by Max’s outlook on the world and often puts him in his place.

Charlene McKenna stars in the role, with the star best known for Bloodlands, Death and Nightingales, and Ripper Street.

Mendel Liebermann is back again, the stern father of Max.

The first season saw Mendel and Max come to blows on more than one occasion, and it looks as though they will be again in season two.

The pair have never agreed about the path Max should take, though Mendel has softened since season one.

Played by Conleth Hill, the star is best known for playing Lord Varys in Game of Thrones.

Rounding out the main cast and Liebermann family member is America Bullmore as Rachel.

Rachel is Max’s overbearing mother who cares for little else outside of her children’s lives.

She often pressures Max into making major life decisions, even ones he may not necessarily want.

Bullmore recently starred in The Larkins as Miss Edith Pilchester and Gentleman Jack as Eliza Priestley.

Vienna Blood season 2 will premiere on December 10 on BBC Two.