REALITY star Vicky Pattison has revealed that drink took over her life and she needed therapy because she felt “lost and alone” after she won I’m A Celebrity.

In an exclusive interview with The Sun on Sunday, Vicky, 34, said she hated the person she became when she was downing up to ten drinks a day. 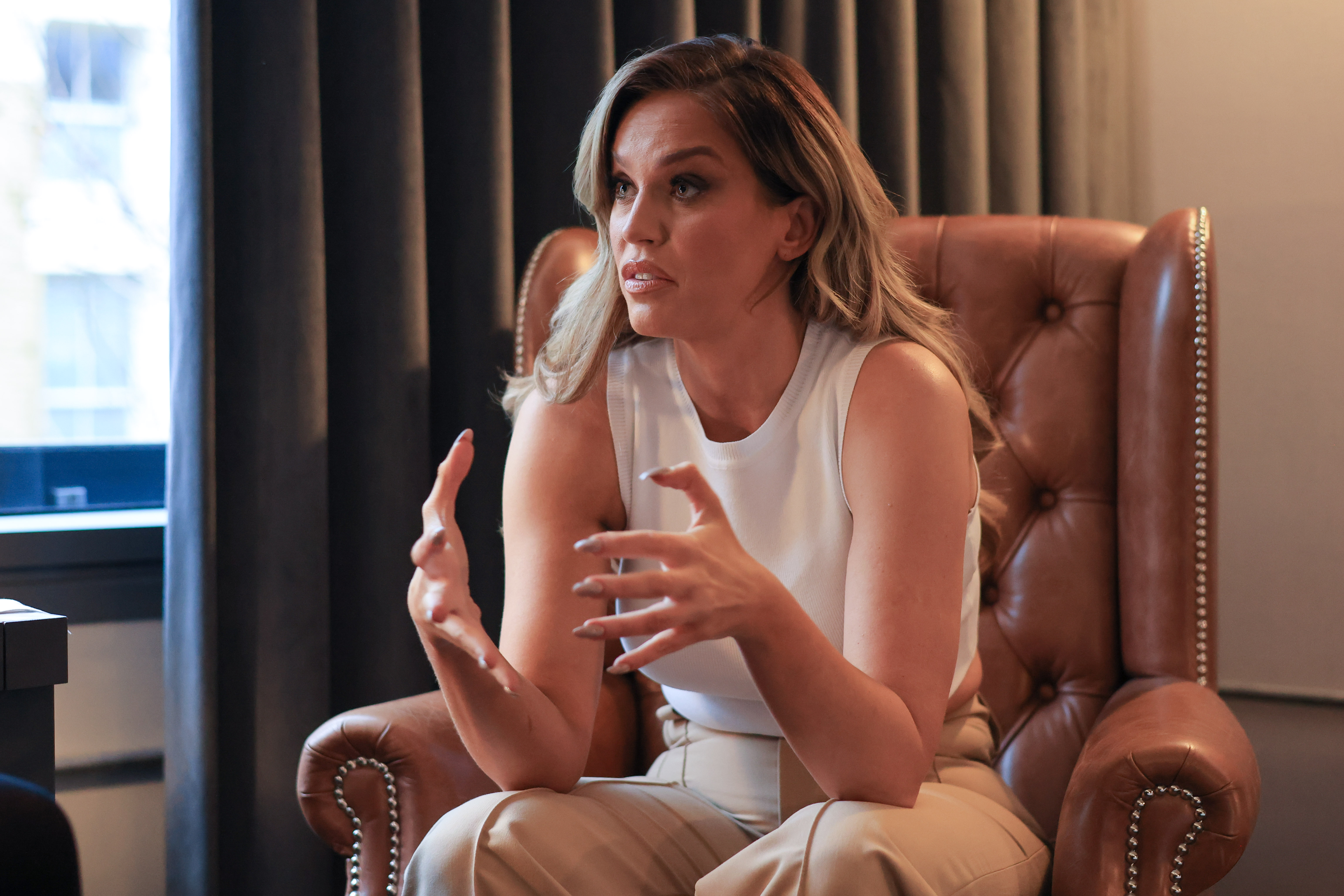 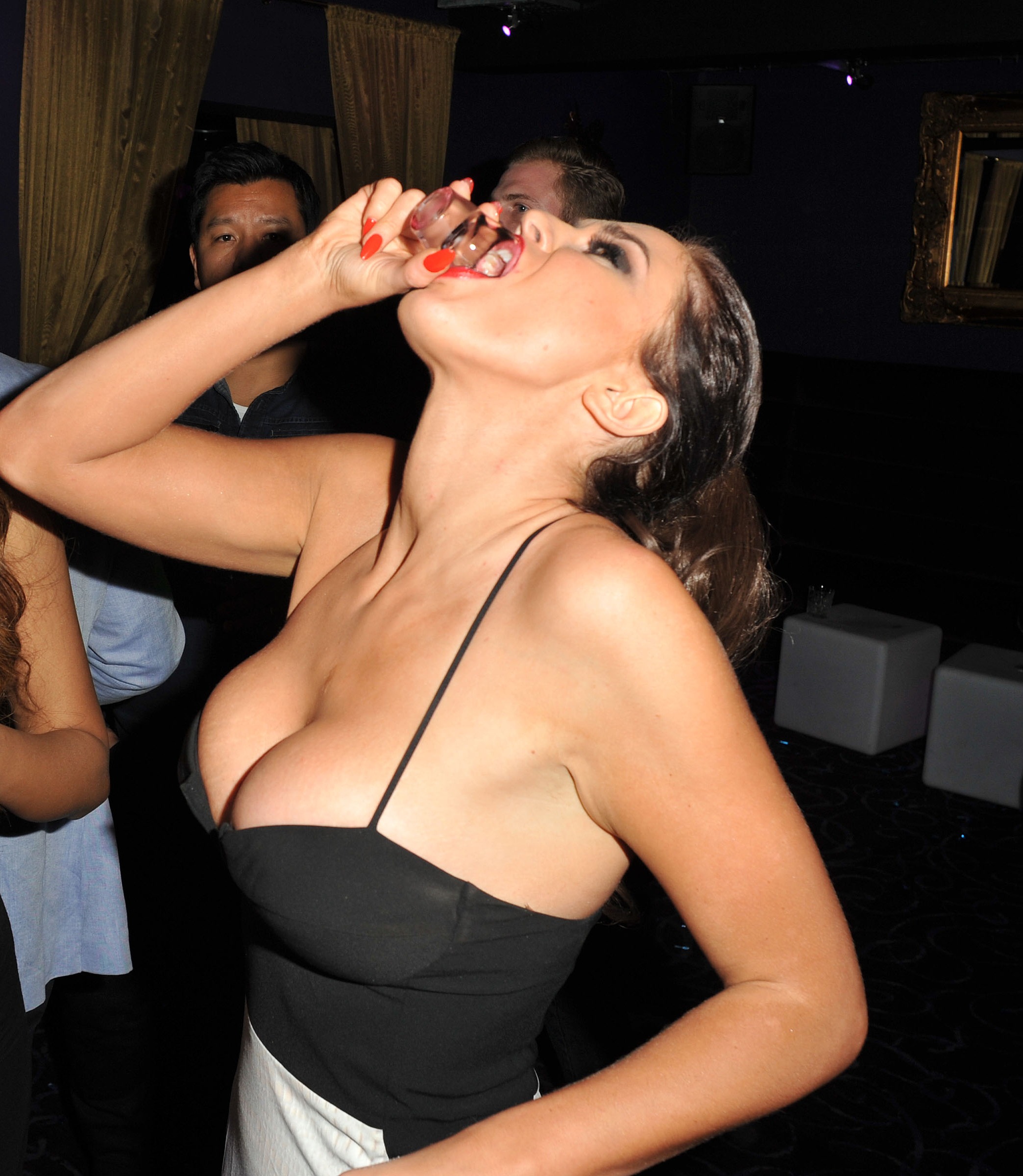 And she adds she is determined not to go down the same dark path as her dad John, 62, who has been battling his own alcohol problems and has been in and out of hospital, rehab and AA meetings for years.

Vicky said: “I absolutely adore my dad, it would be so easy for me to be like him. I’m not absolutely convinced I’m not.

“I don’t see myself as an alcoholic  because I work really hard to not follow the same behaviours and habits as him.

“I want to be this version of myself that I am today, because the alternative isn’t worth thinking about.

"I can have a couple of glasses of wine and be the life and soul of the party but if I fall over there is no off switch.

“I want more out of life than what my dad has had; a happy marriage, a good relationship with my kids, I want to be successful.

“I hated myself back then. I work very hard to not become that person.”

Winning I’m a Celebrity in 2015 should have been the highlight of her career after Geordie Shore, Ex On The Beach and her DVD, Vicky’s 7 Day Slim.

IT’S easy to slide into the habit of drinking too much alcohol.

But the bottom line is that excess booze is unhealthy. Alcohol affects every organ in the body.

It’s toxic to the liver. It can also damage the pancreas, the heart and the circulation.

Blood pressure can soar and the pulse can become dangerously irregular.

Over time, alcohol abuse can lead to stomach problems, as well as a higher risk of many cancers.

It’s so important to recognise excess drinking and do something about it before there’s permanent damage.

For various reasons, alcohol abuse can run in the family. That can make a drinker more aware of problems.

She was adored by the public, won with 80 per cent of the votes and job offers started pouring in.

Vicky said: “I had everything I ever wanted. The public liked us, I’d left behind Geordie Shore and I had this new shiny career.

“But I was convinced that people would realise I wasn’t anything special and it would all be taken away.

“I was turning up late for jobs. I don’t think I ever turned up drunk, I always slept, but I was not in a fit state to work.

“When you’re doing talk shows you want to be witty and warm, bright-eyed and bushy-tailed, not still shaking off the lethargy of five gin and tonics.

“Once in a while you can put it down to the Geordie charm but, consistently, it’s just unprofessional. That’s what I was becoming.

“I was jeopardising everything I’d ever wanted and worked for. I don’t know many people who get mortal drunk and are still the nicest people in the world.

“You’re always sloppy or aggressive. I became a gross amalgamation of all of those when I was drunk.

“So I’d deal with a hangover and that shame. And what gets rid of that? Having a drink.” 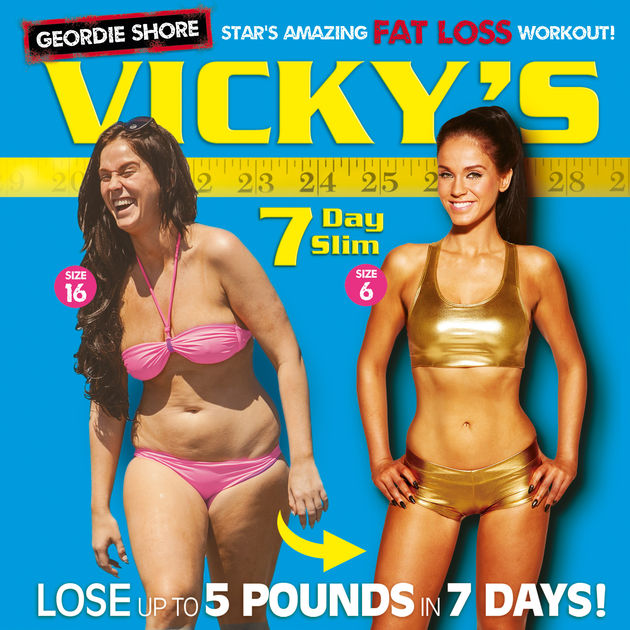 VICKY’S other regrets include making a fitness DVD that saw her go from a size 16 to a 6, as it “perpetuated a culture I’m not proud of”.

She said: “I honestly believed if I became thinner I’d be happier. So when I was saying, ‘Buy this DVD and look like me’, I thought I was helping.

"I definitely went too far. The addictive side of my personality took over.

“I had insecurities from when I was 11 and told I was too big to pretend to be Baby Spice because she wore crop tops.”

Finally, her management stepped in.

“And I was. So that’s when I stepped up my therapy.”

Vicky was just 22 when she found fame on MTV’s Geordie Shore.

She says her toxic relationship with alcohol began then as the young stars were encouraged to drink huge amounts on nights out.

Vicky said: “Now I’m in such a happy place, I feel really sorry for that girl.”

Next month she releases her new book The Secret to Happy — part autobiography, part self-help — to aid others.

She said: “I want people reading it to know they’re not alone. I want them to read some of my mistakes and feel better about theirs.

Everton furious with Jordan Pickford over his wife's 'anti-vax' posts

Some of her biggest mistakes have been around the men she has chosen to have relationships with.

Vicky said: “I’ve spent so long picking the wrong men. I cry, because all my friends are having babies and I’ve only got a dog.”

Now she has found love and happiness with personal trainer Ercan Ramadan, 38.

He was there for her last month when she was diagnosed with a cyst on her ovaries.

She said: “Ercan is a lovely person, I’ve never been nicer than with him.

“I was told the cyst could make conceiving difficult.

"Ercan said, ‘It’s absolutely fine, we’ll be fine, and if we’re not there’s other ways to be a parent’.

“Then, he started talking about adoption and it made us love him even more.

THE Secret to Happy by Vicky Pattison is available from January 6, published in hardback by Sphere, £16.99. Audio and e-books are also available.

IN THE SUN TOMORROW: Vicky’s Dating Secrets. In an exclusive extract from her new book, the star reveals how she put heartbreak behind her to find lasting happiness. 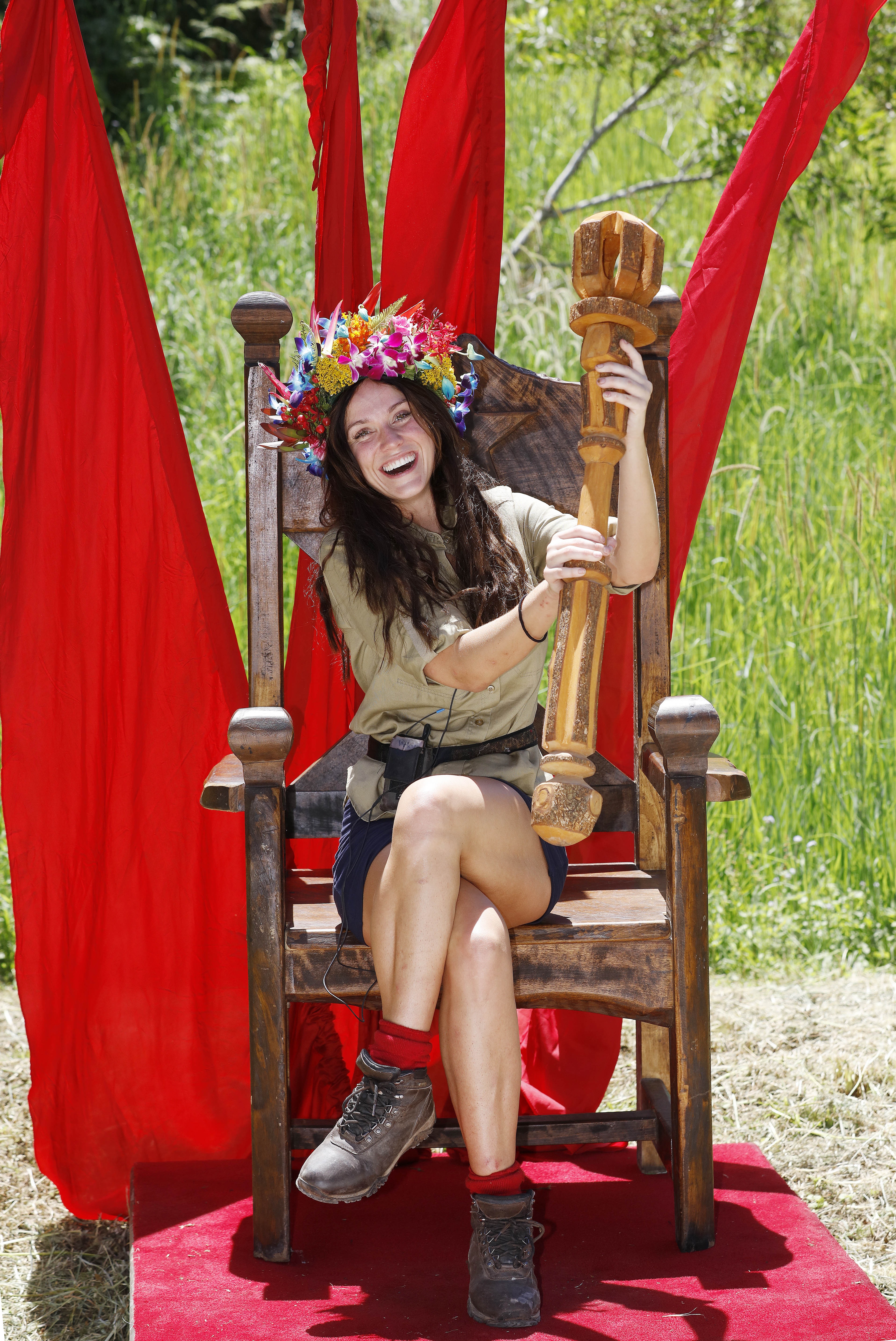 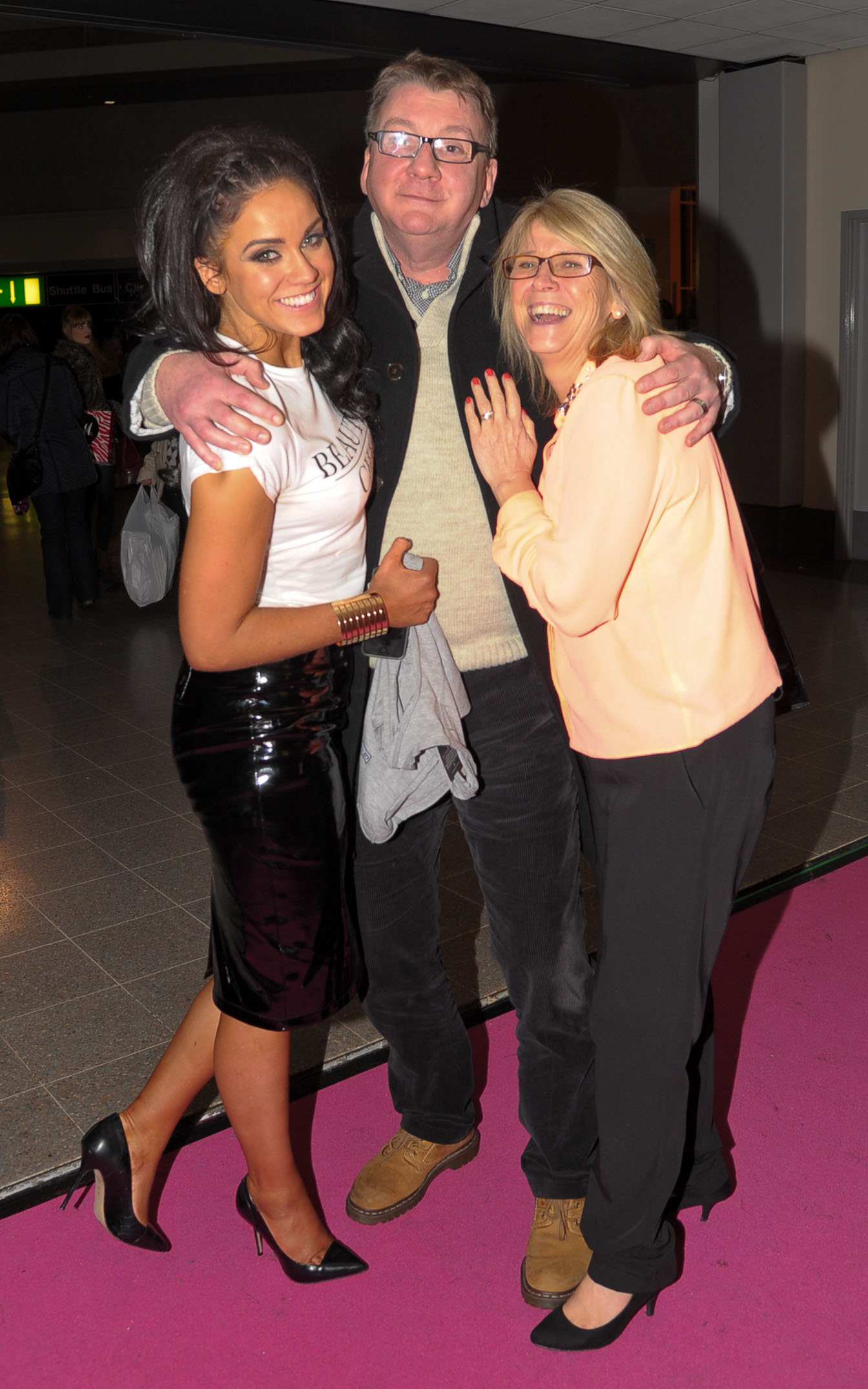 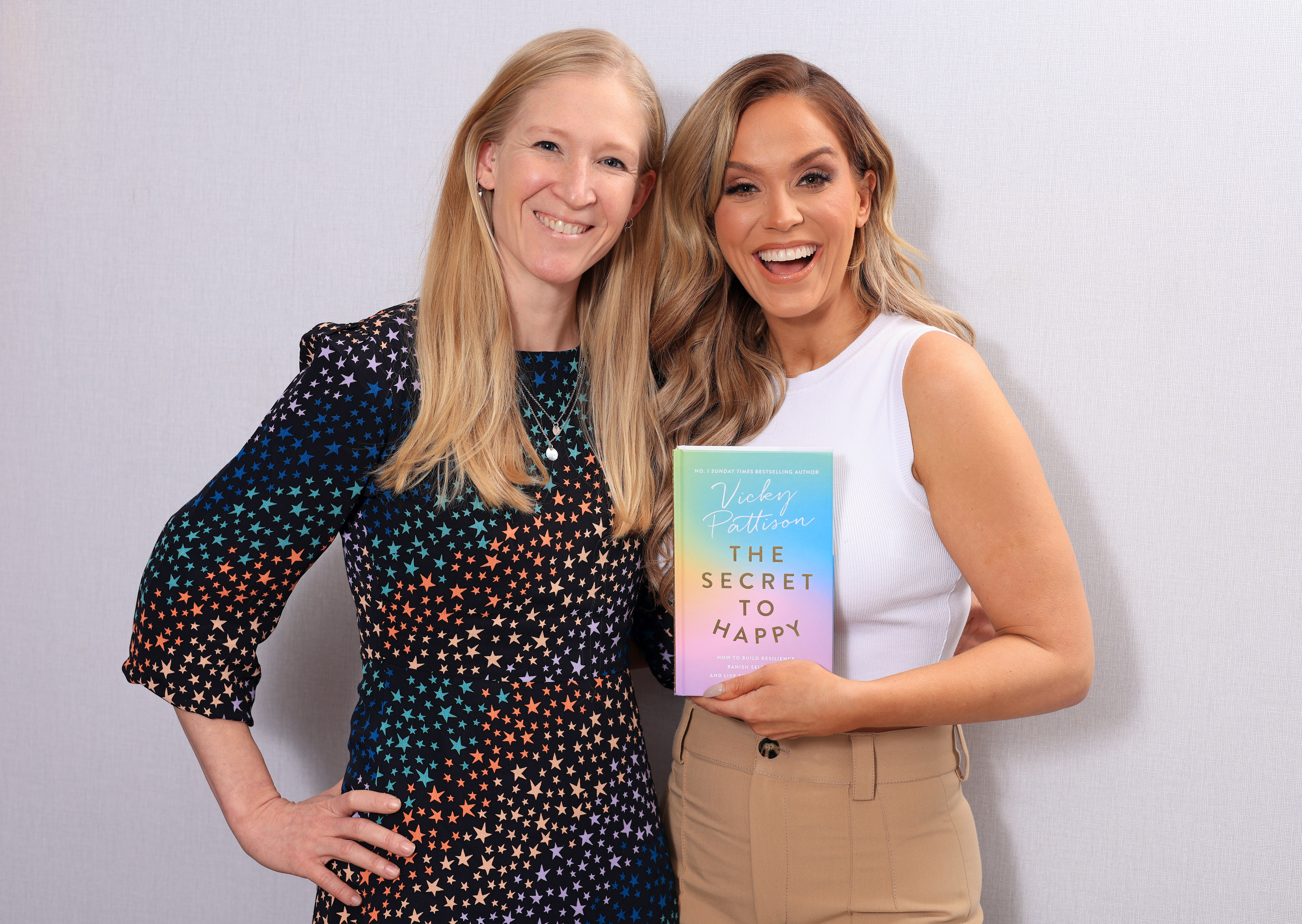