Bravo producer Andy Cohen revealed that while he was filming the Vanderpump Rules virtual reunion, close friend Anderson Cooper was about to break the news that he just became a father. 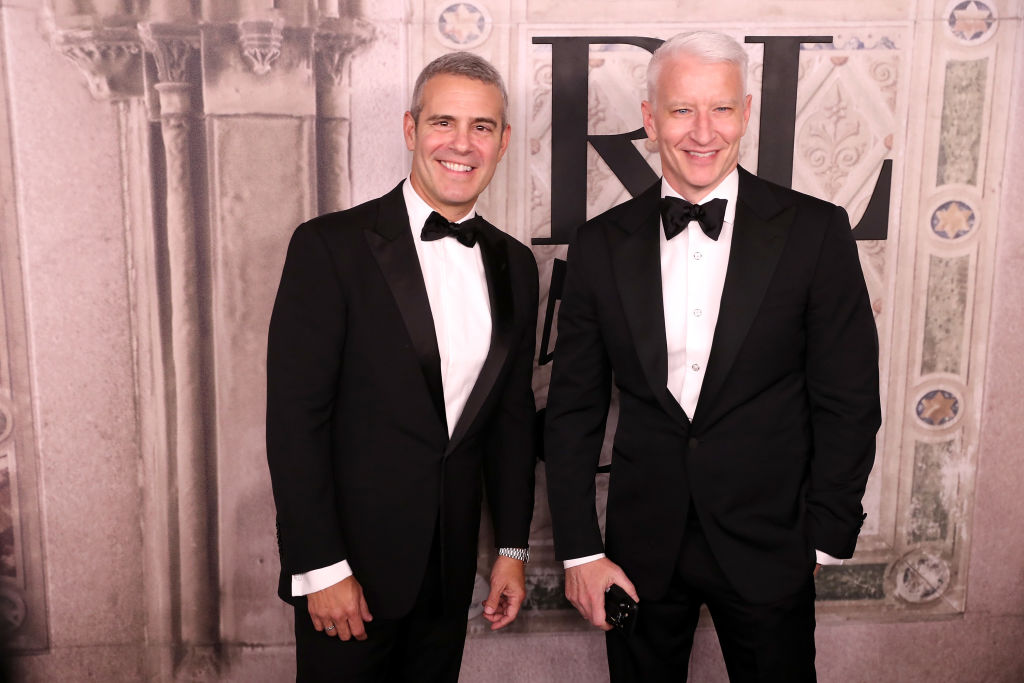 Reunion news was perhaps still under wraps, but Cohen spilled during his Sirius XM show that he was filming the season 8 reunion on April 30 when Cooper was about to publicly announce the birth of his son Wyatt. “I taped the Vanderpump Rules reunion on Thursday,” he dished. “I don’t know, I might be breaking a little news there.”

Cohen has been filming series reunions virtually since the pandemic struck. Reunions he has filmed thus far include The Real Housewives of Atlanta and Summer House. He originally said he wasn’t a fan of hosting a virtual reunion, but has since moved forward with a reunion for some shows.

He found himself in the middle of a conflict

Cohen wrapped reunion filming but producers still needed some additional footage. However, he knew Cooper was about to announce baby news and he wanted to watch it on television. “Hilariously, Anderson had said he was announcing Wyatt’s birth at the end of his show,” Cohen shared.

Which #PumpRules couple would you want to be quarantined with?

“He said it was going to be around the end of the eight o’clock hour,” Cohen continued. “And we were shooting the reunion, and we were just winding it up. And I was texting the executive producer, Doug Ross.”

Cohen says he still needed to provide more footage. But, “I was like, ‘Doug, there’s something I have to watch on T.V.’ I texted him,” Cohen said. Meanwhile, there were people waiting for Cohen so he thought certainly Ross had to think he was being a little crazy. Obviously Cohen couldn’t disclose the news to others since Cooper was about to share it publicly.

Cohen says it was a ‘great reunion’

Cohen laughs about what Ross must have thought considering they were in the middle of the reunion. “Like something’s more important to watch on T.V. than doing this reunion,” he mused. Adding, “It was a great reunion! It was really good!”

The reunion was supposed to be shot on April 3 until the pandemic squashed those plans, People reports. “It was supposed to be April 3, so obviously not going to happen,” Stassi Schroeder shared on her Straight Up With Stassi podcast.

Later Cohen shared a photo of Cooper with his newborn son. “‘New life, new hope!’ Wyatt Cooper, you couldn’t have come at a better time! I know a friend who can’t wait to meet you! ♥️,” Cohen shared on Instagram.

I want to share with you some joyful news. On Monday, I became a father. This is Wyatt Cooper. He is three days old. He is named after my father, who died when I was ten. I hope I can be as good a dad as he was. My son's middle name is Morgan. It's a family name on my mom's side. I know my mom and dad liked the name morgan because I recently found a list they made 52 years ago when they were trying to think of names for me. Wyatt Morgan Cooper. My son. He was 7.2 lbs at birth, and he is sweet, and soft, and healthy and I am beyond happy. As a gay kid, I never thought it would be possible to have a child, and I’m grateful for all those who have paved the way, and for the doctors and nurses and everyone involved in my son's birth. Most of all, I am grateful to a remarkable surrogate who carried Wyatt, and watched over him lovingly, and tenderly, and gave birth to him. It is an extraordinary blessing – what she, and all surrogates give to families who cant have children. My surrogate has a beautiful family of her own, a wonderfully supportive husband, and kids, and I am incredibly thankful for all the support they have given Wyatt and me. My family is blessed to have this family in our lives I do wish my mom and dad and my brother, Carter, were alive to meet Wyatt, but I like to believe they can see him. I imagine them all together, arms around each other, smiling and laughing, happy to know that their love is alive in me and in Wyatt, and that our family continues.

Cooper shared several photos of his son and a post on Instagram. “I want to share with you some joyful news. On Monday, I became a father. This is Wyatt Cooper. He is three days old. He is named after my father, who died when I was ten. I hope I can be as good a dad as he was.”