Vampire Academy star Kieron Moore has called on fans to keep “an open mind” when it comes to the new Peacock series’ characterisation of Dimitri.

In Richelle Mead’s beloved books Dimitri is described as a 6′ 7″ Russian Dhampir guardian, with brute strength and a heartbreaking backstory. In the new series, British actor Kieron will play the vampire guard, and he told HELLO! that although things have been changed, he believes the “essence” of Dimitri is still there.

“I think the fans need to keep an open mind for Dimitri’s character,” he shared at San Diego Comic Con.

“The essence of the character is about where you are from being a part of your story, and I took that into consideration, and in many different ways I believe I embodied that to the best of my ability. I hope that [comes across].”

MORE: Chicago Fire star Taylor Kinney reveals whether kids are on the cards for Severide and Stella in season 11

He continued: “Dimitri is in a very different world [in the show] than he is in the books, and fans have to take some insight into that. 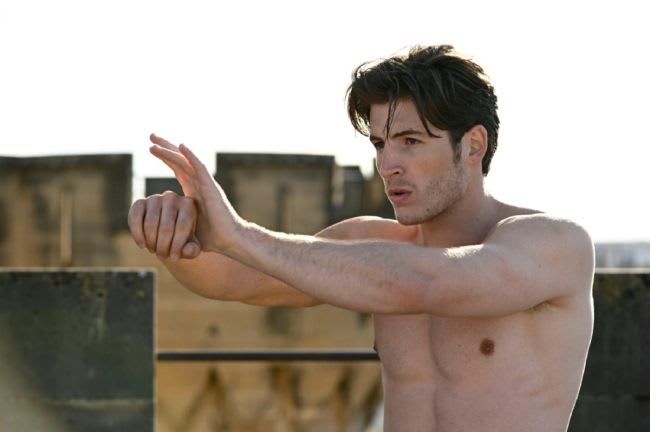 Co-star Sisi Stringer, who stars as Rose Hathaway, a fellow Dhampir guardian who is bonded with her best friend and vampire royalty Lissa (played by Daniela Nieves), agreed, sharing that there will be a “lot of lovely backstory on Dimitri” and hinted that the “Russian thing does come in”.

“The beauty of portraying Dimitri is that so much of the page talks about his beautiful stature and how strong he is, but I get to play the man underneath,” Kieron concluded.

“That’s the beauty of a TV show and hopefully fans will be proud of my choices.”

Kieron and Sisi spoke about finding themselves in ‘sync’ while filming

The series follows two young women in a world of privilege and glamor, whose “friendship transcends their strikingly different classes as they prepare to complete their education and enter vampire society — one as a powerful royal, the other a half-vampire guardian”.

The new show from Julie Plec and Marguerite Macintyre involved a lot of physical training and stunt work for the cast, and they told HELLO! that it helped them both to become “in sync”. 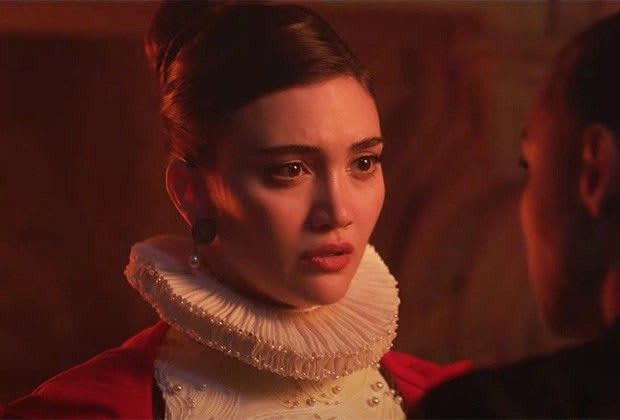 The show airs on 15 September

“Rose and Dimitri in the books find their relationship through the training, and we spent so much time together we did become in sync,” said Kieron.

Sisi added: “Every day we weren’t filming, we were in the gym training. In the last month I was smashing it, the first few months not so much!”

She also praised co-star Drew Liner (who plays Mason), joking: “And thank God for Drew as my first fights were with him, and he was great, and a natural.”