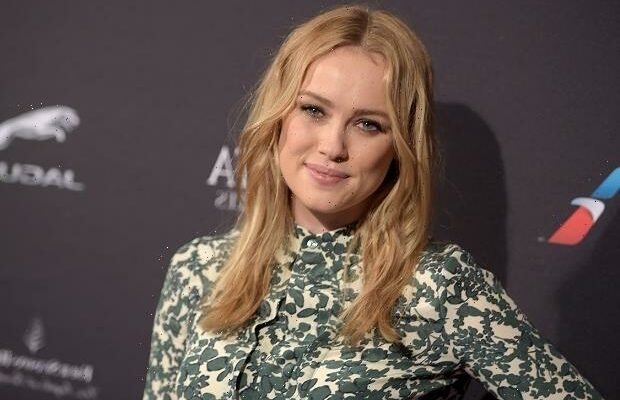 New’s character was widowed at an early age and now “enjoys the privileges and power that come with being at the helm of her former husband’s estate, living life on her own terms with financial independence and sexual freedom.” In addition to starring as Eleanor Guthrie on Starz’s Black Sails, New’s TV credits include FX’s Trust and The Strain.

Bridgerton’s upcoming season focuses on the love story between Colin Bridgerton and Penelope Featherington (aka Lady Whistledown). Penelope has given up on her crush on Colin and “decided it’s time to take a husband, preferably one who will provide her with enough independence to continue her double life as Lady Whistledown, far away from her mother and sisters,” the synopsis reads. “But lacking in confidence, Penelope’s attempts on the marriage mart fail spectacularly.”

Colin, meanwhile, “has returned from his summer travels with a new look and a serious sense of swagger,” the synopsis continues. “But he’s disheartened to realize that Penelope, the one person who always appreciated him as he was, is giving him the cold shoulder. Eager to win back her friendship, Colin offers to mentor Penelope in the ways of confidence to help her find a husband this season. But when his lessons start working a little too well, Colin must grapple with whether his feelings for Penelope are truly just friendly.”

* Watch a trailer for Disney+’s Save Our Squad With David Beckham, in which the soccer superstar returns “to his East London roots to mentor Westward Boys, a young, grassroots team who are at the bottom of their league, facing relegation.” The show premieres Wednesday, Nov. 9.