In the manner of a '90s sitcom, singer John Legend and his Insta-starlet wife, Chrissy Teigen, pretend to be simple neighbourhood carollers as an opening premise to their reality star-stuffed Christmas special. On the guest list are some Kardashians, some Voice alumni, and a couple of actual celebrities, including Stevie Wonder, Zach Galifianakis and Meghan Trainor. The couple's four-year-old daughter, Luna, provides the "Awww!" factor. 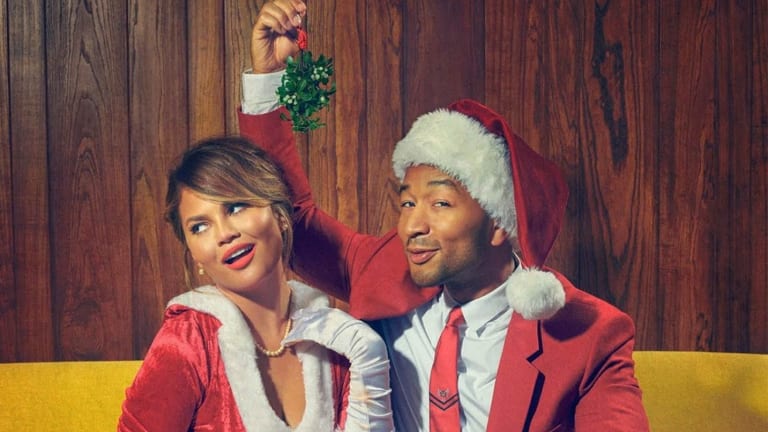 A Legendary Christmas with John Legend and wife Chrissy Teigen.

Television's most down-to-earth presenters have been too busy preparing this packed episode to throw their own Chrissy party and exchange gifts, as they did last year at Melbourne's Werribee mansion. This year, viewers get the presents in the form of handy tips such as how to weatherproof your vegie patch while you're away, to how to make a living cubby house, framed succulent garden or a seed-bomb bonbon. Capping off the festivities is the announcement of the Gardener of the Year.

Reportedly, Jamie Oliver initially refused Channel 4's request for this program, on the grounds that the occasion calls for languorous time spent in the kitchen, slow-cooking traditional fare while savouring the moment and presumably some festive cheer. Fortunately for the hordes of us denied such luxuries at any time of the year, let alone this extended family fest, he was persuaded to share such crowd-pleasers as his five-ingredient turkey stuffing cooked in a Bundt tin.