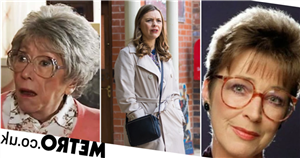 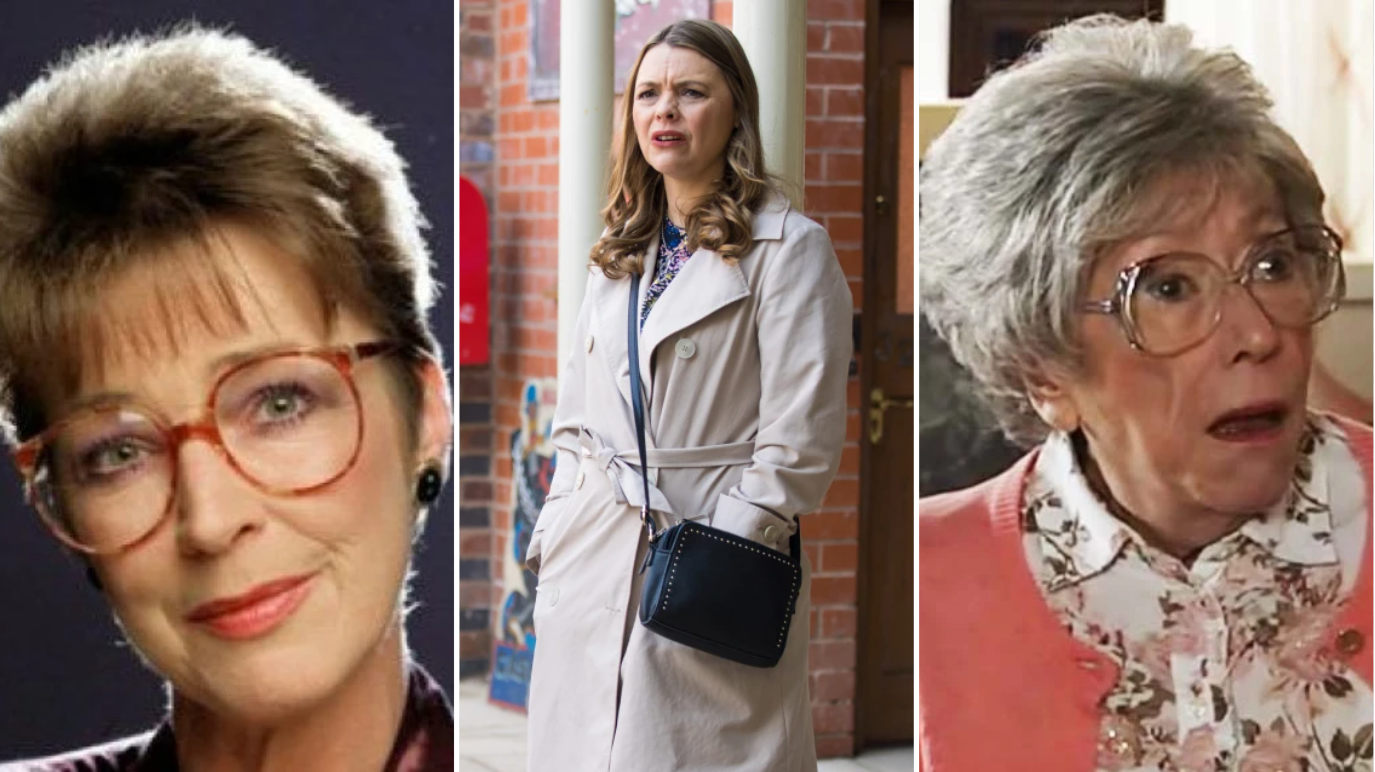 Just occasionally we get a glimpse that Coronation Street’s frankly terrifying Tracy Barlow (Kate Ford) is actually human and has real feelings like the rest of us.

In tonight’s episode she was feeling sad because her daughter Amy (Elle Mulvaney) had left home to live with boyfriend Jacob (Jack James Ryan) and friends Summer (Harriet Bibby) and Aaron (James Craven) in a flat-share.

A down-in-the-dumps Tracy took to the Rovers to get out of the house, and Jenny (Sally Ann Matthews), Glenda (Jodie Prenger) and Tim (Joe Duttine) were concerned by the sight of her sitting on her own ‘with a face like a yard of gravy’ in Tim’s words. They may have been concerned, but they were also a little bit scared of the famous Tracy temper, so Glenda and Jenny decided Tim should go and keep her company, taking a glass of wine to cheer her up. ‘Are you a man or a mouse?’ Glenda goaded a hesitant Tim.

He approached Tracy’s table. ‘Anybody sitting there?’ he asked, gesturing at an empty seat.

‘Yeah,’ said Tracy, turning on her smile and her sarcasm to medium strength (you’ve got to hold a bit in reserve). ‘My dead grandmother, Blanche. She’s sat there telling me all about the knit and natter club she’s got going on up there, with Princess Di, Tommy Cooper and Whitney Houston.’

Sitting down, Tim cautiously asked her if she was in a bad mood because Amy had moved out. And, rather movingly, Tracy admitted that was the reason. ‘That house next door used to be full of women,’ she said. ‘That’s what got me thinking about Blanche just now. There was her, my mum, me, Amy… Dad used to feel like he was being ganged up on. “The Golden Girls” versus him, he used to say.’

Blanche Hunt (Maggie Jones), from whom Tracy inherited her sarcasm gene, was one of Coronation Street’s all-time classic characters. The mother of the equally unforgettable Deirdre (Anne Kirkbride), Blanche graced the cobbles from 1974 to 2009, dispensing home truths and pithy put-downs to anyone who crossed her path.

Her daughter Deirdre starred in the show until 2014. Deirdre’s relationship with Ken (William Roache), which survived various break-ups and infidelities on both sides, was one of Coronation Street’s most enduring partnerships. ‘I never loved anyone the way I loved Deirdre. And still love her,’ Ken recently told Tracy in heartfelt scenes.

To cheer Tracy up, Tim suggested that he, Sally (Sally Dynevor), Steve (Simon Gregson) and Tracy should hang out a bit more. ‘Is that supposed to cheer me up?’ she replied – but honestly we’d be so here for that happening. And definitely here for more Tracy and Tim scenes.