The former professional footballer, 47, didn't realise that he was on camera as he made a quick dash from room to room. 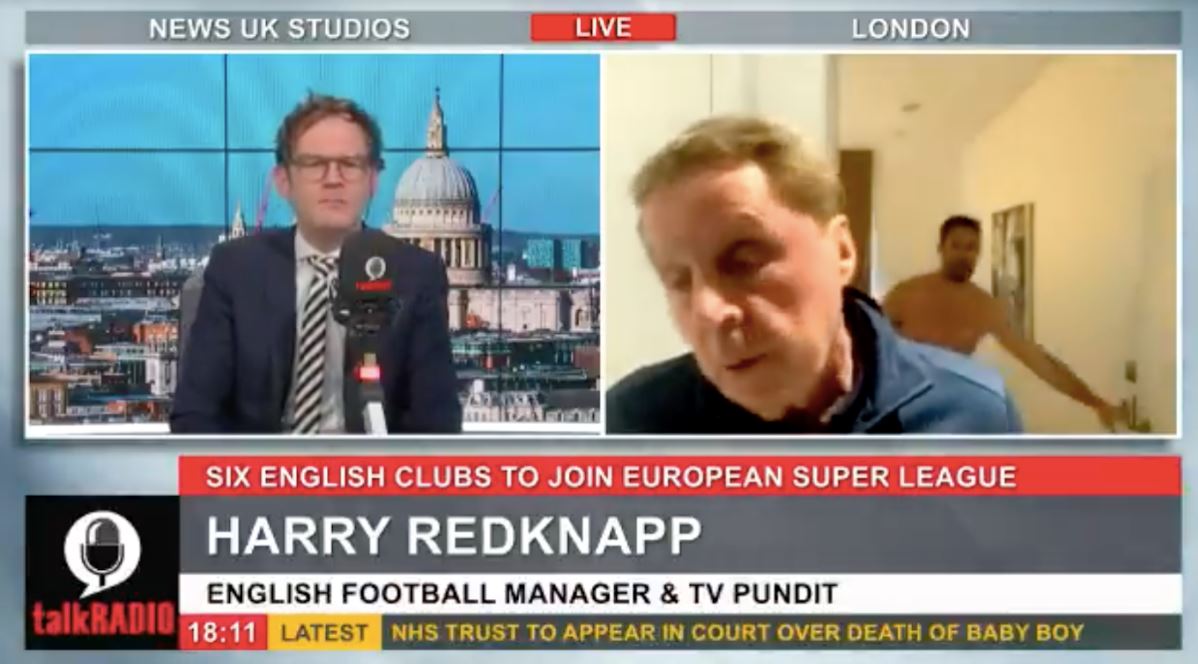 Dad Harry, 77 – who is a former footie player and manager – was chatting with radio host Mark Dolan about the new European Super League.

As Mark gave his opinion on the shake-up and Harry listened, Jamie suddenly made an appearance in the background with barely any clothes on.

The half-naked sports star looked intrigued at what his dad was doing, but quickly hid behind the door when he realised what was happening.

Despite his son making a sudden appearance, both Harry and Mark acted like true professionals and continued as if nothing had happened. 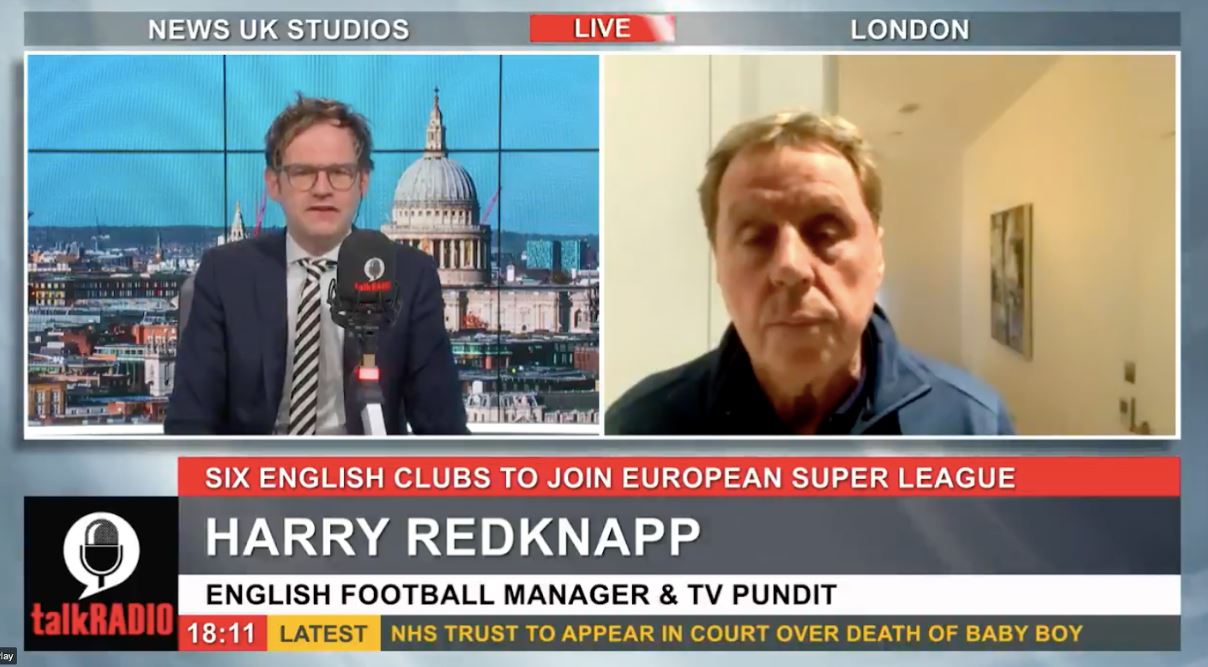 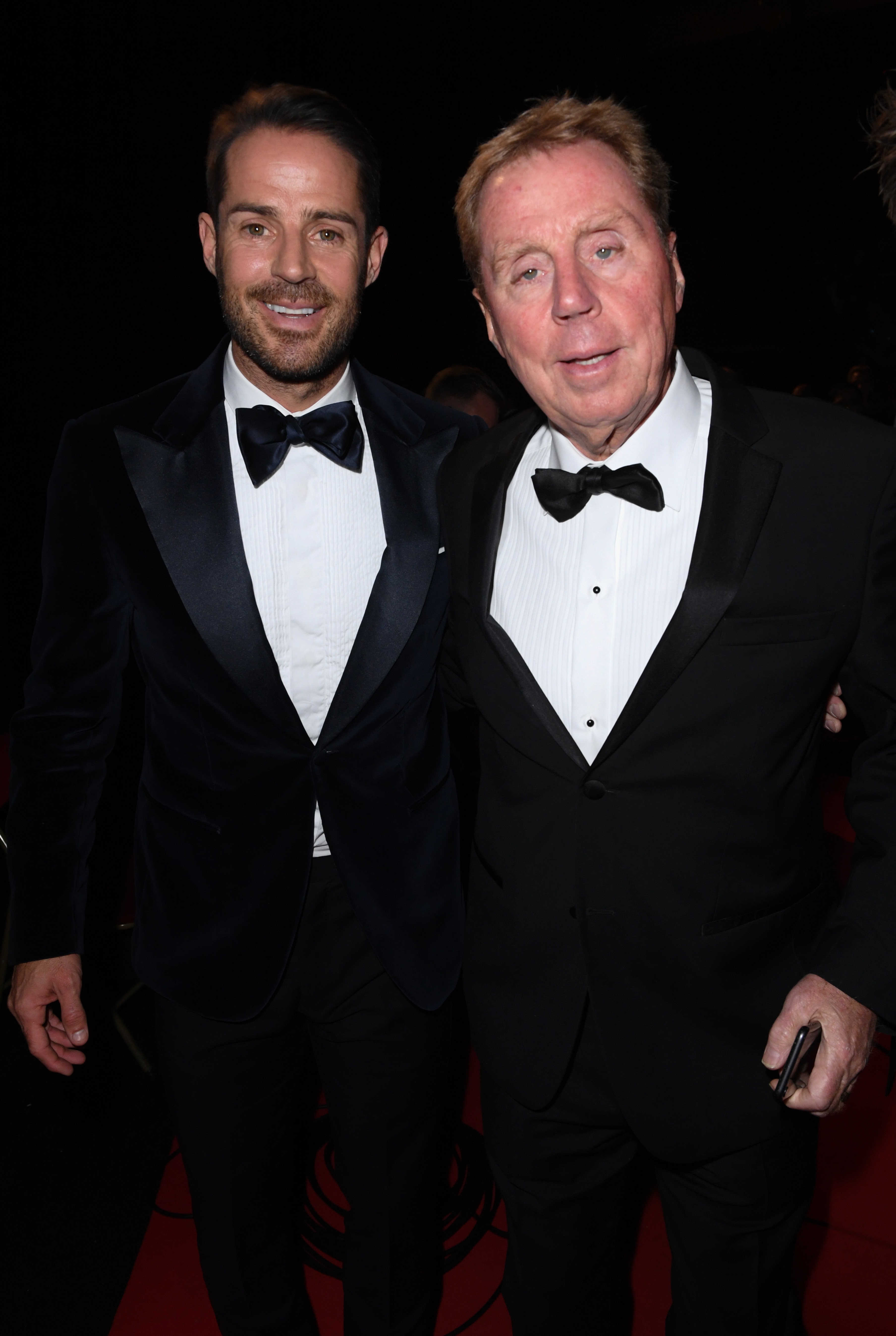 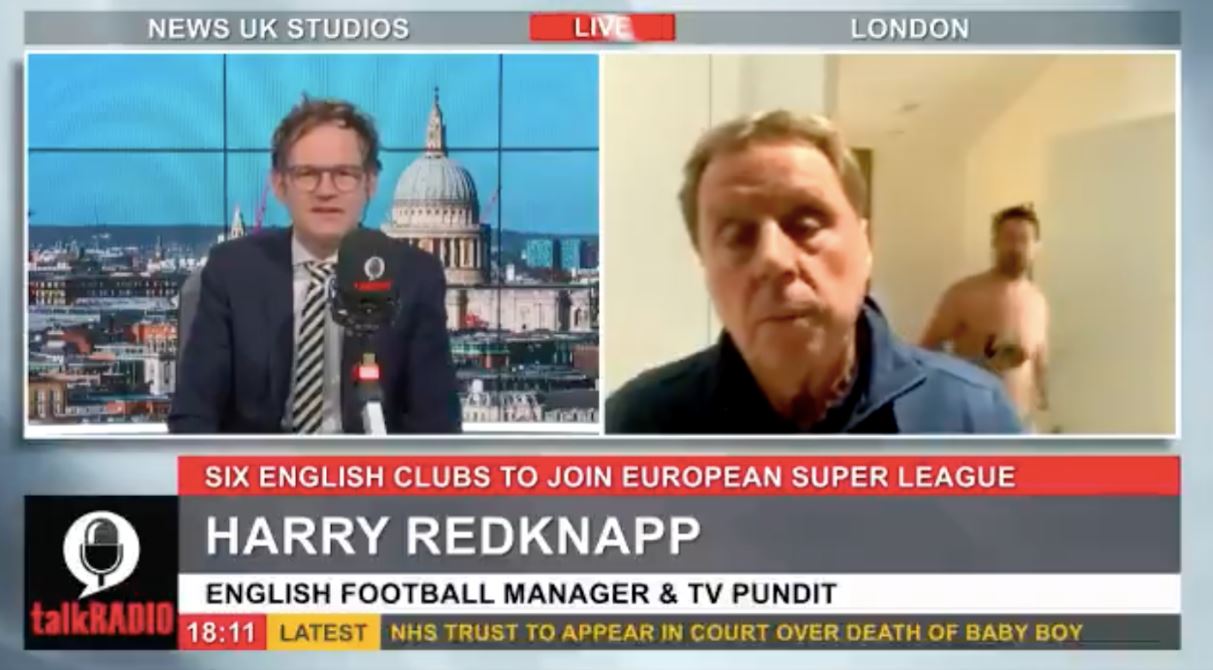 One replied: "No I didn’t watch it again and pressed pause," with a winky face.

It's no wonder Mark wanted Harry's opinion on the new league as he's played a huge part in various teams successes both on and off the pitch. 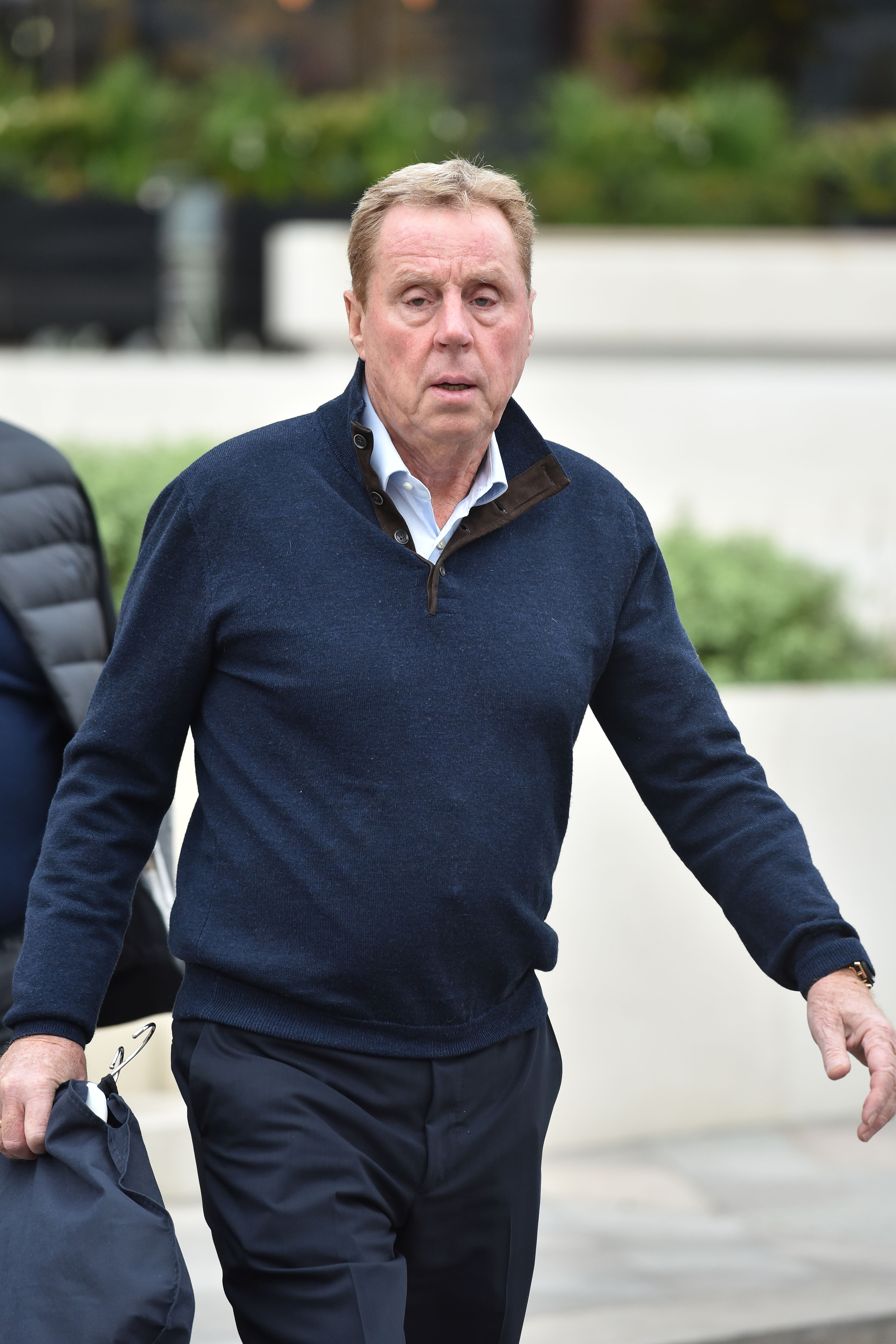 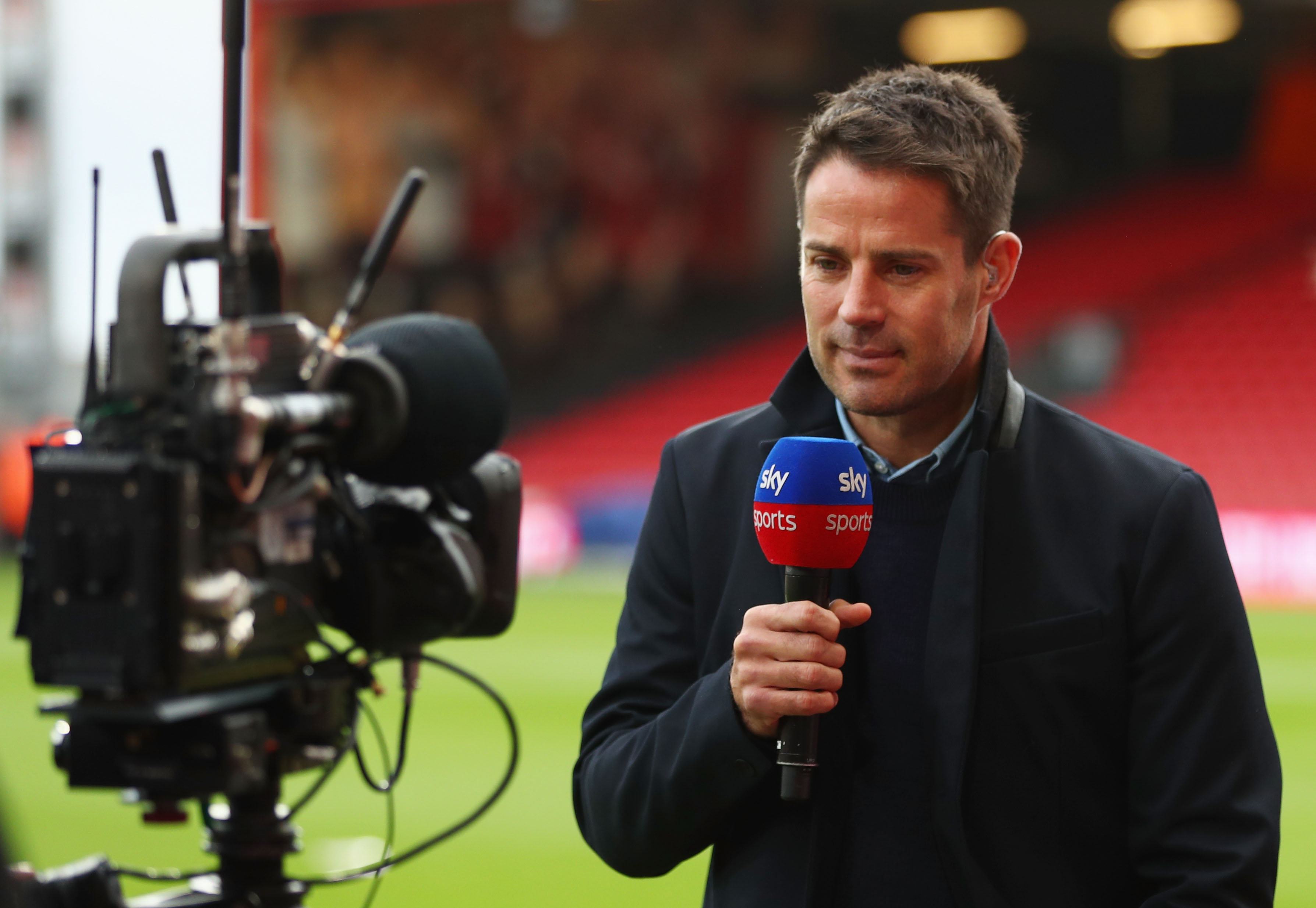 He's made a total of 149 appearances for West Ham and 101 for AFC Bournemouth, before finishing his career as a midfielder at the Seattle Sounders.

The sporting legend went on to coach from 1976 to 2017, and has also managed clubs including West Ham, Southampton, Tottenham, QPR and Birmingham.

His son Jamie followed in his footsteps and played professionally for like likes of AFC Bournemouth, Southampton, Liverpool, and Tottenham Hotspur from 1989 to 2005.

Since then he's become a pundit for Sky Sports and has his own sports column.

Over the past year video calls have allowed our favourite celebrities to make appearances on various radio and TV talk shows.

Harry and Jamie aren't the only ones who have been involved in a zoom call mishap over the past year.

Earlier this month Stacey Solomon was left red-faced when her doorbell kept ringing during an interview with Cat Deeley on Lorraine.

And last year Michelle Keegan left embarrassed after her dog sabotaged her Brassic live Q&A with the rest of her co-stars.