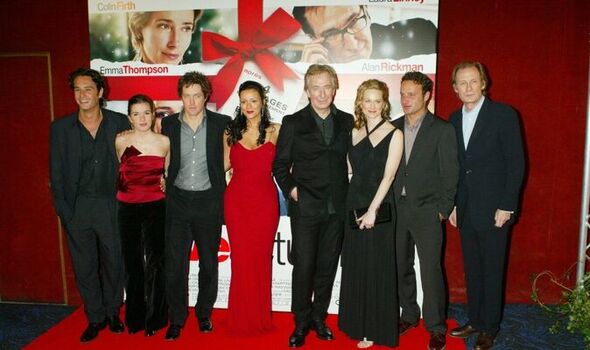 A Christmas Carol, Miracle on 34th Street, and It’s a Wonderful Life also made the list, with 44 percent believing the “classics” are better than anything modern.

The research was commissioned by The National Lottery, which is thanking its players by giving away 50,000 free tickets, including drinks and snacks, to screenings of Love Actually – the third most rewatched festive movie – in cinemas across the UK.

A spokesman said: “Christmas films bring people together and create a thrill of excitement ahead of the big day – and rewatching favourites has clearly become a tradition for many, who can quote what’s coming next.

“It’s great to see how much people love Christmas films. There is something warming and nostalgic about watching festive movies as the nights draw in and decorations are up.

“But films are made for the big screen, and it’s great to see Love Actually is the number one British film viewers re-watch.”

The research also found the typical holiday season sees people watch seven Christmas films, with December 24th the most popular day to do so (63 percent).

But while 46 percent wait until December, almost a quarter (23 percent) tend to watch their first festive movie as early as November.

And more than half (53 percent) claimed watching Christmas movies with family and friends is part of their yearly traditions, with 41 percent opting to watch nostalgic titles from their childhood.

People are most likely to watch a Christmas movie with their partner (59 percent), as well as their children (43 percent) and their parents (28 percent).

And comedies are the preferred genre of festive films to watch (41 percent), followed by rom-coms (28 percent) and action titles (23 percent).

Those polled, via OnePoll, have watched Love Actually an average of four times – with the most popular scene being the Prime Minister, played by Hugh Grant, dancing (17 percent).

Other memorable moments were Mark confessing his love for Juliet with messages on boards outside her house (15 percent), and the Prime Minister and Natalie getting caught kissing at the school nativity (14 percent).