Love Island fans were left reeling after Tommy picked Lucie in a surprise manoeuvre, despite the Cornwall lass maintaining throughout the episode that she was extremely happy with sandwich maker Joe. The blonde surfer attracted the 20-year-old boxer from the offset, with him making a beeline for her and fellow Love Islander Amber Gill.

Joe was left devastated last night after Lucie was stolen from him by boxer Tommy in a dramatic recoupling.

Curtis Pritchard does his best to reassure Harry Styles lookalike Joe, but it doesn’t appear as though his kind words have any effect.

Meanwhile Tommy is aware everyone is talking about his decision to couple up with Lucie and the pair have a heart-to-heart up on the terrace. 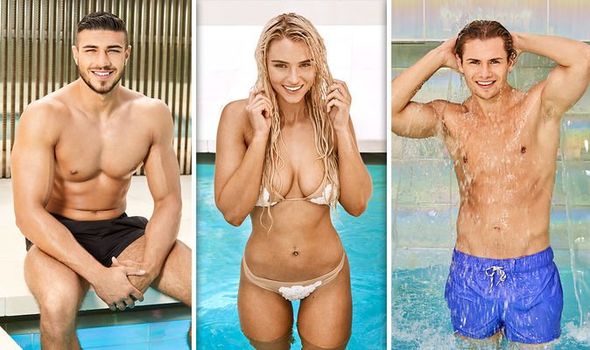 Although, only two days in, viewers were left shocked and outraged last night when Tommy chose to break up the only happy couple in the villa.

Especially, given that the couple had just moments before shared a passionate kiss by the fire pit.

Joe could be seen with his head in his hands after Tommy whisked Lucie away on a date.

He appeared to enduring emotional turmoil after losing the girl he felt a strong connection with after just 24 hours in the villa. 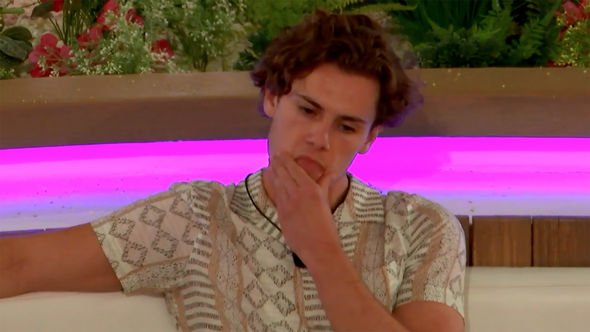 But while it looks as though Lucie’s disappointment might be short-lived – Joe appears to be all-consumed by the anguish of losing Lucie.

The public concern comes after ITV2 dating show host Caroline Flack said she was “really, really angry” that Love Island was blamed for the death of Mike Thaslassitis, 26.

He was found dead in a park after a secret battle with depression.

After a public outcry, Love Island bosses are said to have improved their aftercare plans offering duty of care before, during and after the show to prevent such incidents from occurring. 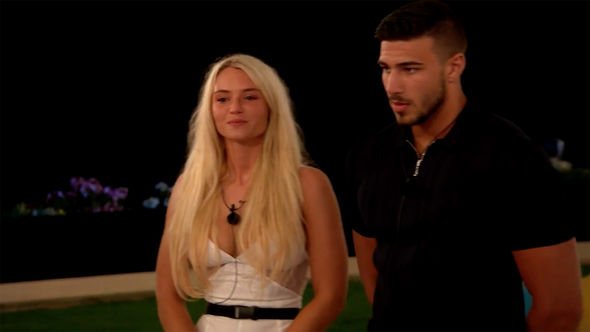 In yesterday’s episode, adorable couple Lucie and Joe, who have won the hearts of the nations, became the first couple to snog.

The couple were the early front runners in the show.

Lucie herself admitted Joe was the one for her, as she told Tommy: “Out of everybody we’re the couple that are getting on the most.”

But despite this and the obvious public displays of affection between Lucie and Joe, Tommy pursued the Cornish surfer relentlessly and sweet-talked her with his love of Disney films. 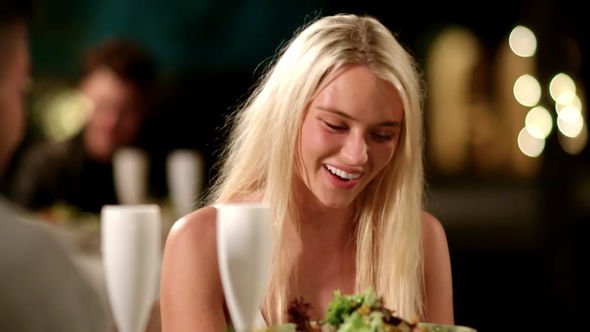 Just before the recoupling, Joe made an emotional confession before they shared a passionate kiss at the fire pit.

He told Lucie that he was concerned that Tommy would take her from him and said: “I would want to be with you throughout the whole process.”

But Joe’s dreams were soon left in tatters as bombshell Tommy swooped in to recouple with his girl. 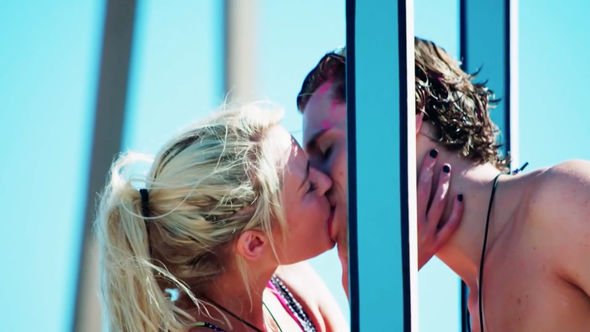 Tommy justified his decision by saying that he was trying to be polite about it but had to follow his heart.

He said: “This decision is far harder than I thought it ever could be.”

When he chose Lucie she looked like she was close to tears and refused to hug or kiss him, as Amy had done when Curtis picked her moments before.