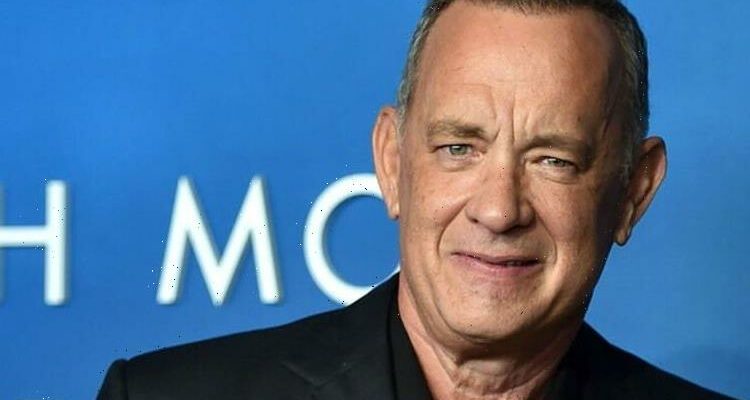 News of the World: Tom Hanks stars in trailer

The legendary American actor, 65, stars in classic comedy ‘Big’ this afternoon on Channel 5. The Hollywood star plays a 12-year-old boy, who is transplanted into a man’s body at a carnival. His Oscar-nominated performance as youngster Josh Baskin explores how the adult world is not as good as it may first seem through the eyes of a child. ‘Big’ was released in 1988, six years before Tom appeared in ‘Forrest Gump’, which bagged him his second ‘Academy Award’.

As well as his on-screen work, Tom has also developed his career by going behind the camera.

Carving out a career as a filmmaker as well as an actor, he has created historical works and documentaries.

He has also written about history, including in an essay on how black history is taught in schools for the New York Times in June last year.

The actor penned a heartfelt account of his own schooldays and how he did not learn about tragic historical events such as the 1921 Tulsa race massacre, in which a mob of white people burned down an area of the city known as ‘Black Wall Street’ and killed up to 300 of its black residents.

However, in an op-ed that responded to Tom’s essay later that month, he was accused of having “built a career playing righteous white men”.

NPR columnist Eric Deggans acknowledged the good deeds Tom has done, including being an “advocate for gay rights and environmentalism” and a figure of hope in the pandemic after he was one of the first celebrities to catch COVID-19.

However, despite Tom speaking out against efforts to “whitewash curriculums” in the US, which Mr Deggans acknowledged, the writer picked on his various portrayals of white heroes.

He wrote that for Americans, including those who consider themselves “anti-racists”, it can be hard for them to admit they were “personally and specifically connected to the elevation of white culture over other cultures”.

He added: “But in Hanks’ case, he is no average American. Or average Hollywood star, for that matter.”

The writer pointed to several of Hanks’ historical projects over the years, from feature films ‘Saving Private Ryan’ and ‘Apollo 13’ to his CNN docuseries ‘The Sixties’.

Mr Deggans said: “In other words, he is a baby boomer star who has built a sizable part of his career on stories about American white men ‘doing the right thing’.

“He even played a former Confederate soldier in one of his latest films, ‘News of the World’, standing up for a blonde, white girl who had been kidnapped and raised by a Native American tribe.”

The writer said that Tom, as well as directors like Steven Spielberg, sometimes “leave out the black contribution” to historical events.

He continued: “These stories of white Americans smashing the Nazi war machine or riding rockets into space are important.

“But they often leave out how black soldiers returned home from fighting in World War 2 to find they weren’t allowed to use the GI Bill to secure home loans in certain neighbourhoods or were cheated out of claiming benefits at all.

“They don’t describe how black people were excluded from participating in space missions as astronauts early in America’s space programme.”

In his own essay, Tom called for art to portray the struggles ethnic minorities have faced in society throughout history, which continue to be felt in the present day.

He wrote: “Today, I think historically based fiction entertainment must portray the burden of racism in our nation for the sake of the art form’s claims to verisimilitude and authenticity.

“Until recently, the Tulsa race massacre was not seen in movies and TV shows.”

Acknowledging the Hollywood star was a “non-racist”, Mr Deggans called for him to become an “anti-racist” by transforming his words into concrete action.

In his conclusion, he asked the question: “As a star who can get a movie made just by agreeing to appear in it, what will Tom Hanks, movie star, actually do?”