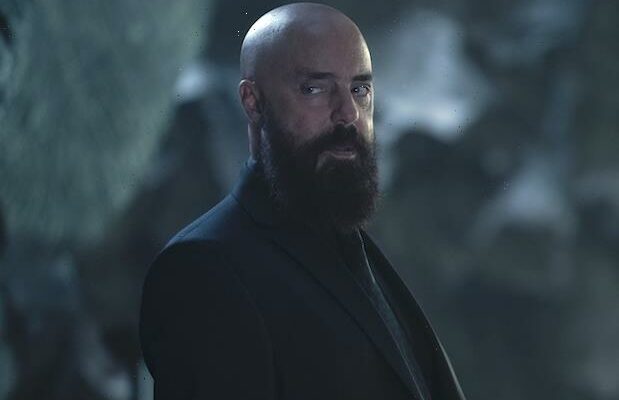 The following contains spoilers from the Season 4 premiere of Titans, which was released Nov. 3 on HBO Max.

In a twist that had to catch you off guard — if only because of Titans‘ top-shelf casting of Titus Welliver as the criminal mastermind — Lex keeled over, d-e-a-d, as the Season 4 premiere drew to a harrowing close.

The cause of death? Supernatural shenanigans that led Luthor, in the midst of meeting son Connor Kent, to suddenly begin spitting up alllllll of the blood, followed by — for good measure — a big-ass serpent, which Connor promptly grasped and incinerated with his heat vision. (Concurrent with Lex’s violent, fatal retching, Rachel inside the Titans’ RV was walloped by a similar bout of frightening choking.)

As a thank-you for his troubles, Connor was quickly surrounded by his DNA-donating father’s security team, who clearly suspect that Superboy murdered his other dad’s arch nemesis.

How disappointed should Titans fans be by Lex Luthor’s gruesome demise coming so soon after his debut on the DC comics series?

“If you wanted more Titus, you should be really disappointed. I’m disappointed,” showrunner Greg Walker shared with TVLine. “But we knew we had those constraints, and we worked with them.”

By “constraints,” Walker indicated that DC would only lend out the character on a very limited basis — which the EP said is for the best, seeing as weaving in heavy hitters a la Bruce Wayne “tends to gobble up a lot of Titans stories.

“Not they would have given us more than one episode [of Lex], but we also wanted to focus on the Titans,” Walker explained. “And as you will see, this season really focuses on the Titans and their relationships with each other.” 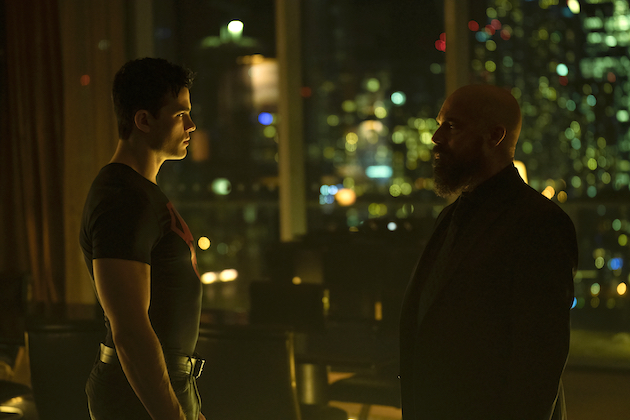 Titus Welliver in turn affirmed to TVLine that while playing Luthor for just the one episode was “bittersweet,” his snippet of story with Connor “was so well realized that it wasn’t one of those things where I stepped away from it and went, ‘Man, there was so much that I could do, that we could do.’”

Besides, the comic books superfan noted, “Anybody who knows that world, and knows Lex Luthor, knows that the guy’s got probably clones stashed in his basement! We know that from reading the comics. We’ve thought that Lex Luthor has been killed and, ‘Oh, no — that was a clone.’”

But short of any such twist, Welliver said that the point of his one-episode arc “was to really propel Connor/Superboy’s story into the forefront of things, and give the fans of the show something to really bite into, to have a sense of where that character is going.

“I thought it was a really interesting springboard,” Welliver added, “because there’s that moment of slight connection” between son and (one) father, “and then it’s completely taken away.” 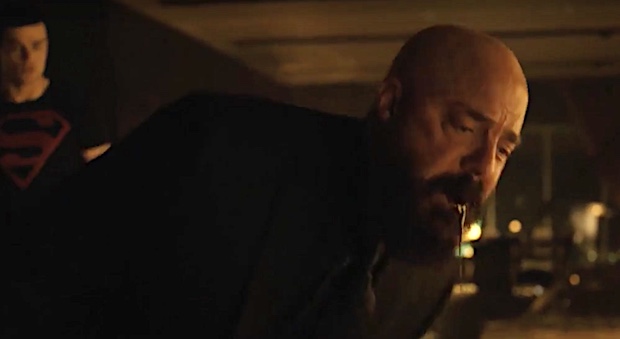 And because we had to ask…. Yes, Welliver did partake in some actual projectile vomiting there on set, as Lex was infested by a supernatural something.

“I had a mouthful of the fake blood, and then there was a prosthetic tube that came up under my collar” and gushed goo, Monty Python-style, he told us.

Welliver said he ultimately wound up splayed “in a massive pool of stage blood,” but “fortunately on the location where we shot they had a shower, and I got in there — shaving cream is really the thing that you have to use to take the stain of fake blood off — I was in there for a good 25, 30 minutes! And after a long day of work, that was probably one of the best showers I’ve had in my life.”

Want scoop on Titans, or for any other show? Email [email protected] and your question may be answered via Matt’s Inside Line.