Tipping Point has made some stark changes to the studio as coronavirus continues to disrupt normality across the nation. The ITV game show has undergone a totally new look to comply with strict government advice on social distancing and host Ben Shephard revealed the new format for the first time.

It seems to be working quite nicely

Speaking to Andi Peters on Friday who was filing in for Lorraine, Ben, who has hosted the show since its debt in 2012, was excited to get season 11 underway after filming was cancelled in March when the UK was locked down.

During the height of the public health crisis, many productions were forced to cease or cancel filming altogether.

“As you all know, we have to make some big changes,” Ben began as he walked around the revamped studio.

“Usually all the contestants are in rows along the front row here, but that’s had to change because we’ve had to social distance, so now we’ve invented these two new positions,” he said, as the camera panned to two staggered panels. 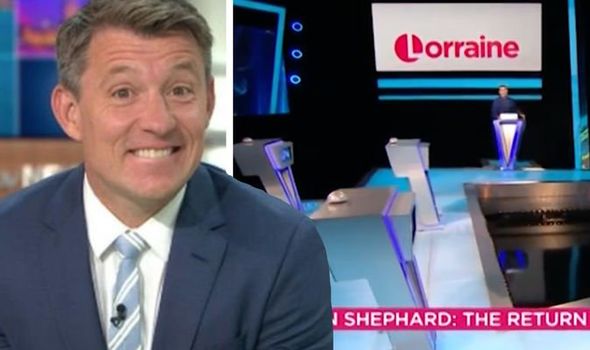 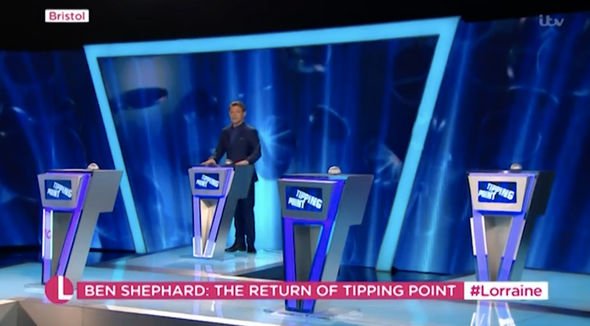 Ben noticed the contestants positioned behind the first row might be quite far back but there was “plenty of room” between them and the contestant in front.

He added that the view from the machine is “compromised” by the staggered effect, so producers are adding another screen that will show the counter zone.

“It seems to be working quite nicely,” he boasted, grinning.

Ben is also set further away from the participants in, as he calls, his “position of power”. 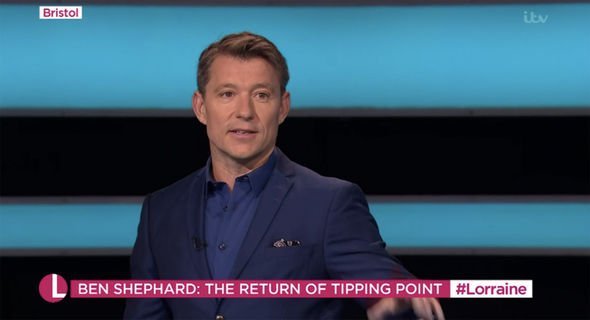 With so much going on, the host reassured the changes might look major but will only have a minor effect on the show itself.

“It’s only round one specifically that’s changed dramatically,” he said.

“The team have done an incredible job to get it all set up but we had to make these changes because as we all know it’s a time where we have to all cope with the difficulties that covid has brought.

“But we’re just thrilled to be back in the studio and get started on series 11, which was suspended before we went into lockdown.”

Ahead of the new series, Ben announced he would be taking a break from his post on Good Morning Britain.

He has been a regular host on the flagship ITV news show since 2014, alongside pal Kate Garraway, who recently retuned to the panel after a three month hiatus following her husband Derek’s health conditions.

While speaking to Andi about the new changes to his show, the entertainment reporter had a go at taking on the giant slot machine.

And Ben was absolutely shocked by his poor performance.

“Andi Peters you are absolutely hopeless!” Ben exclaimed, as Andi burst out laughing.

“Look at the double and the jackpot, they’re so close, how have you not got that over?!”

Ben was “appalled” at his timing for releasing the counter, so Andi might not be up for taking on a celebrity version any time soon!