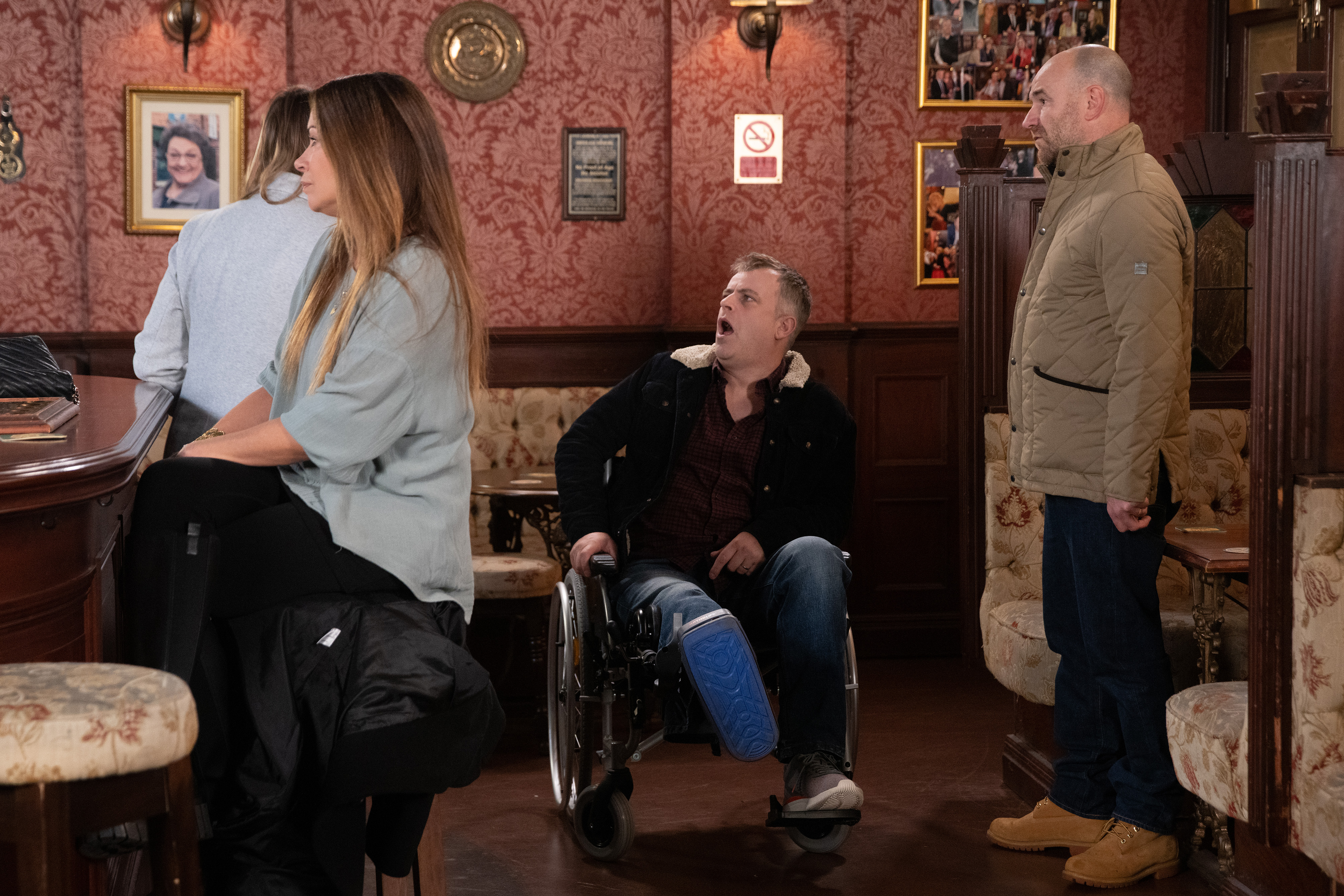 Back home after his holiday in Spain and recovering after breaking his foot, Steve McDonald (Simon Gregson) needs to occupy himself in Coronation Street.

The injury happened when Steve was at a foam party surrounded by women but in the real world, the bandaged up foot is to actually coincide with Simon’s broken leg.

As Steve returns home, Tim (Joe Duttine) spots him wearing his favourite jacket – the same one Sally (Sally Dynevor) gave away to the clothes swap stall.

Tim’s fury increases further as Steve finds a scratch card in the jacket and discovers he’s only gone and won £250!

With Tim pointing out that both the scratch card and jacket are his, the debate with his mate carries over into next week as they continue to bicker while at work, which annoys Eileen (Sue Cleaver) hugely.

Steering Tim and Steve into the solicitors’ office, Eileen instructs Adam (Sam Robertson) to mediate and sort this out once and for all.

But who will win?

Will Tim get the £250 and get his jacket back, or will Steve remain smug and keep them both?