When Chinonye Chukwu was approached to direct Till, she saw it as an opportunity to approach shift the narrative, and give viewers a varied point of view. One that centered the characters, and the aftermath. “I saw an opportunity to subvert expectations and approach the narrative through another lens – from the maternal point of view of Mamie Till-Mobley,” said Chukwu.

Directed by Chukwu with a screenplay by Michael Reilly, Keith Beauchamp and Chukwu, Till tells the true story of the murder of 14-year-old Emmett Till — for whistling at a white woman in Money, Mississippi in 1955 — through the eyes of his mother Mamie Till-Mobley. The director adds, “Had it not been for Mamie, her son’s memory would have evaporated into thin air. She was the catalyst for a modern day civil rights movement that has laid a formidable framework for future activists and Freedom Fighters.”

Jet Magazine was given exclusive permission to publish photos of her son’s brutalized body which brought worldwide attention to the heinous crimes Black people experienced in the United States. This was a watershed moment her actions gave credence to the civil rights movement and a platform to advocate for social justice and education.

For Alana Mayo, head of MGM’s Orion Pictures, Chukwu’s vision for the telling of this story was key. “Chinonye’s singular, cinematic telling of Mamie Till- Mobley’s remarkable story centered the beautiful humanity of Black joy and tragedy; in this film, we see the power of this mother who fought heroically and tirelessly for justice for her son.” said Mayo. MGM has seen a rebrand as of late, dubbing itself as a studio that produces content centering on and by underrepresented voices.

Read the script below. 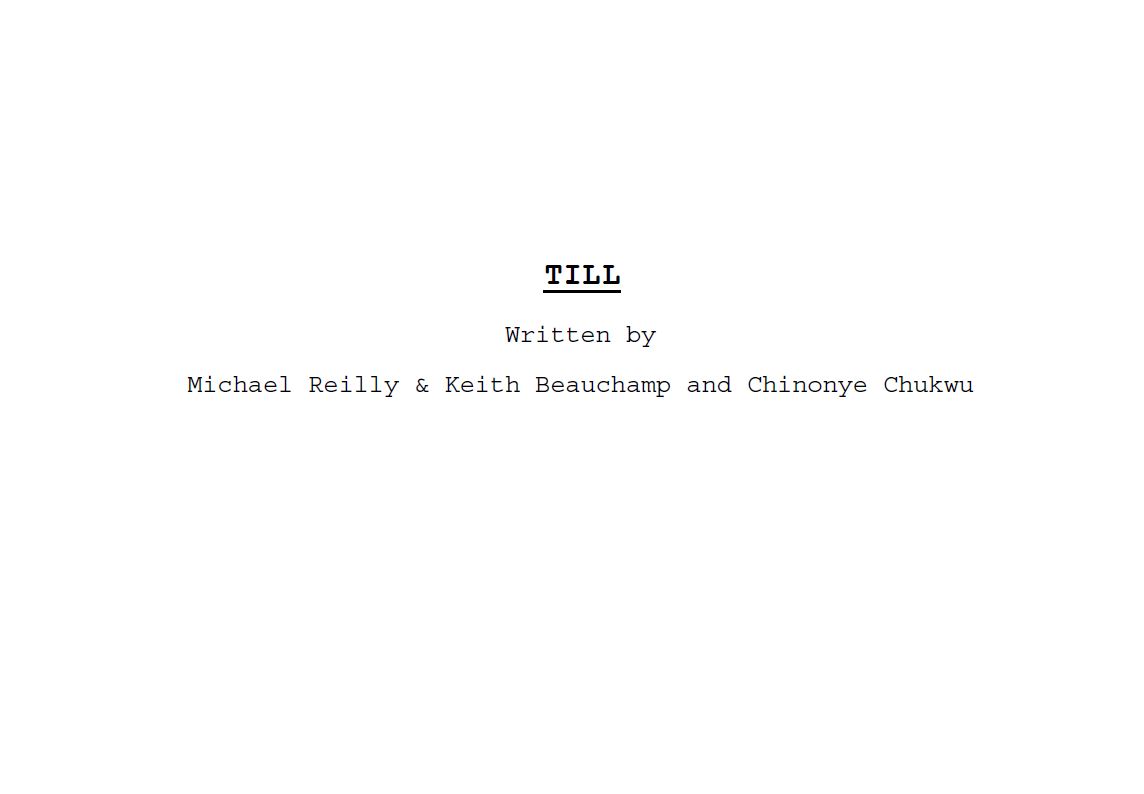