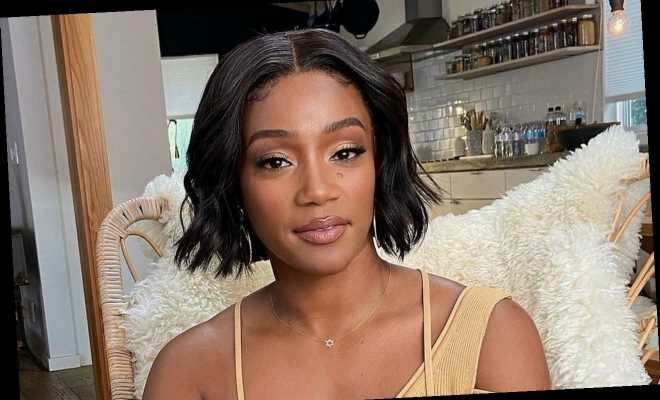 The ‘Kids Say the Darndest Things’ host has been officially tapped to portray the main character in the McG-directed big-screen adaptation of Dark Horse graphic novel.

AceShowbiz -Actress Tiffany Haddish has signed on to find out the identity of “Mystery Girl” in an upcoming film adaptation of the comic book.

The “Girls Trip” star will take on the lead role as Trine, a Los Angeles street psychic who has no memory of her own identity or background, but somehow knows all the secrets of everyone else.

She is recruited by a desperate police officer to help solve a case, only for the pair to be framed for murder themselves.

The Netflix project, based on the Dark Horse comic of the same name, will be directed by “Charlie’s Angels: Full Throttle” filmmaker McG while Haddish will also serve as a co-producer, reports Deadline.com.

Tiffany Haddish was last seen on the big screen in 2020’s comedy “Like a Boss” which was released in January before the Covid-19 lockdown. She also lent her voice to animated movies “Phineas and Ferb the Movie: Candace Against the Universe” and “The SpongeBob Movie: Sponge on the Run” last year.

Her new movie, comedy triller “On the Count of Three“, premiered at Sundance Film Festival early this year. She will next be seen in “Bad Trip“, “The Unbearable Weight of Massive Talent“, “Here Today“, and “The Card Counter“.

On TV, the funny woman is returning as a host of “Kids Say the Darndest Things” for CBS. She is additionally cast for Apple TV’s new series “The Afterparty” by Chris Miller.