The Thor film franchise had a somewhat rocky start compared to its Marvel contemporaries. While neither the original film nor its sequel were poorly received, you’d be hard pressed to find someone who would say they or Thor himself were their favorite parts of the MCU. All of this changed with the release of Thor: Ragnarok, the psychedelic action-comedy revitalizing the franchise and giving the character a new lease on life. For as much of this credit you can attribute to the script by Eric Pearson, Craig Kyle, and Christopher Yost and director Taika Waititi, one particularly funny moment came about because of a fan’s suggestion.

1 of Thor’s lines was written by a fan

There are almost too many great lines to pick from in Thor: Ragnarok. If you were forced to narrow it down, though, many would highlight the scene where Thor is sent to fight in gladiatorial combat as a highlight.

Thinking he’d be forced to fight some horrific alien abomination, Thor readies for battle while trapped in a gladiatorial pit. However, it’s none other than the Hulk who walks out to face him. With his captors confused by how happy he looks at this prospect, he turns back to explain that, “He’s a friend from work!” referencing how the two have fought together as part of the Avengers.

While this seems like the kind of expectation subversion to come from the mind of a veteran comedy writer, this whole interaction was thought up by a fan. Inverse reveals how this line came to be, recapping how Thor’s actor, Chris Hemsworth, got the idea from a Make-A-Wish child who was visiting the set that day. In between takes, the actor was talking with the kid, who suggested that Thor could say that when he first sees the Hulk again.

Large portions of ‘Ragnarok’ were improvised

This wasn’t the only time the actors went off script while making the third Thor movie. Director Waititi gave the cast a ton of freedom in what they wanted to do with their characters, this being a big part of why Thor himself got to cut loose a lot more than in previous films. CinemaBlend quotes the director’s claim that about 80% of the dialogue in the film was improvised, making it much more in line with a modern comedy film compared to a superhero flick.

A ton of the best moments from Ragnarok were thought up by the actors. One example is the “get help!” scene where Thor carries Loki in his arms while pretending his brother’s been injured, only to throw him at some guards coming to see what’s happening. This was thought up by Hemsworth, who managed to get Loki’s actor, Tom Hiddleston, on board with it.

Still, Hemsworth doesn’t hold a candle to Jeff Goldblum as The Grandmaster. Reportedly, Waititi sat down with the actor once filming began, telling him to not bother trying to match any kind of preconceived ideas about the character from the comics and to make the role his own, as well as improvise. That’s exactly what he did, Goldblum being his Goldblum self in every scene and adding little bits of dialogue at every turn.

Many other iconic MCU moments were improv 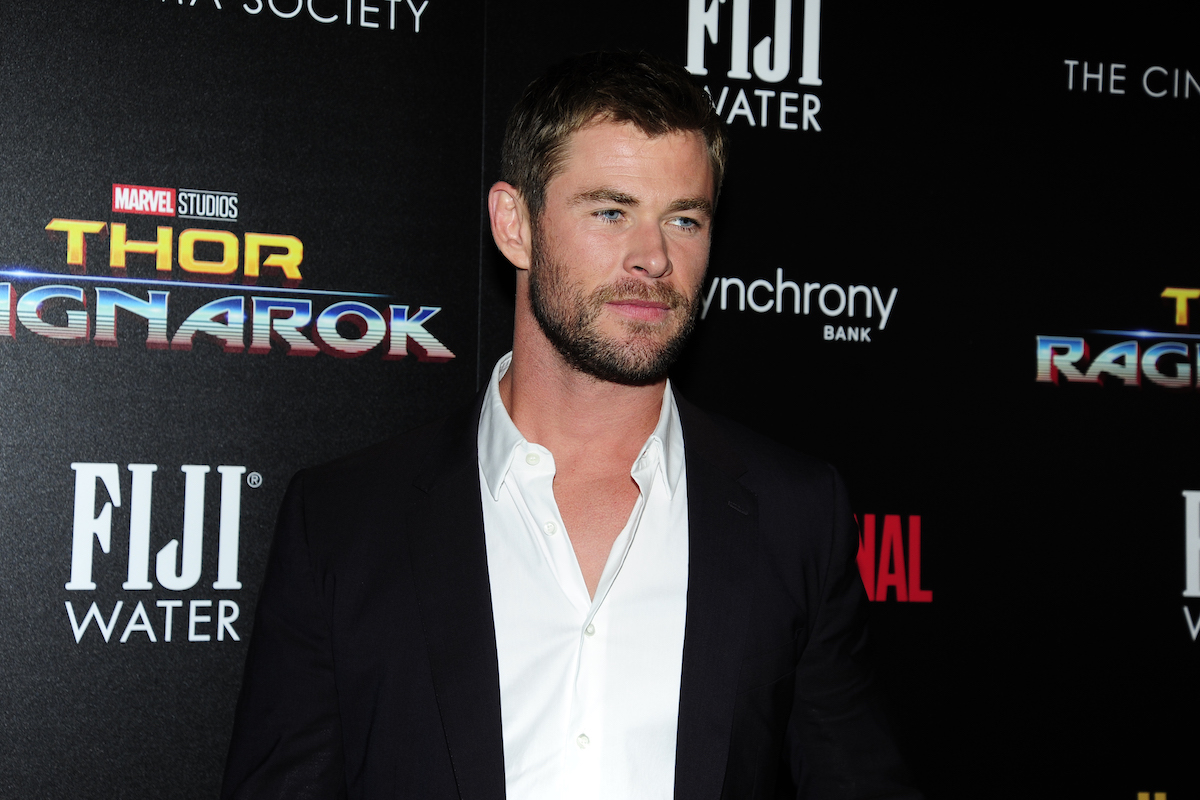 It isn’t just Ragnarok that was full of improvised moments, though. In fact, a ton of the MCU is built off letting the actors do what they feel is right for their characters. Insider breaks down some of the more notable examples.

One example comes when everyone’s favorite wall crawler meets Iron Man for the first time in Captain America: Civil War. As Tony Stark comes to visit Peter Parker at his home and recruit him to fight Captain America, he directs Peter to move over to give him a place to sit. Apparently, this wasn’t just the characters talking, but Robert Downey, Jr. instructing Tom Holland on where to sit, as the young actor was too star struck upon seeing Downey and forgot his blocking for the scene.

Another memorable moment happened in Captain America: The First Avenger. As Steve Rogers emerges from the experiment that gave him his super physique, Peggy Carter is there to help him out of the machine. As she does, she places a hand on his chest, which was apparently not in the script. According to Hayley Atwell, this was something she did on instinct upon seeing Chris Evans looking all Chris Evans-y without his shirt.

The best of all comes at the end of the original Iron Man. As Tony is being grilled at a press conference the morning after the final battle, he struggles to find a believable way to disconnect himself from his alter ego. Eventually, he gets fed up, ending the movie with the legendary line, “I am Iron Man.”