JAMES Martin has quit social media after being bombarded with abuse for a live cookalong that went wrong.

The 48-year-old This Morning chef said he was off because of a "large amount of vile comments posted directly towards me". 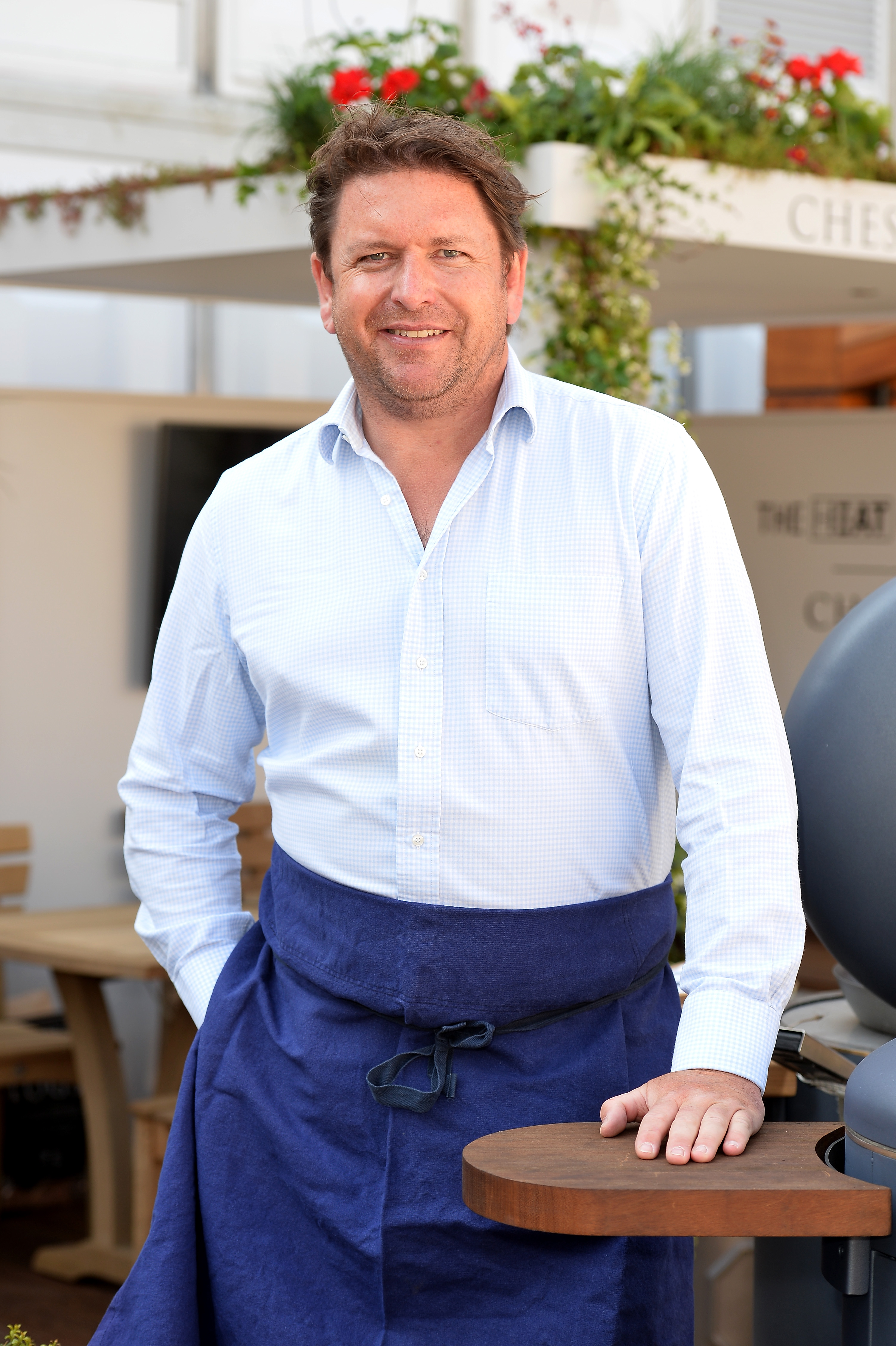 They came after technical difficulties disrupted his sold-out online show, which was supposed to allow fans to cook three courses with him at home.

However, customers who paid £35 a ticket complained about the feed freezing and their computer connections being interrupted.

James apologised for the technical problems after the show, telling fans he had seen their comments and "the anger towards me" but insisted he wasn't personally responsible for computer issues.

The star tweeted: "I would like to apologise again for this and I will be chasing up with Live Nation, the production company, IT team and all the people they hired, to find out the problem. 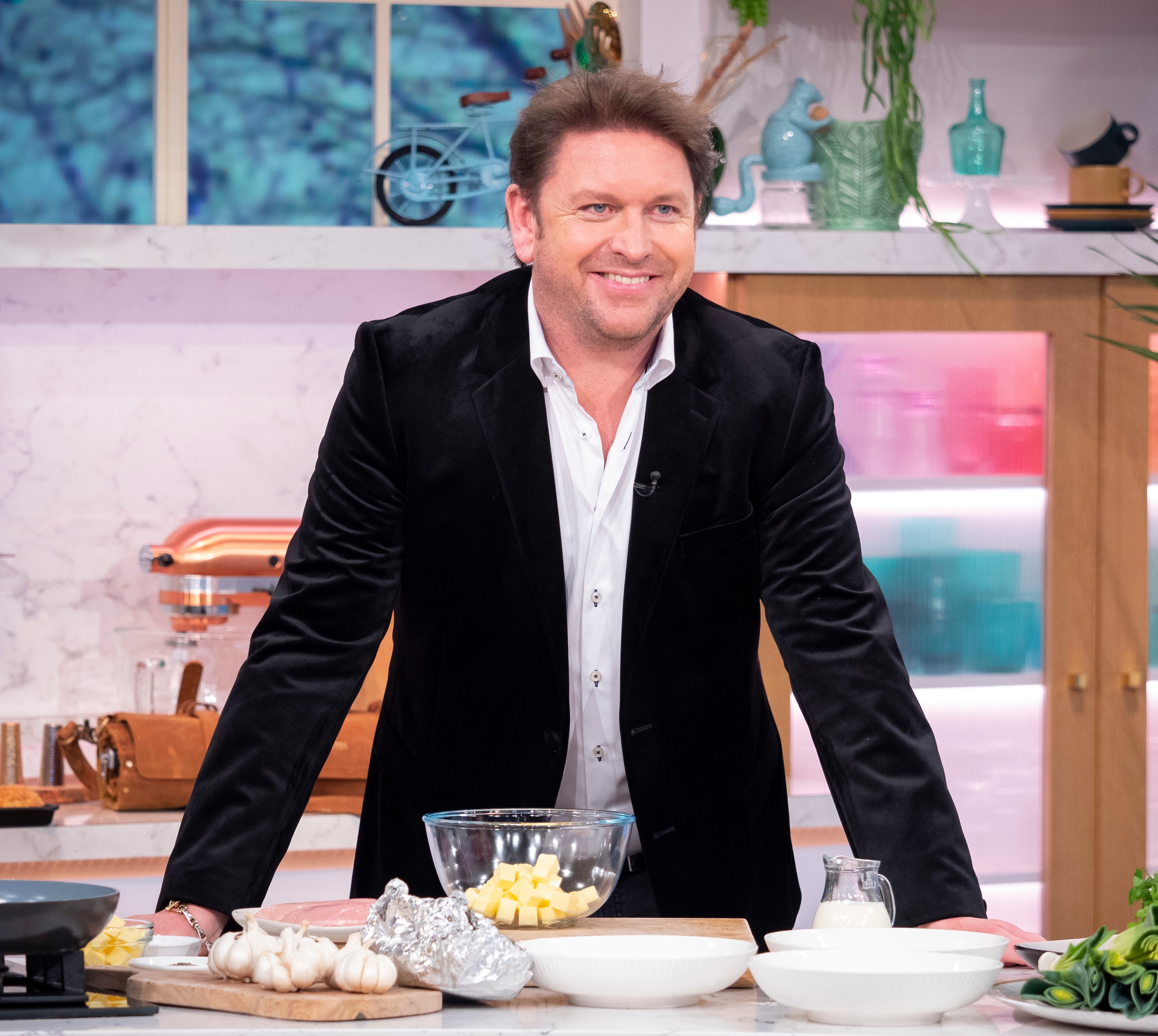 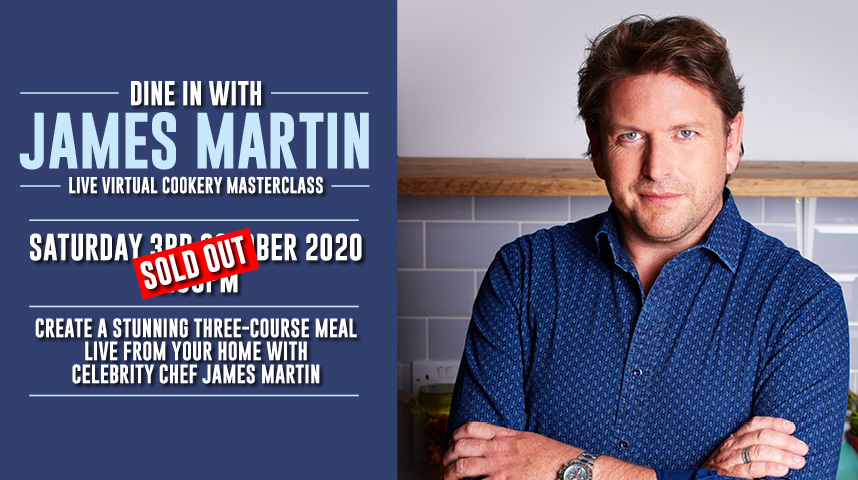 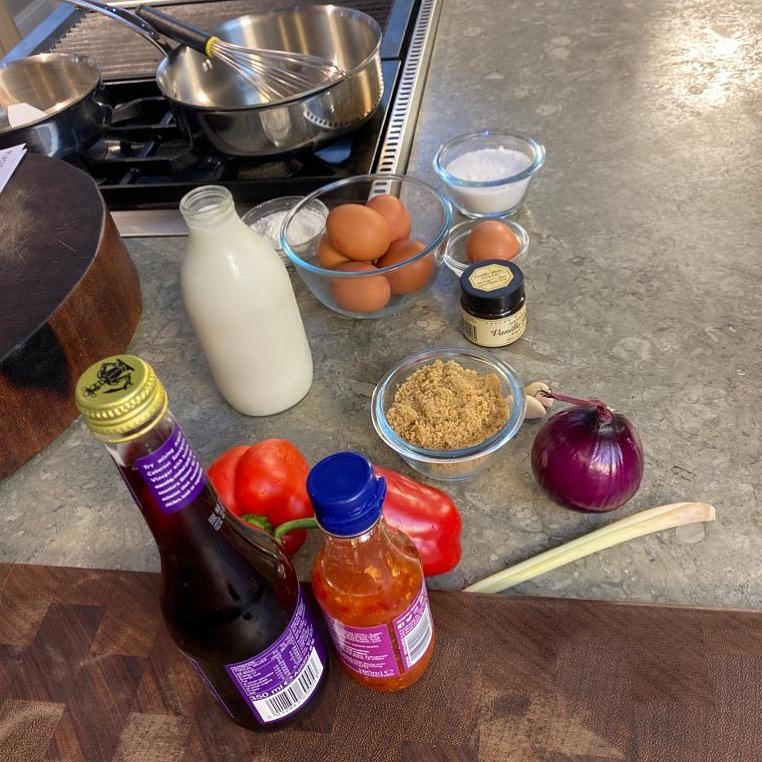 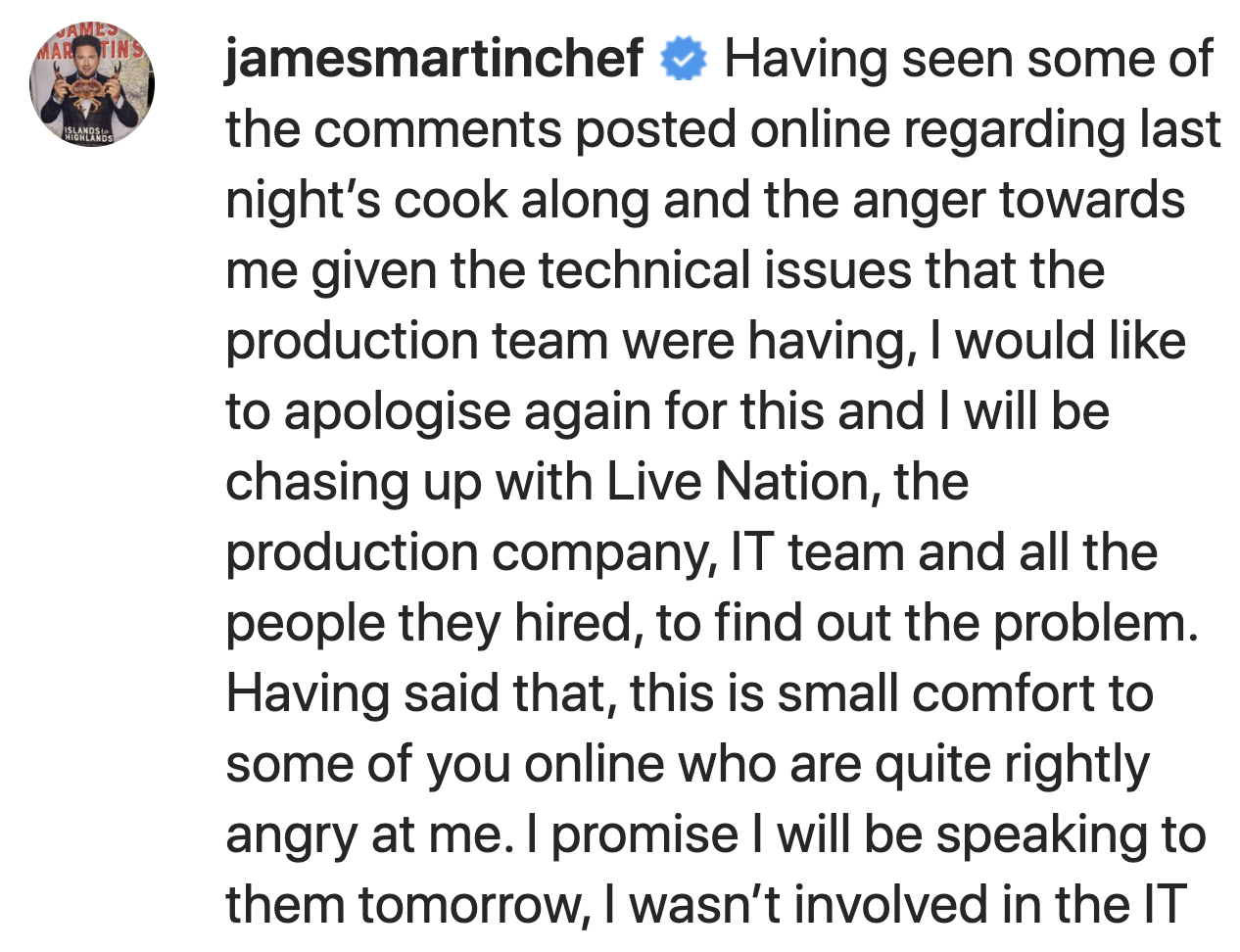 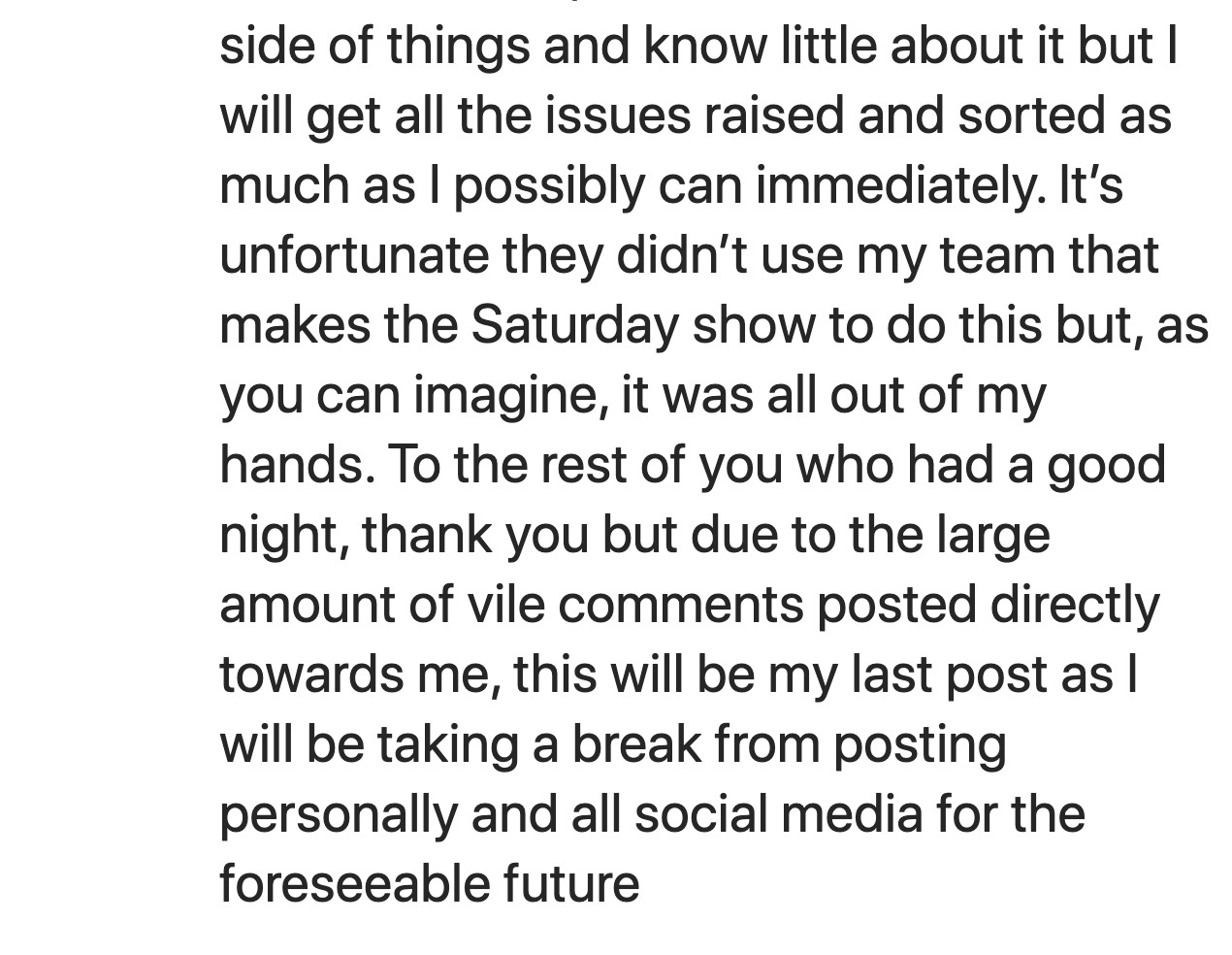 "Having said that, this is small comfort to some of you online who are quite rightly angry at me.

"I promise I will be speaking to them tomorrow, I wasn’t involved in the IT side of things and know little about it but I will get all the issues raised and sorted as much as I possibly can immediately.

"It’s unfortunate they didn’t use my team that makes the Saturday show to do this but, as you can imagine, it was all out of my hands.

"To the rest of you who had a good night, thank you but due to the large amount of vile comments posted directly towards me, this will be my last post as I will be taking a break from posting personally and all social media for the foreseeable future."

Some fans then rounded on people who had been unpleasant to James with one telling him: "You are my fav chef on TV. I will so miss your posts, they cheer me up with your positivity in these dark times.

"Remember.. when it’s raining look for rainbows, when it’s dark look for stars! To all those trolls.. if you can’t say something nice don’t say nothing at all! Xx."

Another said: "To the people who were vile to James, this is another person who is lovely and heartfelt with everything he does and again its you lot who are hurting others because you feel superior on your phone or keyboard. PLEASE STOP, honestly!"