This Morning’s John Barrowman and Rochelle Humes spoke to a guest who was seeking surgery for her huge breasts.

The presenters spoke to Fiona Hornby about her plans to have her chest reduced as she said she had such bad back ache, she couldn’t leave her home.

Fiona even revealed her big boobs left her terrified to breastfeed her newborn baby, making her desperate to get them reduced so she could get her live back to normal.

Speaking to John and Rochelle, the blonde bombshell revealed she “woke up one day and had a C cup” when she was ten years old.

Fiona added that despite the pain her boobs gave her, it seemed unlikely she would be able to get a reduction the NHS.

She said: “They’re in the way and they cause me so much pain. But there’s no chance I’ll ever get a reduction.

“They said it was because of Brexit. The way Britain is now and the economy there’s no way you’ll get it funded.” 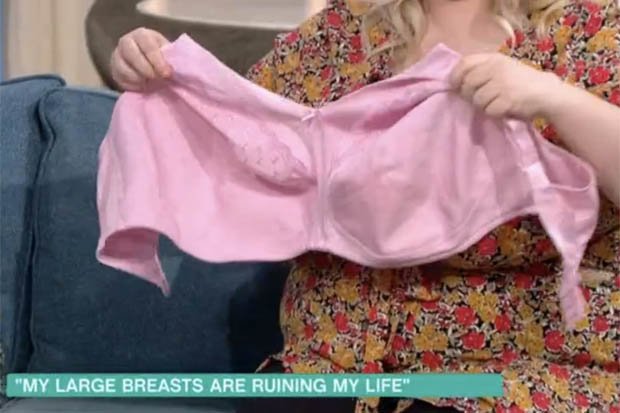 The blonde bombshell then showed off her 48J sized bra live on air, leading fans to rush to social media to share their shock at the material.

One posted: “That bra is madness.”

Another added: “That’s not a bra, it’s a hammock.” 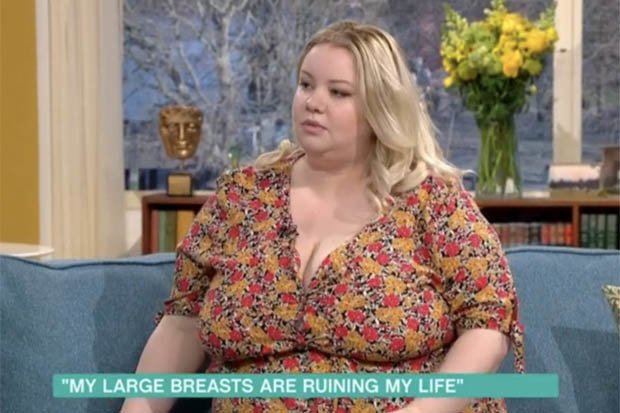 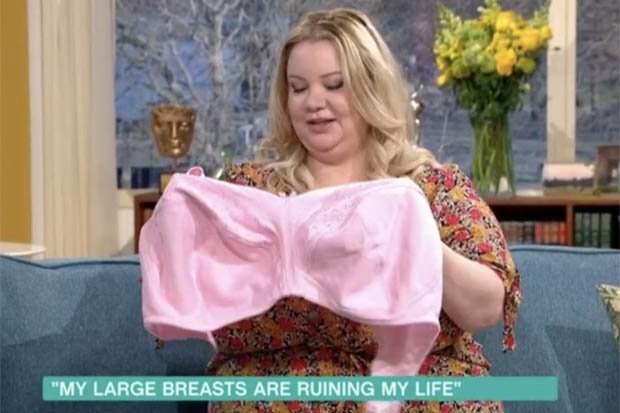 A third chipped in: “Her boobs are the bane of her life and are supposedly depressing her, so she wears a top that exposes her cleavage and draws attention to them!”

This Morning continues tomorrow at 10.30am on ITV.