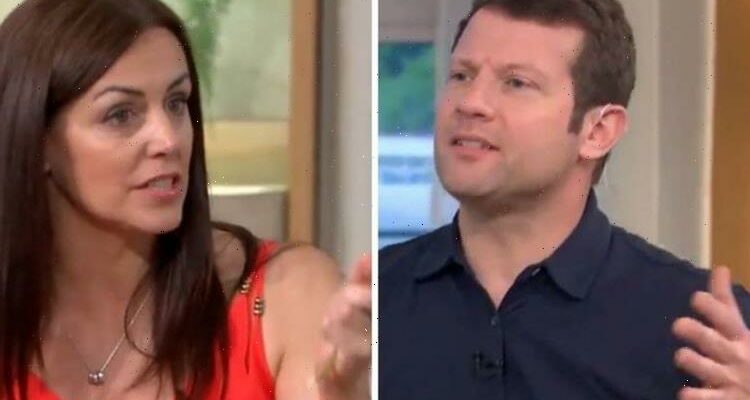 This Morning: Dermot O'Leary clashes with guest on vaccines

During Monday’s This Morning, ITV hosts Dermot O’Leary and Alison Hammond invited Matthew Wright and Beverley Turner on to the programme to discuss the latest news headlines. One of the main topics of conversation was about the coronavirus vaccine and whether NHS staff should be forced into having one. The debate soon took a turn when Beverley aired her views about the jab as she argued it is not effective. This led Dermot to step in to defend the vaccine as he pointed out that thousands of people have died as a result of the virus. According to Metro, television watchdog Ofcom has since revealed that 122 complaints were lodged against This Morning’s Monday episode. 53 of those complaints were made against Beverley while an additional 27 were made in response to Dermot and Matthew Wright’s remarks during the debate. Another 13 complaints were made about Alison’s comments regarding death.

The Covid-19 vaccines approved for use in the UK have to meet certain standards of safety.

The vaccines, which are then approved by the Medicines and Healthcare products Regulatory Agency (MHRA), also have to go through clinical trials to ensure they are safe to administer.

Speaking about her views of the vaccine, Beverley raged: “This jab is not a vaccine by any traditional definition. 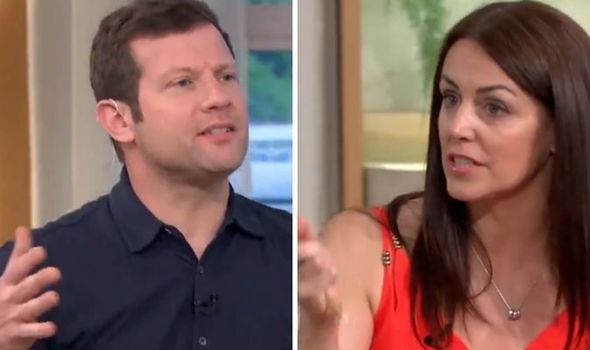 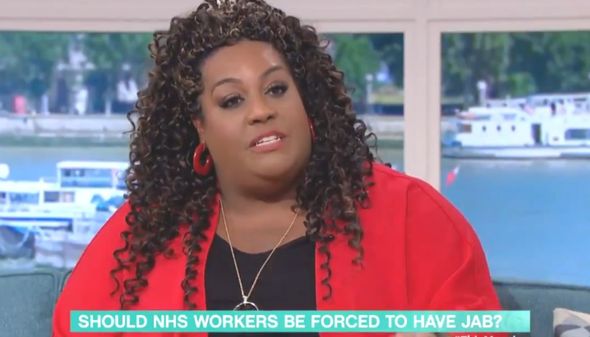 She continued: “There is a little bit of evidence to suggest that might minimise transmission but that’s because it ameliorates your symptoms.

“And if it ameliorates your symptoms then you are less likely to pass it on.”

Weighing into the discussion, Dermot hit back: “Could you argue that it’s no different to getting vaccinated against hepatitis for example.” 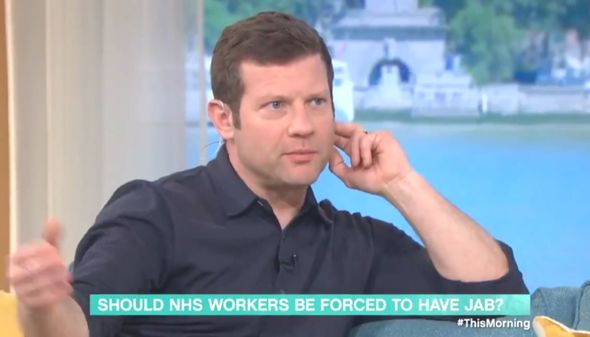 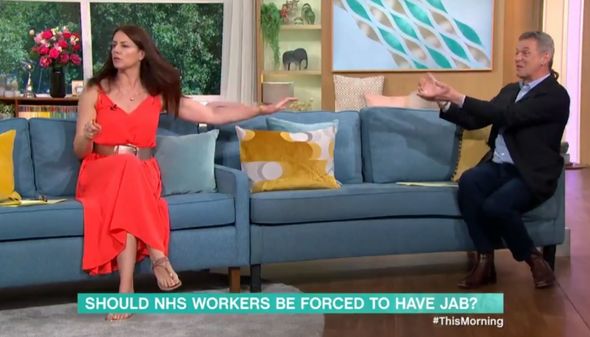 “Why are you being so difficult about this, Bev?” Dermot quizzed. “In the sense of the finest minds of science in an extraordinarily short amount of time have come up with this vaccine.

“It’s proven that it’s working statistically, why are you so cynical about it?”

Beverley went on to argue that there is “no long-term data” about the vaccine, to which Dermot said: “But, we’ve had no chance for long-term data because we have this virus killing people around the whole world.”

As Beverley tried to interrupt, Dermot added: “We don’t have that luxury, surely? Why are you so sceptical about the whole thing.”

“Because of the facts,” Beverley argued back. “99.8 percent survival rate from Covid-19, the average age of death is 82.”

“What are we supposed to do? Not care about those people?” Dermot interrupted.

“We should always have looked after those people,” Beverley explained as Dermot told her: “We’re not in that situation though.”

“Why would you want to put a 22-year-old who has her life ahead of her as part of a clinical trial when we don’t know the long-term implications,” Beverley questioned.

Alison stepped in to calm down the debate as she pointed out that everyone has the freedom of choice to do what they want.

The segment sparked a strong reaction from viewers with some branding the debate “ridiculous”.

One tweeted: “Well done @radioleary always the voice of reason! @beverleyturner
has NO CLUE!!!”

Another penned: “I’ve never had such nonsense and conspiracy in my life.”

A third wrote: “Dreadful ‘discussion’ this morning. Giving airtime to people spreading incorrect vaccine information is shocking. Shape up producers of this programme!”

“All day I have been thinking about complaining @itvthismornig I was totally appalled by Beverley Turner her comments were so damaging,” a fourth raged.