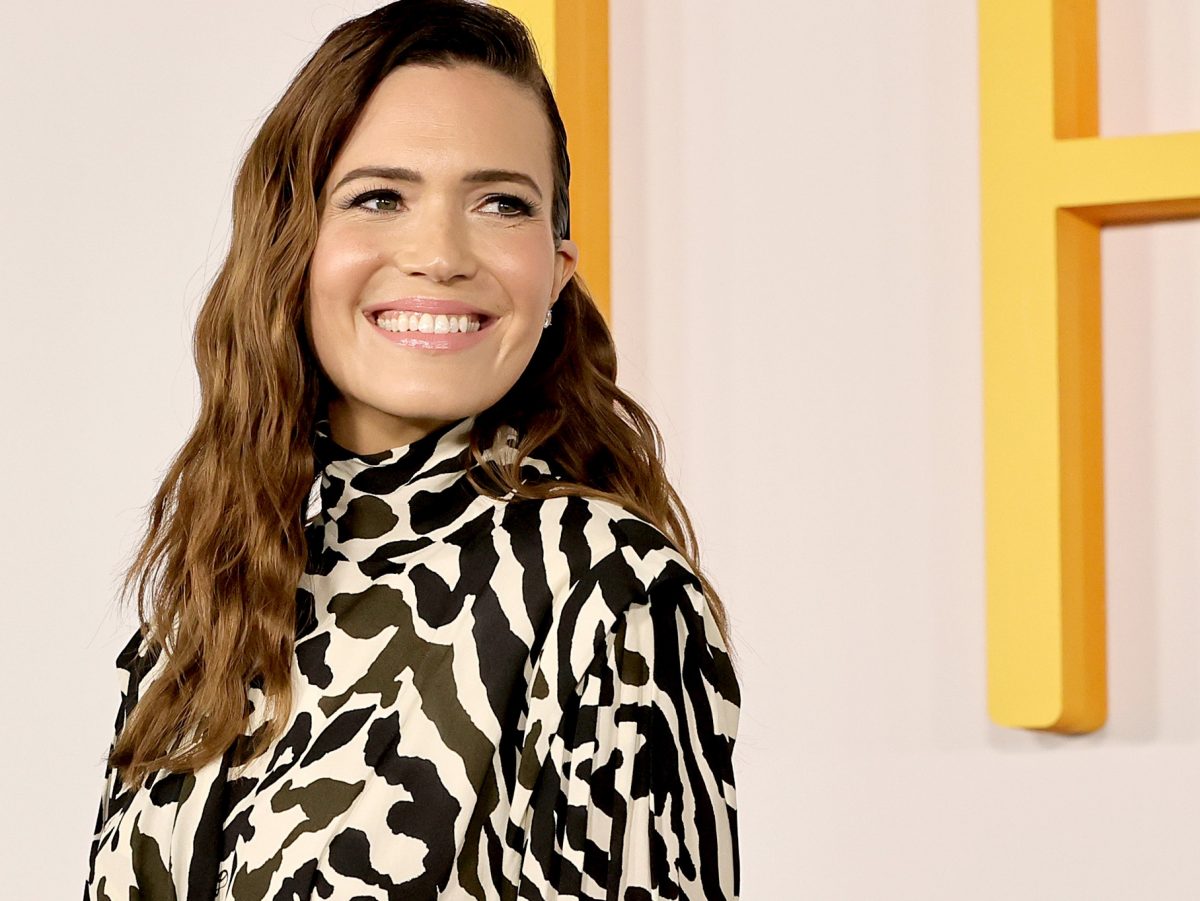 All the cast members of NBC’s This Is Us bid farewell to their characters in 2022, but Mandy Moore had a unique experience saying goodbye to Rebecca Pearson. With her character dying at the end of This Is Us Season 6, Moore got to attend Rebecca’s funeral. That’s certainly one way to close out such an iconic role — though the actor admits it happened mostly by chance.

The ‘This Is Us’ finale focuses on Rebecca Pearson’s funeral

The This Is Us series finale brings the Pearson family’s story full circle, with Rebecca moving on as her children attend her funeral. Rebecca’s story is at the core of the NBC show, which opens on her romance with Jack (Milo Ventimiglia) and closes by highlighting her experience with Alzheimer’s.

And after six seasons spent watching Rebecca raise her children, fans were sad to say goodbye to her. Naturally, so was the cast. And Mandy Moore got a unique opportunity while closing the door on her This Is Us role: she got to be on set while her costars filmed Rebecca Pearson’s funeral.

That’s right, Mandy Moore got the chance to attend Rebecca Pearson’s funeral while the cast was shooting the last episode of This Is Us.

During an appearance on On Air With Ryan Seacrest, Moore recalled winding up on set during the day of her character’s burial. According to the actor, it’s not something she did “on purpose.” However, it did turn out to be a pleasant experience:

“You know, the show was wrapping up, and I wanted to see some of my friends — some of my cast members — do their series finale, like their very last scene on the show. So, I was shooting later in the day. And I got to work early and got all ready and made up. And I kind of snuck over and got to see some people say some very kind words about my character — and then kind of pop in and say, ‘Guys I’m alive. It’s okay. Don’t worry.’”

She added that the whole thing was “pretty funny,” and it certainly sounds that way. Hopefully, it helped balance the emotional aspects of ending the show. After all, it sounds like there were plenty of mixed feelings during the final days on set.

Emotions were high as Mandy Moore left ‘This Is Us’ behind

Mandy Moore may have given Rebecca Pearson a proper sendoff, but her final days on This Is Us still proved emotional. In fact, the actor admitted that the penultimate episode of the NBC series evoked such a strong reaction from her that she threw up.

When Entertainment Weekly pointed out how heart-wrenching This Is Us Season 6 Episode 17 was, Moore responded:

“It’s why I threw up after reading it. I couldn’t breathe. I remember seeing Chrissy [Metz] the next day at work and she had not the same reaction — she didn’t get sick — but it was one of those experiences where you’re so overcome that your sinuses are completely blocked. You can’t catch your breath, really.”

Fortunately, it seems like the finale was a bit easier for Moore to swallow. That’s probably because she and Milo Ventimiglia filmed most of their scenes years earlier. She told Deadline as much, revealing that the final episode felt like an afterword to her.

“In my own selfish way — maybe because my character passed on in the last episode — I felt like last week was the finale, and this one feels more like an epilogue in a way,” Moore explained.

We’re glad the actor ended things on a high note, though her season 6 journey sounds like an emotional roller coaster. It’s one that fans are still reeling from.

All six seasons of This Is Us are currently streaming on Peacock and Hulu.