SPOILER ALERT: This story includes details about “Honestly”, Season 5, Episode 4 of NBC’s This Is Us.

Tuesday night’s episode “Honestly” may have been your last dose of This Is Us until the new year, but it certainly served up enough Pearson family revelations to keep us going during the break.

Amid the backdrop of a young Jack (Milo Ventimiglia) and Rebecca (Mandy Moore)’s clashing parenting styles (she: lead with love and understanding; he: win, never quit and don’t coddle), we learned more about the evolution of Kevin (Justin Hartley)’s issues, which loomed larger than ever in the present day as he battled criticism at work. Meanwhile, adult Randall (Sterling K. Brown) gave Deja (Lyric Ross)’s keen but exhausted boyfriend Malik (Asante Blackk) a shot at shadowing him at work for the day—what could possibly go wrong? And Kate (Chrissy Metz) unexpectedly revealed a long-buried secret. Top all of that off with a serendipitous twist that finally pulled the thread between Randall and his lost birth mom Laurel (Jennifer C. Holmes). In a call with Deadline, Ken Olin, EP, and director of this episode, laid out what all of this means for the rest of the season, and how long we’ll have to wait to see these storylines play out.

We saw how Kevin’s perfectionism and inability to stick with anything developed from his parents’ good intentions. As a young Jack explained to Rebecca, his competitive pushing of the teenage Kevin came from his own father putting him down. Jack wanted to be better than his dad was. “Our Kids—I want them to know their dad sees greatness in them,” he said. “I will kill myself to make them feel that way.”

In the present day, at an excruciating table read with his new director, adult Kevin was told his acting lacks depth, and then, to add insult to injury, the director said, “I didn’t realize you were the kind of guy who needs an ‘attaboy’.” 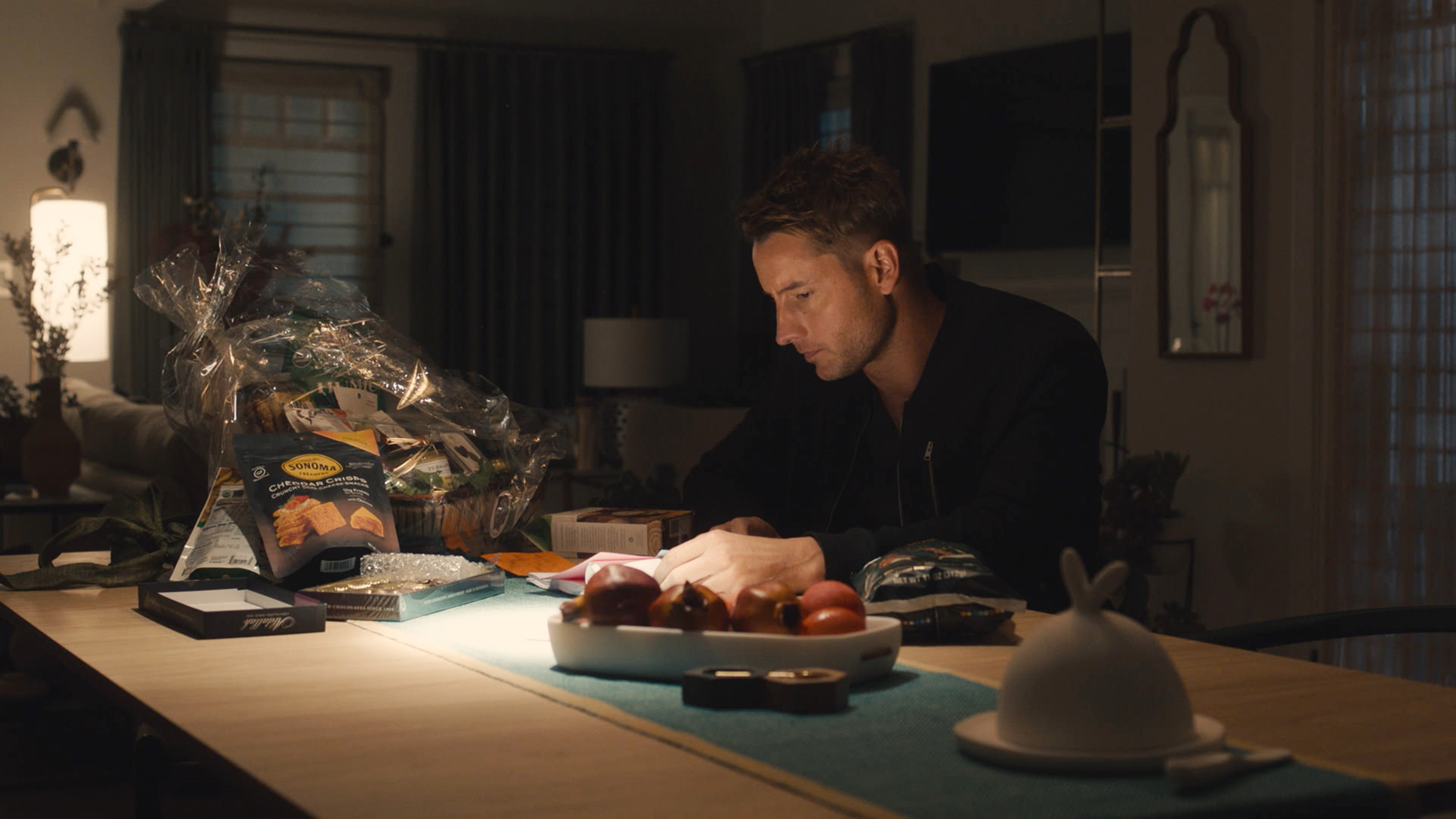 When later, Kate reminded Kevin that Randall had also said Kevin’s acting was “tired” during their big fight (in the Season 4 finale), he refused to see it as relevant. She then segued right into how none of them acknowledged Randall’s experience as the only Black person in their home growing up, and Kevin shut her down fast with, “Mom and dad did nothing wrong.” But there it was, the possible answer to Kevin’s acting rut: the emotional brick wall; the lack of empathy.

“In terms of acting, you need that empathy and you need to explore that,” Olin said. “You need to be willing to investigate that. And you’ll see, actually in the next episode that I’m going to direct (Episode 8), where we’re going is that eventually Kevin and Randall, there will be a meeting of their minds and where they are… This will come back, because of something Kate said in Episode 4 that does reverberate. It ripples in Kevin, and we’re able to then pick it up again in Episode 8 and you go, ‘Wow, that’s really interesting.’”

When Randall showed Malik the ropes of his life as a councilman, the latter showed up late, seemed checked out and even fell asleep on a couch during a meeting (because, as was later revealed, Malik was tending to his baby daughter at 4.30am). Randall wanted to see him raise his game though, so he gave Malik the opportunity to manage the live feed of Randall’s nightly local onscreen bulletin. But just as Randall was wrapping up his presentation, Malik was distracted by a call from his mom about his daughter, and as a result, things took a full-on wrong turn for Randall. After he ended his broadcast, Randall wrongly assumed the live feed had been cut by Malik and that he was unobserved. So, he stripped off his shirt and began dancing by himself as he got changed. Watching this in horror at home via the very-much-still-live feed, Randall’s wife Beth (Susan Kelechi Watson) told her kids, “There are some things you can’t unsee.”

Thus, Randall was accidentally launched to fame as the viral “buff councilman” of Twitter. But prior to the striptease part, he had told his constituents in all seriousness, “I’m doing this for William Hill because you all were his family.” And that’s the exact phrase we then saw someone else watching and rewinding, over and over. And that someone was…drumroll…the mysterious man who loved Randall’s long-lost birth mom Laurel. At last the connection has been made. The man clearly knew William’s name, and may even have known Laurel had a baby boy who was lost to her. How can we bear waiting to see what happens next? We won’t have to wait too long, according to Olin. 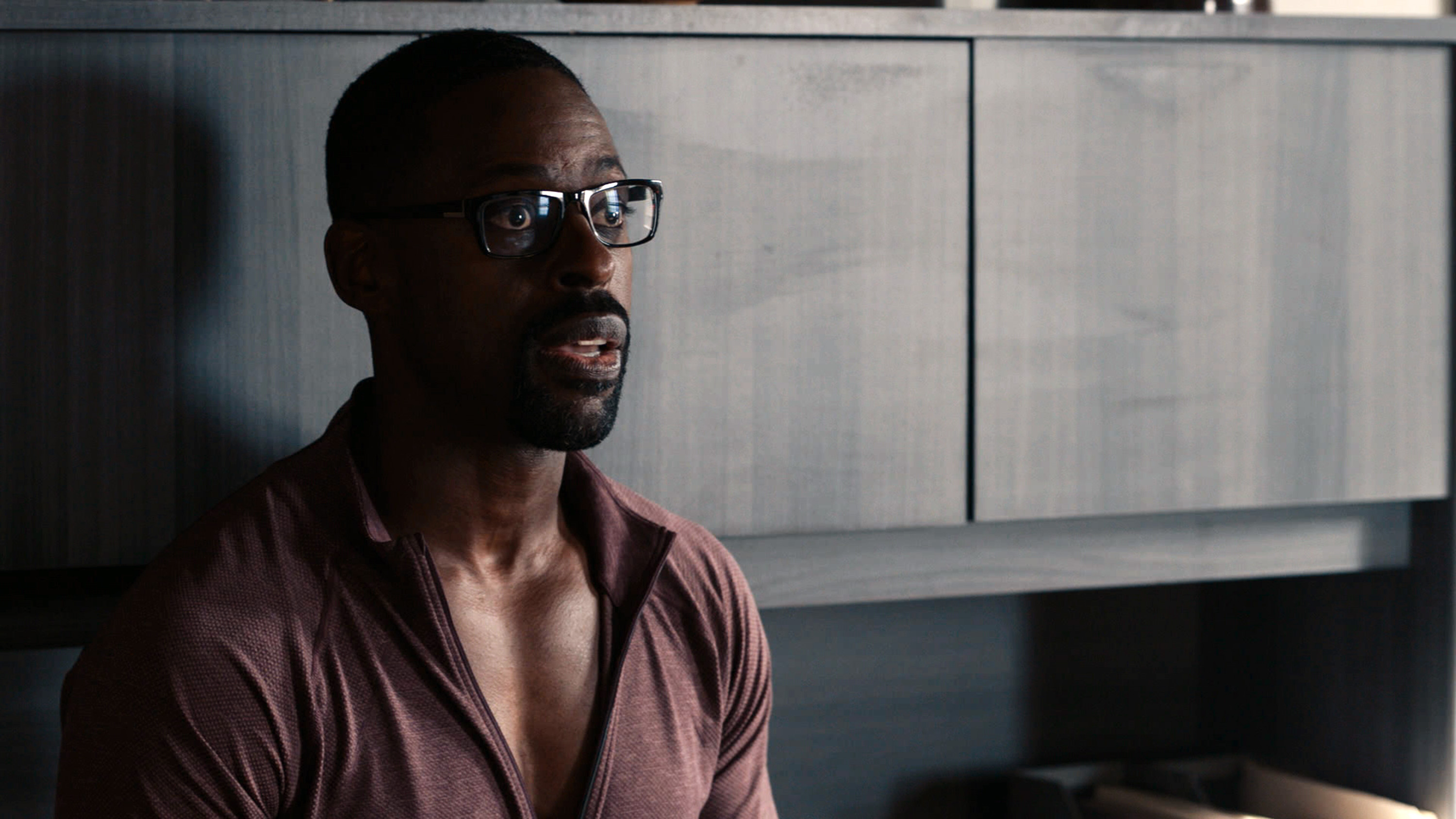 “The thing that’s so brilliant about this episode is in the most serendipitous way, Randall will be able to make a connection to the story of his mother,” Olin said. “Just through this ridiculous video, this viral, silly video, there will be a way that he begins to connect to her history. And that’s what’s just marvelous about it. And that story and her story, and what all of that means will be played out very soon. You’re not going to have to wait the entire season or anything.”

In fact, Olin added, we will see Laurel’s story told in Episode 6. “Actually, that begins shooting tomorrow,” he said. “It’s a really extraordinary episode that Kay Oyegun wrote that she’s directing. She’s one of our most brilliant writers. It’s about Laurel and it’s beautiful. It’s one of our standalone episodes, it’s great.”

As Kate and Toby (Chris Sullivan) excitedly continued their wooing of the pregnant Ellie, who may or may not let them adopt her unborn baby, they privately considered the name Chloe. Unfortunately, Kate got carried away as she accompanied Ellie to a sonogram, and said her chosen name aloud. Ellie’s face visibly fell and it seemed the overstep might have cost Kate very dearly indeed. But in the parking lot outside, Ellie explained that a girl called Chloe was mean to her in high school and that she’s sure about Kate and Toby as parents. She also confessed that when she first learned of this accidental pregnancy, she considered having a termination, even getting as far as the clinic parking lot. “I’m not judging you,” Kate quickly told her. 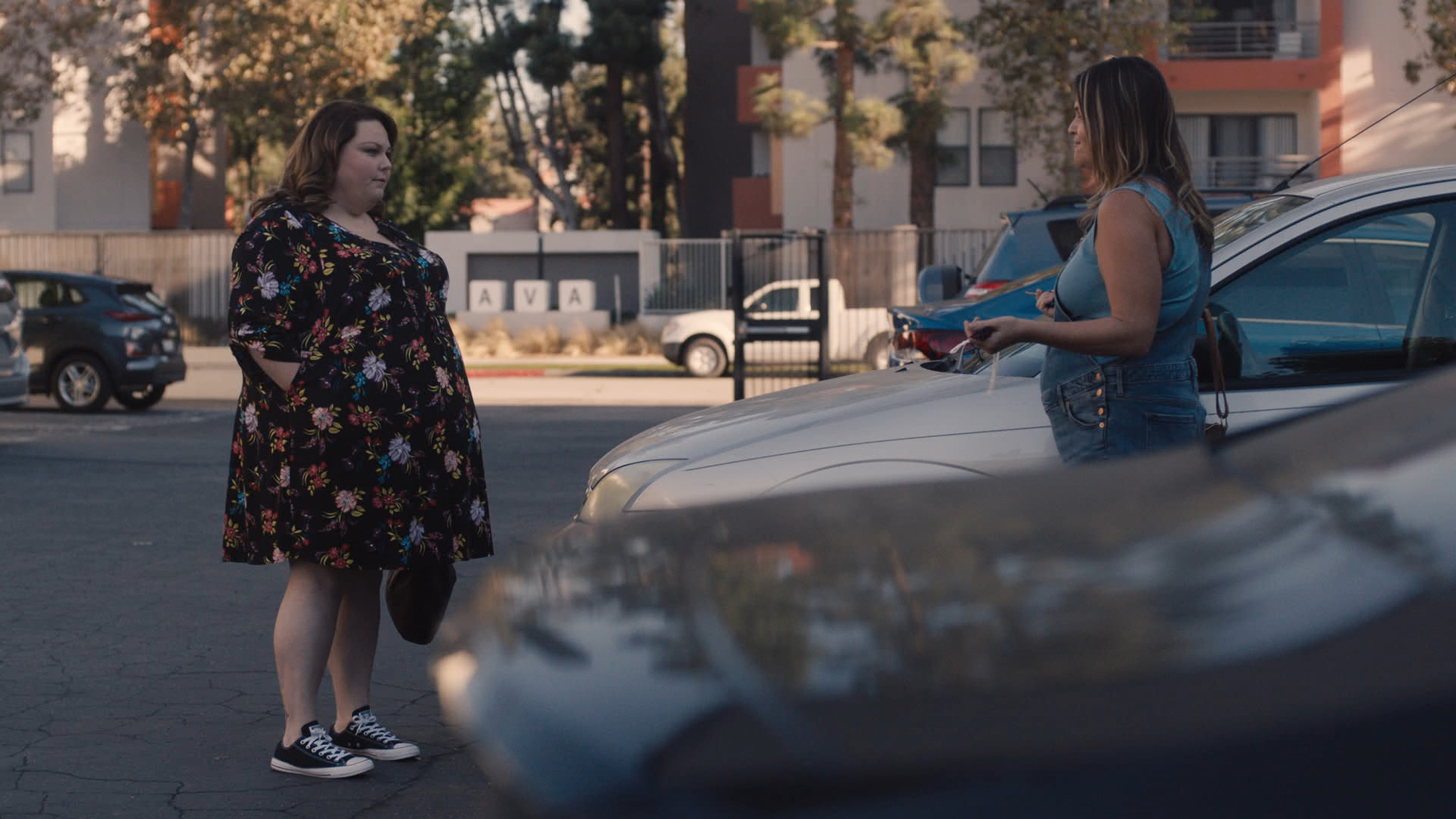 But on the drive home Kate was tearful. Now that Ellie had assured her she will likely be the chosen adoptive mom, had Kate changed her mind? What was going on? Back at home, Toby asked the same question. And out came a long-ago story. Remember Kate’s abusive boyfriend when she was a teenager? When Kevin and Rebecca drove to the cabin to rescue her? It turns out a piece of that story was missing. Right afterward, Rebecca and Kevin took a trip to New York, leaving the 18-year-old Kate at home. In this episode we saw her in a flashback, eyes closed, clearly saying a prayer over a pregnancy test, just as it developed into a positive result. Toby listened to this story aghast, having had no idea.

“That story is going to be told very quickly, very soon,” Olin said. “We’re not holding off these things. I think the Kate story is addressed in Episode 5, and then in Episode 6 the Laurel story is addressed, and then the larger emotional journey of the family and the relationships, those are things will play out over a longer period of time. But the more salient stories that raise questions, I think we’re going to address pretty quickly.”

Does Olin have a sense yet of what the show is heading towards this season for its finale pay-off? “I don’t know all the details yet,” he said. “We have filmed some things already that we will incorporate ultimately into the finale, and some of those things have already been done, but I certainly haven’t read [it], and I don’t know where it is in his (creator Dan Fogelman’s) mind, but I think he has it very much worked out, certainly worked out emotionally, where he wants to arrive at by the end of next year.”

This Is Us will return to NBC on January 5th.