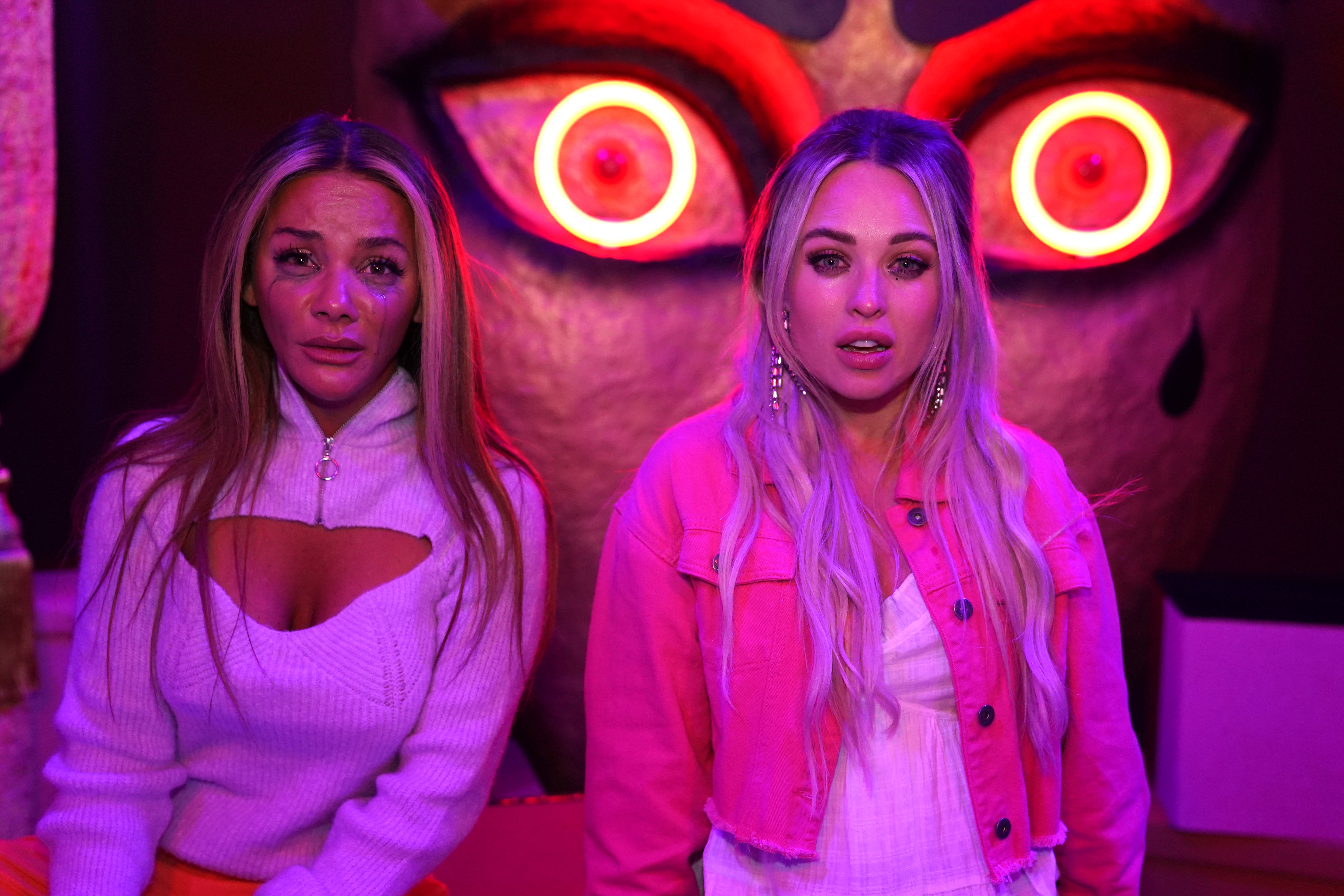 Theresa and Goldie McQueen (Jorgie Porter and Chelsee Healey) will be tasked with the unthinkable in Hollyoaks next week, as they’re forced by Silas Blissett (Jeff Rawle) to choose which one of them dies.

The popular duo are caught up in Silas’ reign of terror, as the serial killer returns to the eponymous village to wreak havoc one final time.

His first port of call is to take Mercedes (Jennifer Metcalfe) hostage, which sends alarm bells ringings for the McQueens, who kick-start the week by doing everything in their power to get Bobby Costello (Jayden Fox) to safety.

The family subsequent pay a visit to DS Lexi Calder (Natalie Anderson), hoping she can assist them in tracking down missing Mercedes, but Bobby overhears the conversation and demands answers.

Silas, meanwhile, sets his sights on Olivia Bradshaw (Emily Burnett), hoping to get her on his side. Olivia, however, rebukes the killer, but Silas has a plan up his sleeve, refusing to let her out of his sight.

The murderer sets Olivia a deadly task, ordering her to bring him Bobby. If she fails to do so, then he makes it quite clear that he will kill Mercedes.

Olivia does what she can to get her hands on Bobby, but struggling with the pressure, she confides in Prince (Malique Thompson-Dwyer).

Will Prince be able to help?

That remains to be seen, but Silas ups the ante in subsequent scenes as the carnival kicks off in the village, warning the McQueens to avoid getting the police involved – or else!

The crazed killer then appears live from the McQueen household via his webcam, as the clan in question come to realise that he’s been listening to them this whole time!

Much like his previous stint in the show, Silas revels in their fear and decides to spice things up a bit, instructing them to play along with his games – otherwise they will die.

Theresa and Goldie are among those involved, as they wind up trapped in an escape room. The rules of their mission are very clear – only one of them can get out of there alive.

The question is: will they agree on who should live – and who should die?

A death is on the cards, with at least one village resident set to perish amid all of the atrocity – will the unfortunate soul be either Theresa and Goldie?

One to watch: Wednesday September 29 at 7pm on E4.