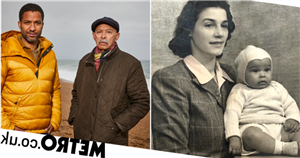 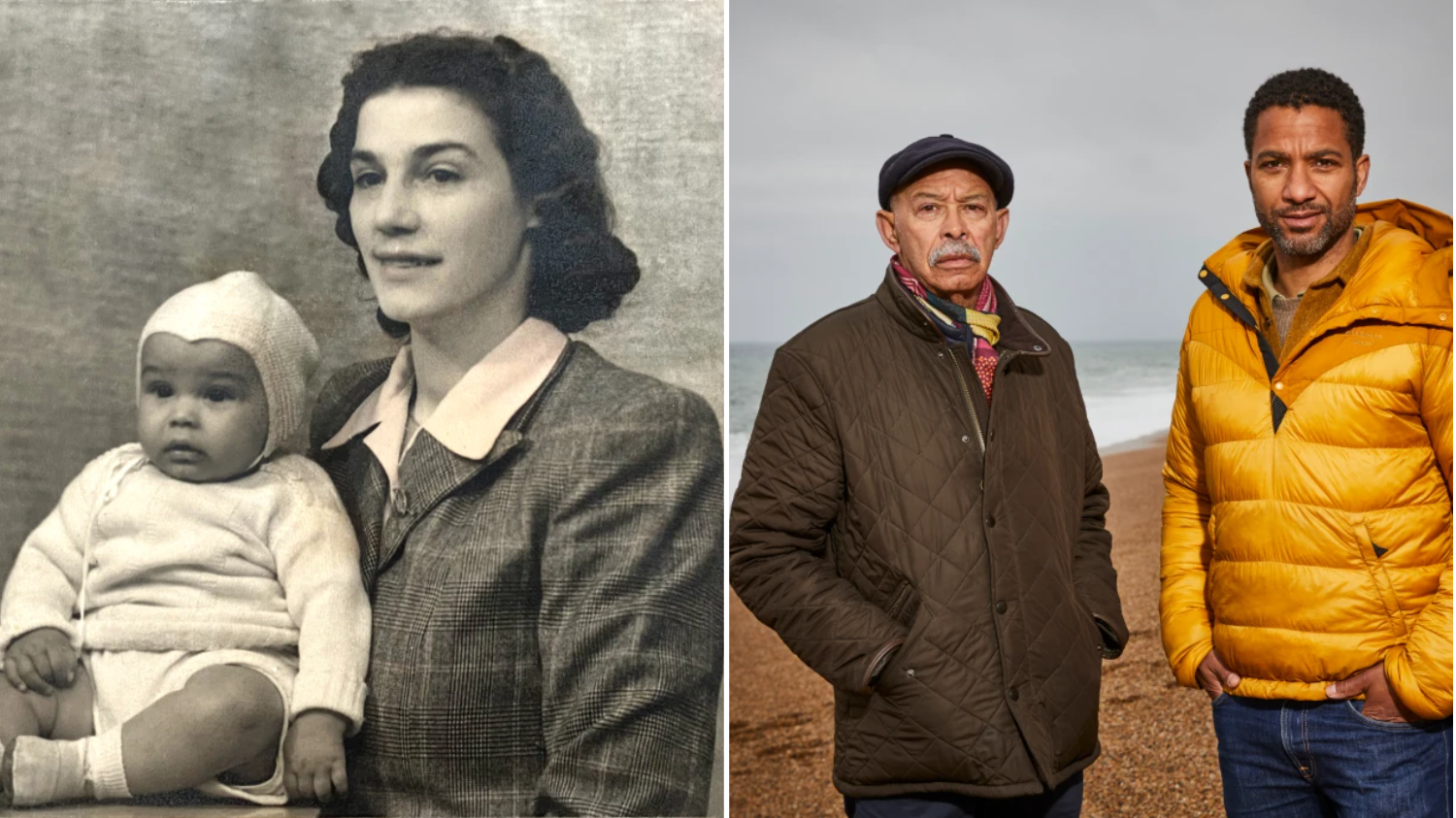 Imagine growing up and knowing nothing about your heritage, with the identity of one of your parents shrouded in mystery.

For many of us, that’s far from reality, but for thousands of Black and British adults, they still have secrets to unravel about who they are.

Mary was raised by her grandparents in a tight-knit community in south Wales. She now lives in Bristol and is one of an estimated 2,000 children who were born during the Second World War, when nearly three million American soldiers passed through Britain, 2,400 of whom were African Americans.

Some of these men struck up relationships with local women, with children scattered across the UK, as many of their mothers faced stigma and shame, sometimes even shunned by their community or forced to give up their babies for adoption.

Although these ‘secret’ war babies would be the first significant generation to be born Black and British, most were missing an integral part of their identity.

On a quest to answer her questions and find out who her father was, Mary revisited her past in a bid to put together the puzzle pieces with the help of DNA and genealogical research, as part of Channel 4’s documentary Secret War Babies, fronted by journalist Sean Fletcher.

She knew fragments of her father, but never enough to truly know who he was. His name was Herman Askew, he was from Missouri, he worked in the medical court, and Mary was named after his mother.

She came close to forming a relationship with him at one point when Herman wrote Mary’s mother a letter, asking her to visit him in America. But, because of Mary’s grandmother, the letter wasn’t delivered. Mary was aware that this would have altered the course of her life forever, which only made her more determined to get to the truth.

In one scene, Sean asks Mary: ‘‘If Herman, your dad, was standing in front of you today, what would you say to him?’

‘I would say that I’m so sorry that my grandmother didn’t pass that letter,’ she answers. ‘All I can say is it’s my family’s fault. You might have known more about me earlier.’

Mary’s upbringing was far from plain sailing. Raised in an area where Black people had rarely been seen, she heard slurs used constantly. She may not have fully grasped what they meant, but she knew it wasn’t nice, and that it had something to do with her skin colour.

‘Growing up in a small village, everybody knew everybody. Why aren’t you living with your mother? Where’s your dad? Who’s your dad? And then, as I got to know a little bit, I might say that Bill, my stepdad, was my dad because in a way he could have been my dad. But none of it is the truth, because I don’t know what the truth is.’

Mary had to make up a date for her father’s birthday because she didn’t know when it was. Until recently, she had little success when conducting her own search for him, with the Ministry of Defence saying they were unable to assist with her inquiry as they didn’t hold records of US units based in the UK during World War II.

‘It would be nice to have a bit of closure, to know that the name I’ve been given is right, to be able to say, yeah, that’s my dad. That was my dad. That is my dad,’ she said, before her world as she knew it was turned upside down after doing a DNA test on the programme.

With over 1,500 DNA matches and only a possible surname, the process was very much like trying to find a needle in the haystack. The US military provided Mary with two records of soldiers with her father’s name, but neither matched the few details she had.

Revisiting the documents brought up Herman Skew, who was born in 1924 and he enlisted on March 17, 1943. But, he was listed as a white man.

Further digging showed that the unit he was based in was the 703rd Medical Sanitary Company, which contained Black or African American troops. The unit was also stationed 10 miles away from where Mary’s mother was. Despite what the paperwork said, Herman Skew was a Black man. And he was Mary’s dad.

For the first time, Mary got to see a photograph of her father, astonished by how ‘gorgeous’ he was and the resemblance between the pair. She was able to show her children who their grandad was, and it’s no surprise it felt like ‘Christmas had come.’

Those happy moments are why making this Channel 4 documentary was so important for presenter Sean, having long been fascinated by these stories.

‘Many of these GI babies have gone to their graves not knowing who they are and that is so sad,’ he said. ‘I was always brought up feeling proud of my heritage. My mum, a Black woman, gave me that. But these GI babies didn’t have positive Black role models in their lives. Added to that, they were faced with the racism of the time from their communities. And that gave them a dilemma that they knew they were different, but they were unable to truly embrace who they were.’

Sean wanted newfound information given to Mary to help them, their children, and their grandchildren, because the lies they’ve been told have affected so many people.

He wanted to give them the chance to move forward positively, and that’s what Mary did.

Thanks to deeper research into her family history, she was able to connect with relatives – three half sisters and a brother in Chicago, the city her dad chose to start a new life in after the war.

For 77 years, Mary lived as an only child but, after decades of searching, she finally got to learn the little things about her dad’s life and fill in the gaps prior to his death in 1983, at which point sisters Felicia and Delia were nine and six, so they too grew up without him.

‘The nose, the cheeks… they’re a Skews. There’s no looking at her and denying that that’s our sister. This experience is not going to stop here. We’re family now. It’s a relationship forever,’ said Delia.

‘There’s always been something missing. I’ve had this hole. I don’t know what you would call it. Like a hole there that needs to be filled. I’ve grown up all these years as the only child to find out there’s others like me. There’s people who are family. That hole is now overflowing,’ added Mary.

Of course, there are thousands of others like Mary. Take John, who also appeared on the show. He’s the son of an African American GI who lives in Weymouth, and also had a massive question mark over much of his life, having only even discovered that his father was African American at the age of 37.

As a child, his stepdad Les kept him locked in his room at home, believing John to be a ‘source of embarrassment’ and wanting to avoid anyone asking questions, since he didn’t ‘look’ like his own son.

‘He would beat me. The more you resisted, the harder he would beat,’ John recalled. ‘I think it was because of my colour. I think he was a racist. I look back and I think when Les came home and saw that little Black baby, he should have left then. He should have walked away from my mum.

‘I think he was bitter about the way she loved me. To come back and find us listening to the radio in each other’s arms, sitting on a sofa, he couldn’t look at that because I think in the back of his mind he would think, there’s a Black guy with my wife.’

Prejudice was just a simple fact of life for John, with now derogatory terms completely normalised in everyday language.

‘I remember asking my mum, why do they call me this? She’d tell me not to worry then she would recite that sticks and stones rhyme more or less. I had to put up with it. I was 15 and a group of lads got off the train from Bristol and I just happened to be by the station and I had a load of racist abuse. It cut to the bone. It’s gut wrenching when someone insults you and you know they mean it.’

When pursuing his own search for his father’s side, John was mostly met with silence. Piecing together his family tree meant everything to him and his three children, which journalist Sean was able to help with.

Born in Georgia, Madison Glover was in the 1313 Engineers, a construction unit. He was drafted into the military at the age of 32 in California. He had a wife, Virgil Lee Glover, as well as another son, with whom John was able to meet and look through all the family photo albums he never had.

As part of the documentary, he got to see where Madison was laid to rest at the Fort Rosecrans National Military Cemetery in San Diego, when he died in 1965.

‘Oh dad. I’ve come to see you. I’ve brought you something, dad,’ a tearful John said, as he approached his father’s grave with a bunch of flowers, finally at peace and with a whole new chapter ahead of him.

‘Meeting my brother is a fulfillment of something I’ve been searching for for a long time,’ John added.

‘I’ve got another person to love, another group of people to love. They’re my team. I’m really looking forward to the next few years.’