In a Sun readers’ poll earlier this year he ranked as fifth most fanciable news anchor — with just 3.6 per cent of the votes. 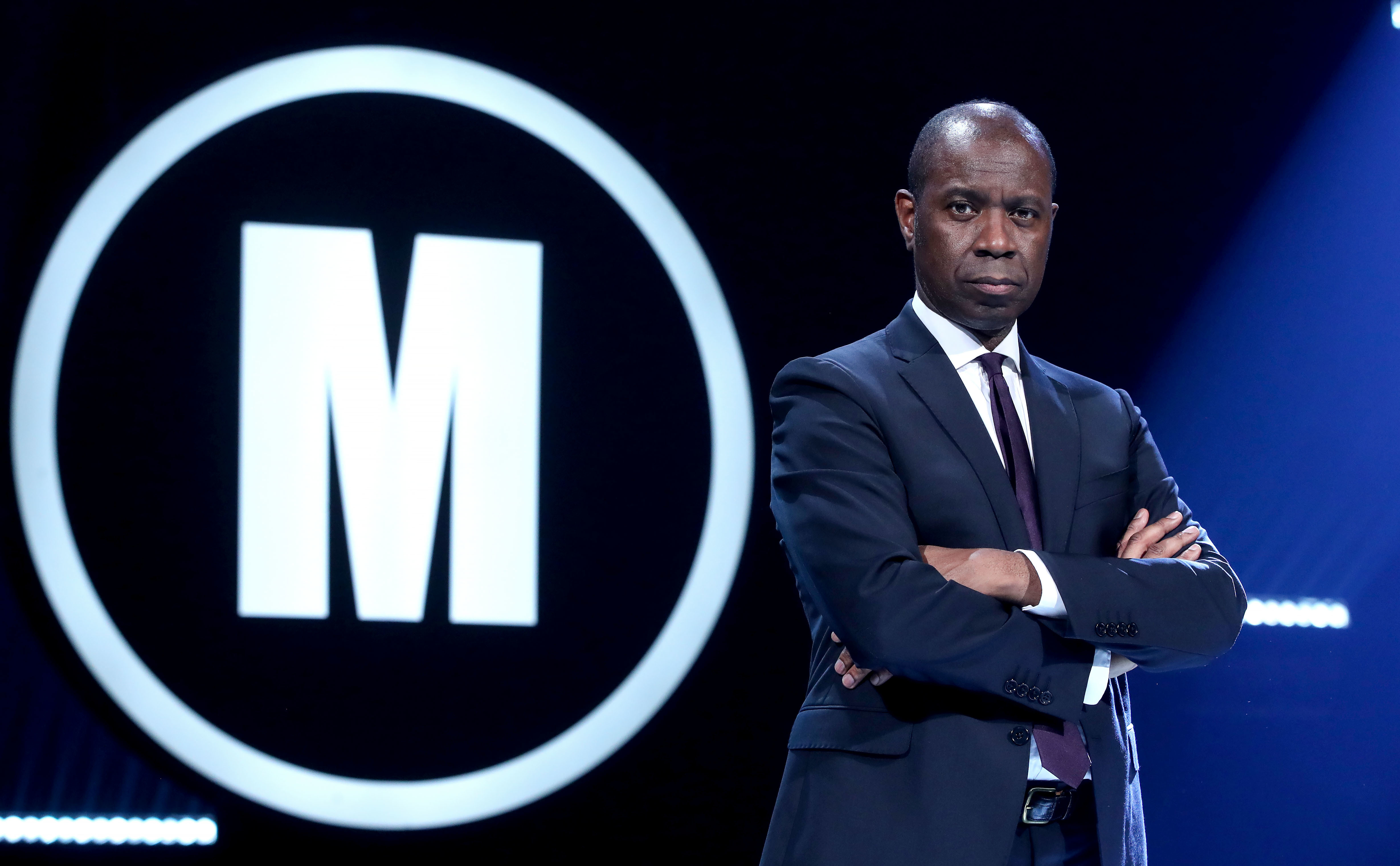 “For some reason I came below Piers Morgan and Eamonn Holmes,” said Clive, in mock indignation.

In the same piece, pop star Sinitta revealed she has a secret crush on the BBC News at Ten presenter, who she dubbed “Superman”.

The poll came after newsreaders’ calmness in the face of the pandemic made them unlikely pin-ups during lockdown.

Clive, who has been married to his furniture restorer wife Catherine for 23 years, jokes: “There are all sorts of kinky people out there. If they’re into newsreaders, who am I to argue?”

The veteran journalist is set to get a whole new set of fans when he takes over as presenter of Mastermind next week.

With his velvety smooth voice and handsome looks, “Quizzy Mondays” — so called because University Challenge, Only Connect and Mastermind are on the same night — is about to get a lot hotter.

Clive, 56, has been inundated with congratulatory messages since it was announced he is to take over from host John Humphrys, 77.

He said: “I’ve had hundreds, I would say thousands, of messages whether on email, or people stopping me in the street saying it’s fantastic news.

“I’ve had that on a number of occasions and I’m very gratified by that.”

But what about his female fan club?

"Has he received any interesting post during his 30-year career?

“What am I, Tom Jones?” he laughed. “I haven’t had any underwear sent to me in the post. Not yet.”

While he is best known for his serious reporting — including despatches from the NHS front line during the coronavirus crisis that earned him two Royal Television Society awards — Clive is keen to show more of his personality with the new job.

We’ve had a glimpse of Clive’s cheeky humour before, on comedy panel shows such as Would I Lie to You? and Richard Osman’s House of Games.

He said: “I thoroughly enjoy showing a lighter side of who I am to the British public.” 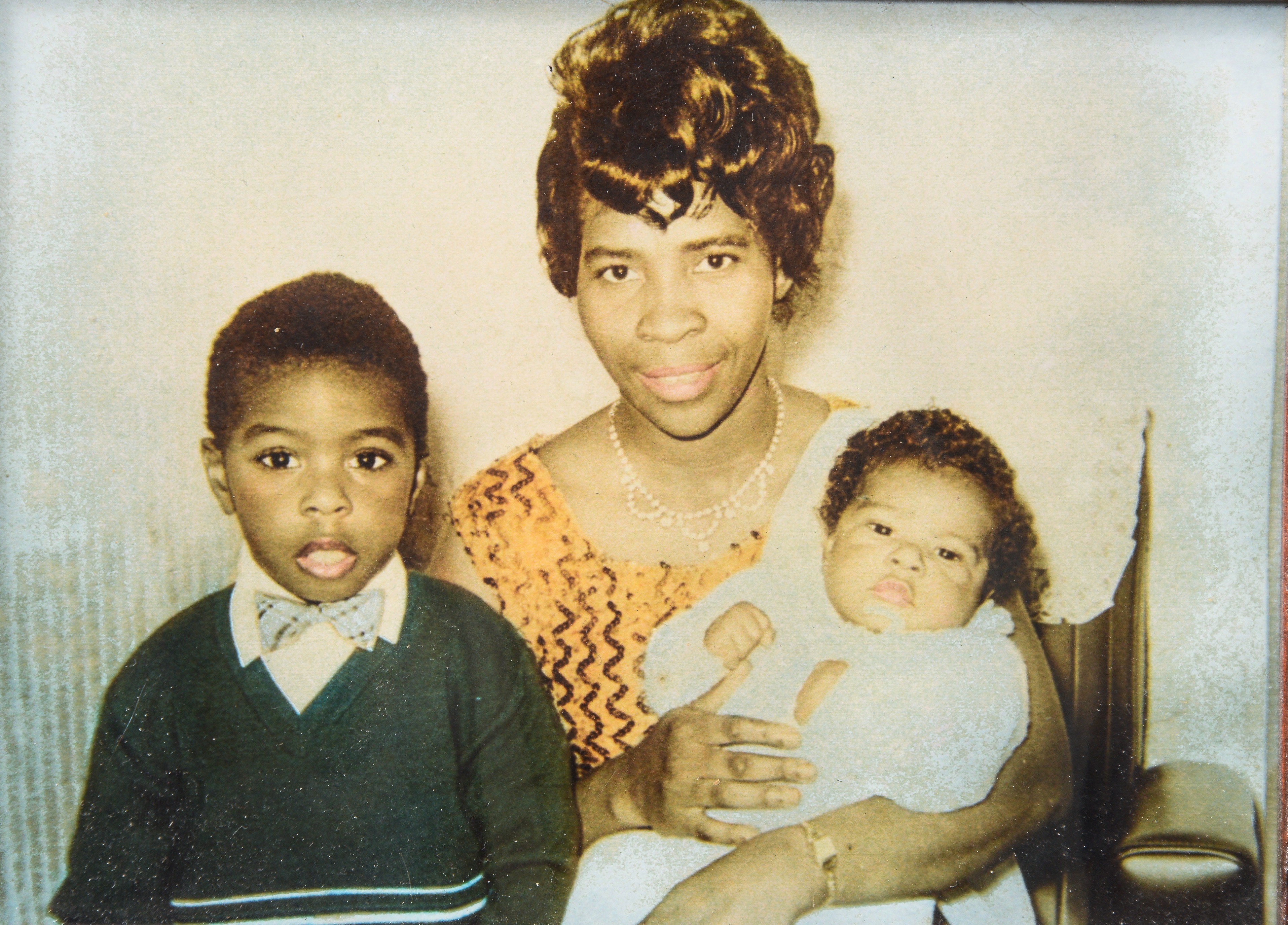 So, unlike his predecessor, Clive insists he won’t be a stern interrogator when he fires questions at contestants in that famous black chair.

He said: “John had a particular persona as a very sharp and aggressive presenter and that’s absolutely brilliant and it was fantastic for John.

“But I have a very different personality. There’s a sense, with the new shows, that I’m not part of the contender’s problem.

“I’m facilitating them getting whatever they know out. I’m not part of the torture process.”

There is enough pressure elsewhere, Clive argues, with the dramatic music and the spotlight.

And he certainly wasn’t going to mess with the traditional format.

He said: “You don’t last 50 years and the first Johnny-come-lately decides he’s going to get rid of the chair and bring in a nice, soft sofa.”

Clive, who has fond memories of watching Mastermind as a child with Magnus Magnusson at the helm, takes over as the show reaches its 50th anniversary next year. 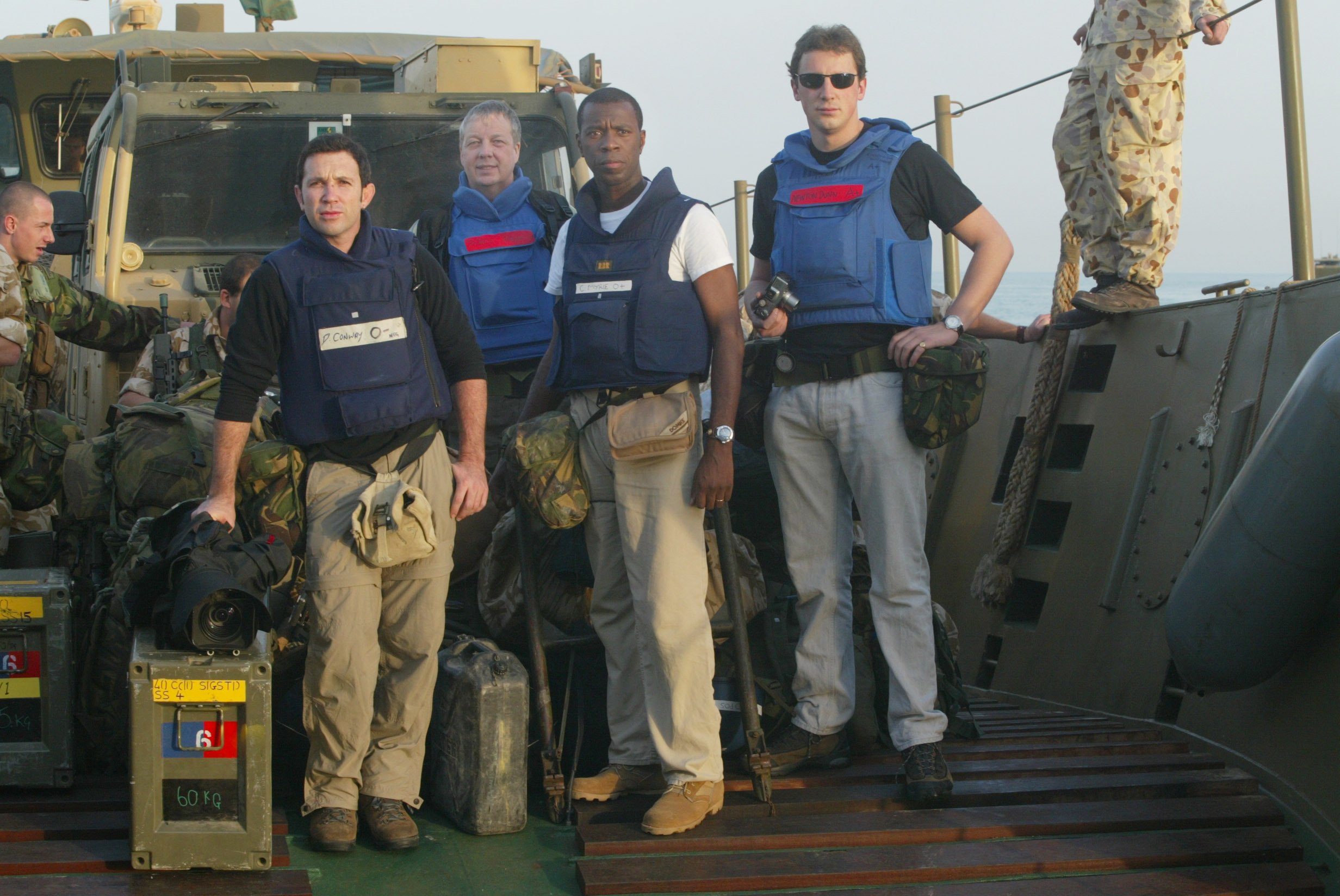 He was in a state of “disbelief” when he landed the gig and admits he is nervous.

During our Zoom call, Clive said: “I’m the guy upon whom, perhaps, the continuing succession of this show rests. That’s really bloody scary.”

But let’s face it, Clive has been embedded with the Marines in the Iraq War, so not much fazes him.

He said Mastermind, which spawned catchphrase “I’ve started so I’ll finish”, has survived a half century because it’s “really simple”.

Clive said: “Tell me what you know in two minutes. That’s it. But there’s so much drama overlaid on top of that.

"The setting is part of it, the lighting and the music. It’s all there. You know what you’re getting. That’s why it’s lasted.

"There aren’t many shows that have lasted 50 years.

"The format is exactly what it was since 1972 when Bill Wright came up with the idea.”

Wright, a former RAF gunner, drew inspiration from his experience of being grilled on a solitary chair in a darkened room by the Gestapo during World War Two.

Clive has filmed all the heats in studios in Belfast, as well as some editions of Celebrity Mastermind — but he refused to reveal if any of the quizzers’ subjects were particularly unusual.

He said: “What does unusual mean? If you’re a fan of the Swiss countryside and you go there every year, you might feel the geography of Switzerland is your specialist subject. The Vuelta, one of cycling’s grand tours. If you’re a cyclist, that’s run-of-the-mill.

“That’s the point about Mastermind. There’s something for everybody.” 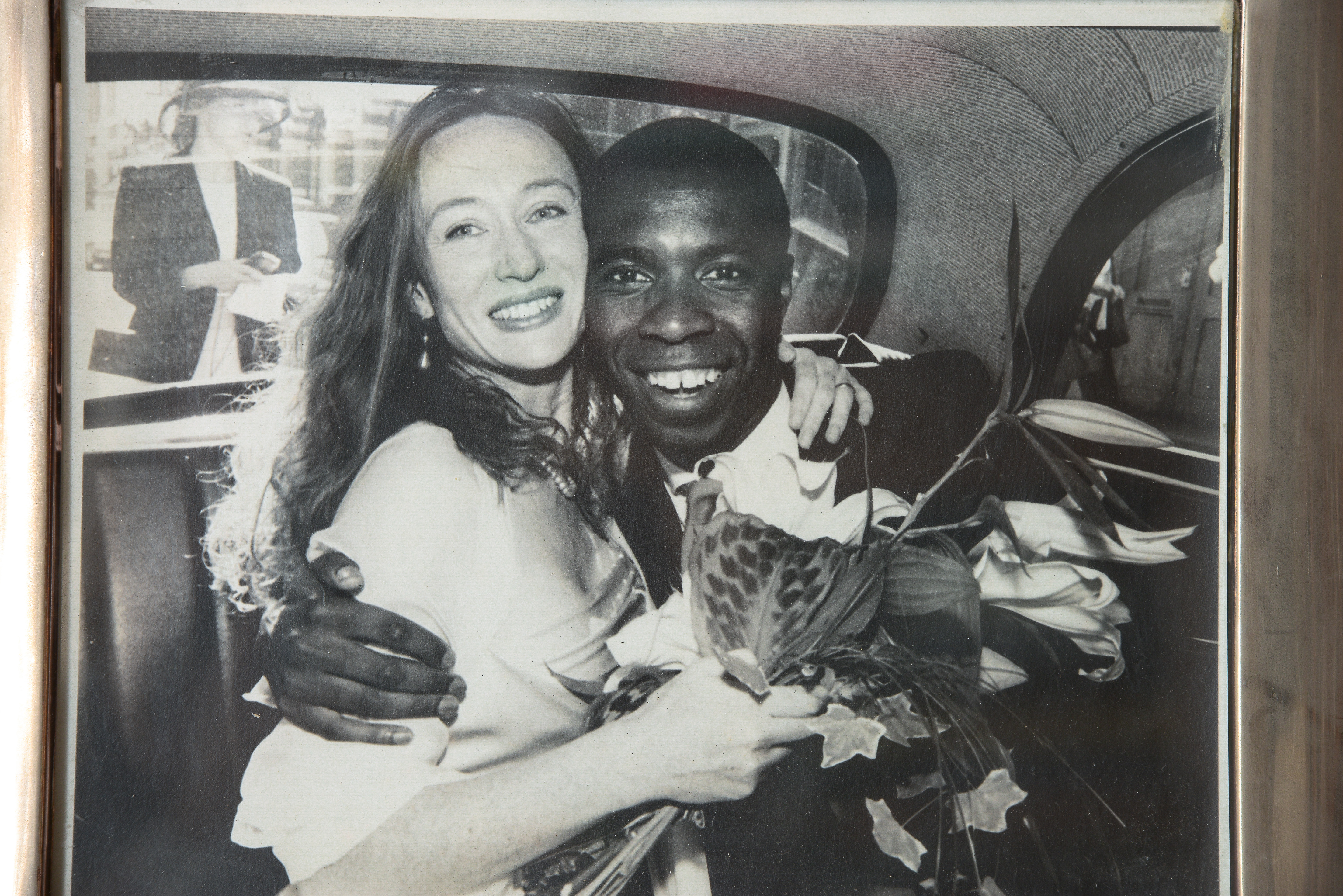 He said he’s able to have “more of a laugh” with the celebs, who appear on the show to raise money for charity, when the questions are “maybe less . . . powerful”.

A source told The Sun earlier this year that John Humphrys left because he was frustrated by reality TV types, like Geordie Shore’s Charlotte Crosby, who “didn’t seem to know her own name let alone anything about her chosen topic, Whales, Dolphins and Porpoises”.

Clive said: “If that has happened to John in the past, that’s unfortunate. I sincerely hope that’s not going to happen now.”

The fourth of seven children, Clive grew up in a small Afro-Caribbean community in Bolton after his parents emigrated from Jamaica in the Sixties to give their kids a better start in life.

Recently The Repair Shop’s Jay Blades claimed “institutional racism” was to blame for a lack of black TV stars on quiz shows on the BBC.

In its response, the BBC emphasised its commitment to “representing all audiences” and referred to Clive’s appointment on Mastermind, as well as Rochelle and Marvin Humes on the Saturday pop quiz Hit List, and former Strictly winner Ore Oduba hosting daytime quiz Hardball.

Clive said: “It’s a difficult situation. Programme makers for a long time have felt mass audience programmes should be presented by white men.

“Now, white men don’t make up the majority of the population.

“There are some women out there, believe it or not. There are a few black men.

“Programme makers have finally woken up to the fact, particularly at the BBC, which is an organisation funded by the licence fee, that everyone has got to feel they’re invested in this organisation and programming.

“As a result, it would help to have a few women and a few people who are black.

“You want a bigger audience, have a wider range of presenters. It really isn’t rocket science.” 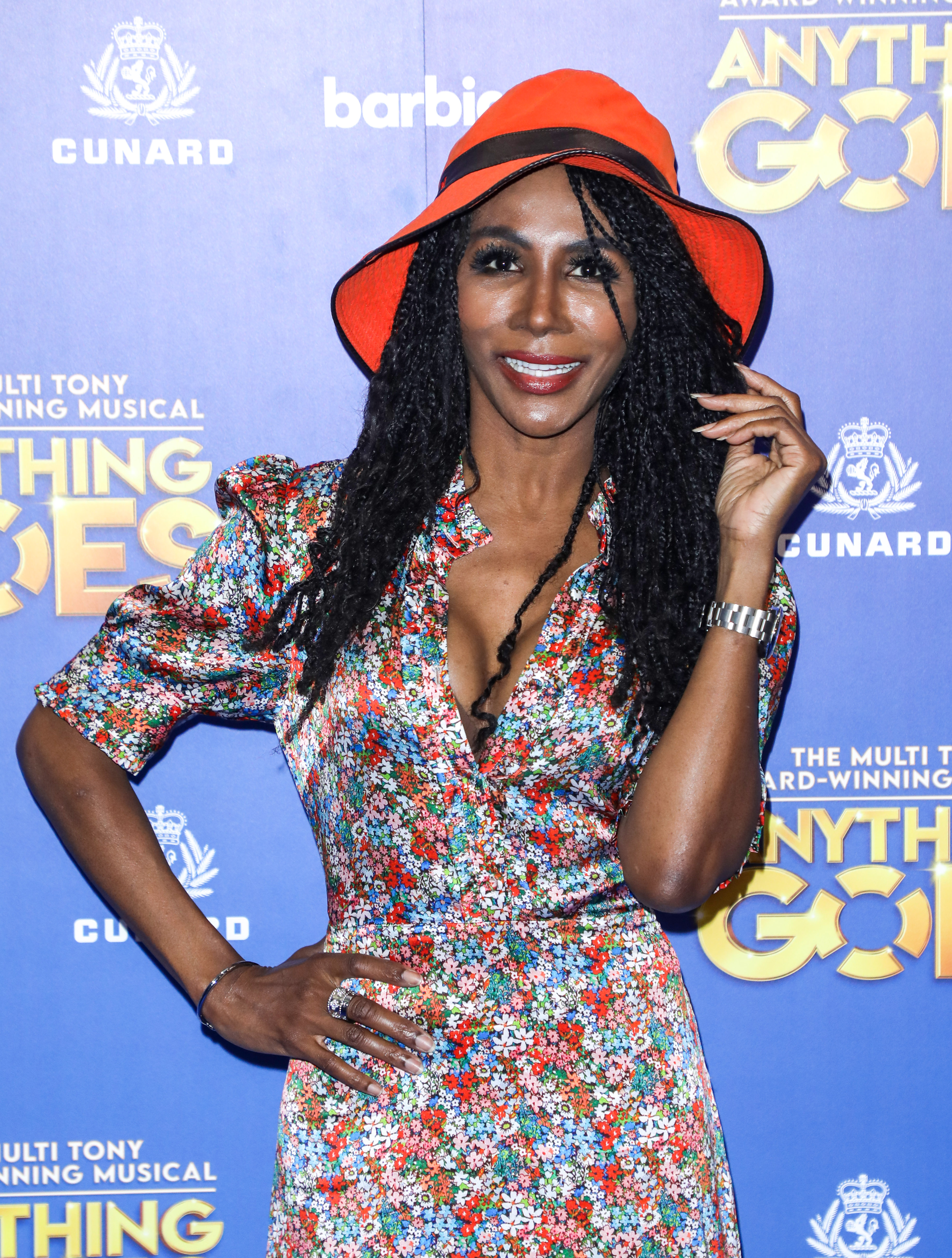 Clive has experienced racist abuse in the past, including a serial offender sending him faeces in the post.

He recently revealed he has received “four or five” serious death threats in the last few years.

The only troll he can think of who lashed out following the Mastermind announcement said on social media: “This is another reason not to watch the BBC.”

Clive said: “I’m pretty sure it was a bot — it had about five followers.”

For all of Clive’s intentions of putting the contestants at ease, some of them may be all a-flutter when he holds them in his steely gaze.

No doubt his many fans will feel the same watching from their sofas.

HERE are some of the funniest Celebrity Mastermind answers:

John Humphrys: “The 2019 book entitled No One Is Too Small To Make A Difference is a collection of speeches made by a Swedish climate change activist. What’s her name?”

John Humphrys: “Stanley is the capital of which self-governing British overseas territory?”

John Humphrys: “In an 1819 poem, what season of the year does Keats describe as ‘a season of mists and mellow fruitfulness’?”