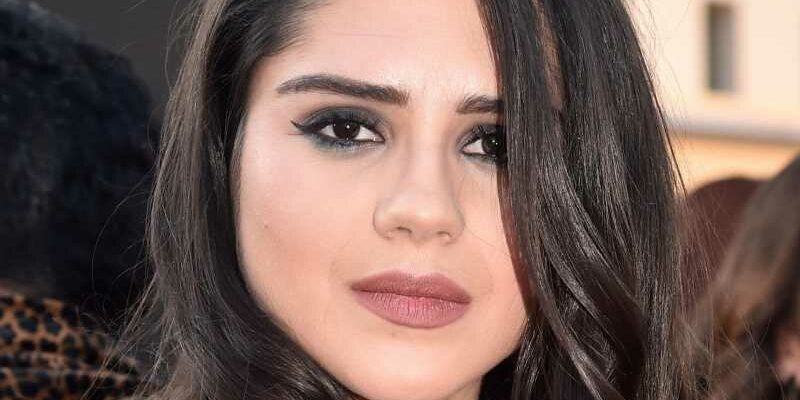 Sasha Calle made her on-screen debut in 2018, winning hearts with her impressive on-screen skills. Now, she’s ready to venture further with a big franchise that could establish her as a true Hollywood icon like the actors that came before her.

Calle will play the role of Supergirl in “The Flash,” slated to release in 2022. It’s not just a big step in her career, but a leap forward for representation: Calle is the first-ever Latina to be cast in the Supergirl role. While her acting resume is not long, she is all set to propel her career and showcase her skills in a decisive role. Besides, there’s little room for disappointment! DC fans are known to have high expectations.

Calle shouldn’t be too worried, though. The Boston-born Colombian actress was selected from over 425 actresses during the audition under the watchful eyes of Andy Muschietti, director of “The Flash.” Muschietti said that he was blown away by the overall vulnerability and toughness of the actress. “I saw more than four hundred auditions. The talent pool was truly amazing and it was very hard to make a decision, but we finally found an actress who was destined to play this role,” Muschitti told Deadline. No doubt — Calle’s tough! So let’s take a look back at our future favorite superhero.

A daytime soap was the perfect start for Sasha Calle

Sasha Calle found a good start in her acting career. She joined the famous soap opera “The Young and the Restless” in September 2018, where she played the role of chef Lola Rosales. “It’s a huge blessing to be here,” Calle told Soap Opera Digest about her role. “I’m so grateful every day that I get to walk in, joke around with these people and give them hugs and make them smile. I’m so inspired by everybody’s work every single day.”

The accolades weren’t far behind — Calle got the prestigious Daytime Emmy Award nomination for “Outstanding Younger Performer in the Drama Series.” Speaking on the character of Rosales, Calle said in a 2019 interview with Soaps in Depth that she loved playing her because of “how gentle and hardworking she is.” She added, “I always find something new to learn. I love that ‘Y&R’ picked me, and we’re a family now. It’s really beautiful!”

Calle clearly picked up a lot of great experiences during her time on the long-running soap, and it’s evident that she is all ready to utilize her skills and potential in her upcoming role as a superhero. This was only the beginning of her career, leading her to bigger roles that bring her to the screen in a fabulous way.

Sasha Calle was selected for her new role in the most uncanny way — one that might not have been thought about before the pandemic. She landed her Supergirl part over a Zoom call. Maybe celebrities are just like us after all!

Per People, Andy Muschietti shared a video on Instagram where he surprised Calle with the news that she would be the all-new face for Supergirl. Muschietti played it coy with the actor, saying that he had a few more questions for her before they could make a decision about casting. “Can you fly?” Muschietti asked. Calle was confused until Muschetti pulled out the Supergirl costume. “You’re Supergirl!” he exclaimed.

Calle’s reaction to getting the role was exciting and sweet — something you’d expect from someone who’d been rewarded for their hard work and dedication over the years. “Can I freak out for a second?” she replied. “I’m probably not gonna stop crying all day.” In some ways, this Zoom call was the first moment of the rest of Calle’s career, and it’s a moment we’re sure she’ll treasure forever.

The magic in her voice and the grace of her move comes from years of practice. While Sasha Calle has clearly proven her talent with acting, she is also known for her musical background, which was her first true love. “I just wanted to sing and dance. I would dress up and put on a show for everyone,” she told Soap Opera Digest about her youth. “One Christmas, I remember waking up and there was a whole band set for me. I was jumping from the drum set to the guitar to the microphone and trying to perform all these instruments by myself. I loved it.”

Eventually, she grew up and went to the prestigious American Musical and Dramatic Academy, which boasts alumni like Jason Derulo, Anthony Ramos, and Janelle Monae. Somewhere along the line, she realized that her calling aligned more with acting than with music. “Even though I wanted to sing, everyone was like, ‘But you can act!'” she told the outlet. “When I looked back on my childhood and how I liked to dress up and put on shows, I was like, ‘Oh, my God, I’ve always wanted to do this!'”

Although the switch to acting has clearly paid off, Calle still showcases her love of music frequently on Instagram, sharing clips of her singing and playing guitar. Talk about a multi-talent!

Sasha Calle knows the importance of patience and hard work.

Although Sasha Calle is an alumnus of AMDA College and Conservatory of the Performing Arts in Los Angeles, her success was a challenging road. Her biography on the alum page states that right after graduating in 2017, Calle pursued her acting, writing, and singing dreams. She worked her way up to get featured in prestigious projects, including some exciting recording sessions, commercials, and the Socially Awkward miniseries, before her eventual role in “The Young and the Restless.” Now, that’s some journey!

Looking back on her journey, Calle is sharing her advice. “Once you graduate, it’s you against this grand, big monster of an industry,” she told AMDA Magazine in 2019. “You really have to acquire patience and you have to focus. You’ll have to pick up side jobs you may not like. You’ll go through many frustrations, tears. Heck, you might get a big break quick, who knows.” Calle went on to explain that she experienced a “year and a half of constant rejection” before she got her big break on the soap. “You can’t take anything personally and you have to move, move, move,” she detailed.

Clearly, with her role in “The Flash,” Calle’s patience and hard work paid off!

Even with all her success, Sasha Calle still looks to a familiar face for inspiration: her mother. “My mom is one of the strongest people I know,” she told Soap Opera Digest in 2018. “She inspires me every single day. All I want to do is make her proud.”

One of the reasons why Calle is so fond of her mother is that she always stood by her, even in tough times. Things were hard for the mother and the daughter when they moved back to Massachusetts from Colombia. “At that point, we were living in a basement at a friend’s house in Boston and struggling financially,” Calle shared. “My aunt in Florida was like, ‘Just come live with us,’ so we ended up moving there.” Calle went on to add how her mother made sure that her needs were met, despite their financial situation. “At that time it was just my mother and me,” Calle recalled. “She worked very hard to make me happy.”

Years later, the mother-daughter duo is as close as ever. Calle’s mother got remarried after her daughter went to college, and Sasha played a huge part in the day. “I was the maid of honor, I walked her down the aisle and I sang,” she gushed. “I even made the soundtrack for walking down the aisle. It was church music and then midway, it changed to a Pharrell song. It was really cute.” After all the success, Calle is still putting family first.