When Australian production designer Fiona Crombie was sent an anonymous script called Untitled Yorgos Lanthimos Project, she recognised something familiar about the writing.

"I thought 'this is Tony Mac'," Crombie says. "I sent him an email immediately and said 'did you write this thing for Yorgos?' He shot back 'yes'." 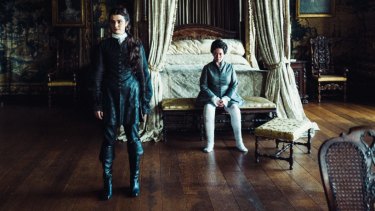 Rachel Weisz and Olivia Colman in The Favourite. Credit:Fox

The rising Greek director had already hired fellow Australian writer Tony McNamara to turn a script for a conventional royal drama into what became The Favourite, a savagely witty black comedy about two cousins vying for the affection – and bed – of Queen Anne in the early 18th century.

And after auditioning, Crombie was also hired to create the film's distinctive royal-court-with-a-twist look.

Four years on, the two longtime friends both have excellent chances of winning an Academy Award for a film nominated for 10 Oscars – matched only by the Mexican drama Roma.

"That's one of the best things for both of us," McNamara says. "We worked in theatre so long ago. It was really exciting when we did the movie together so to go to the Oscars together will be really amazing." 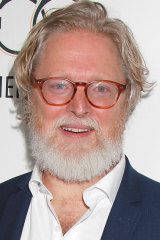 If he wins, McNamara would be the first winner of best original screenplay from this part of the world since Jane Campion for The Piano in 1994.

At the 91st Academy Awards, which will take place on Monday without a host after weeks of controversy about the ceremony, there are handful of virtual certainties. 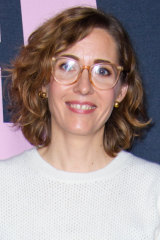 Fiona Crombie is nominated for best production design for The Favourite.Credit:Alamy

The widely acclaimed Spider-Man: Into The Spider-Verse is almost assured of winning best animated feature.

After a powerful, emotional (and strategically smart) speech when she won at the Golden Globes, Glenn Close has become raging favourite to win best actress for playing the spouse of a Nobel Prize winning writer in The Wife, though first-time actor Yalitza Aparicio (Roma) and Olivia Colman (The Favourite) would be just as deserving.

And Rami Malek, having distanced himself from sacked director Bryan Singer after ugly sexual abuse allegations (another strategically smart move), is almost certain to win best actor for playing Freddie Mercury in Bohemian Rhapsody, with Christian Bale his biggest rival for playing Dick Cheney in Vice. 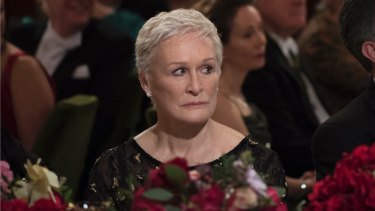 While Roma is a clear favourite to win best picture, Hollywood resentment about rewarding a film made by streaming service Netflix leaves the door slightly open for the crowdpleasing civil rights road movie Green Book, The Favourite or even the trailblazing superhero movie Black Panther. 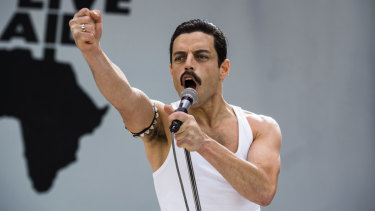 But widespread admiration for Cuaron's achievement with Roma could see a Mexican win best director for a remarkable fifth time in six years – adding to his own previous victory for Gravity, Guillermo del Toro's win for The Shape of Water and Alejandro González Iñárritu's triumphs for Birdman and The Revenant.

A feature of the awards this year is the strength of foreign-language film contenders, with Roma up against the acclaimed Cold War from Poland, Shoplifters from Japan, Capernaum from Lebanan and Never Look Away from Germany.

"I can't wait," McNamara says about going to the Oscars. "There's some really great films being made."

Catch live coverage of the Academy Awards red carpet and ceremony at smh.com.au/theage.com.au on Monday from 9am.

Best Actress: Yalitza Aparicio (Roma), Glenn Close (The Wife), Olivia Colman (The Favourite), Lady Gaga (A Star Is Born), Melissa McCarthy (Can You Ever Forgive Me?)

Best Adapted Screenplay: The Ballad of Buster Scruggs, BlacKkKlansman, Can You Ever Forgive Me?, If Beale Street Could Talk, A Star Is Born