If you just finished watching the absolutely wild fifth episode of The Crown Season 4 and immediately ran to Google some variation of “Did that really happen?” then you are not alone. Hello there. Welcome. Let me walk you through the extraordinary 1982 incident of the Buckingham Palace Intruder, starring Michael Fagan, the man who broke into Queen Elizabeth’s bedroom while she was sleeping.

How did Michael Fagan break into Buckingham Palace?

As you might imagine, security at the palace is significant—and yet, somehow, a 30-something named Michael Fagan was able to bypass all of it with no training and no particular plan. On July 9, 1982, according to The Independent, an “unkempt, bare-footed and slightly tipsy” Fagan climbed up the 14-foot wall that surrounds Buckingham Palace, jumped over its barbed-wire top, and made his way across the lawn to the palace itself. There, he shimmied up a drainpipe and climbed inside.

Fagan, an unemployed laborer at the time, wandered casually around the palace for a while. He reportedly triggered an internal alarm not once but twice. Per The Independent, the police assigned to palace security simply turned the alarm off, assuming that it was an error. Eventually, Fagan made his way into Queen Elizabeth’s bedroom.

As for Fagan’s motives, he doesn’t seem clear on that himself. In a 2012 interview with The Independent, he said, “I don’t know why I did it, something just got into my head.” But Fagan also claimed that the summer break-in wasn’t his first and that he’d successfully gained access to the palace once before. He wasn’t caught that time, he said, which was part of what inspired him to go back. “I went back because I thought ‘that’s naughty, that’s naughty that I can walk round there.'”

Later in the same interview, Fagan suggested that it was magic mushrooms that made him do it. “I forgot you’re only supposed to take a little handful,” he said. “Two years later I was still coming down. I was high on mushrooms for a long, long time.” 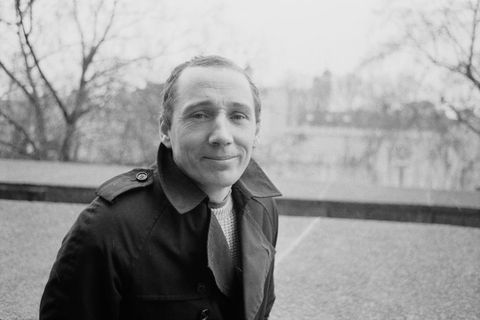 Did Michael Fagan really have a conversation with Queen Elizabeth after breaking into her bedroom?

Reports at the time indicated so. According to The New York Times, quoting Fagan’s lawyer, the conversation lasted around 10 minutes before a chambermaid interrupted them and summoned security. This is also how it’s depicted in The Crown, with Olivia Colman’s unnerved Elizabeth and Tom Brooke’s Fagan sharing an awkward—and ultimately weirdly touching—conversation.

But according to Fagan, that chat never happen. When asked about the exchange by The Independent, he said, “Nah! She went past me and ran out of the room; her little bare feet running across the floor.” So … unclear.

The Standard newspaper reported at the time that the queen used the phone beside her bed to call security after Fagan first arrived, but “the palace police officer failed to realize the urgency of her message because she was so calm.” The paper also attributed the lapse in security to the timing of Fagan’s arrival: He apparently broke in shortly after an armed policeman had gone off duty outside the royal bedroom at 6 a.m.

What happened to Michael Fagan after he was arrested?

Once security did finally arrive and apprehend Fagan, he got off relatively lightly. At the time, trespassing in Britain was a civil offense rather than a criminal one, so Fagan wasn’t charged for his unwarranted entry into the palace. He was, however, charged with theft of a bottle of wine, but was later acquitted by a jury. After stealing a motor vehicle months later, he spent time in a maximum-security psychiatric hospital, before being released on January 21, 1983.