AS lockdown kicked in, The Specials’ Terry Hall found himself “looking at the internet . . . a lot”.

He noticed that Instagram and TikTok were “flourishing” as ­people posted pictures of “their perfect bodies and their perfect dinners”.

He began “questioning the idea of perfection” and decided it really wasn’t “somebody’s Sunday brunch at a gastropub”.

Poor Hall. Imagine looking at all those poached eggs with smashed avocado and cherry tomatoes on soda bread toast.

Now The Specials have delivered a stirring riposte to living a lie via rose-tinted social media imagery.

To a slow waltz, Hall sings the wonderfully droll F**k All The Perfect People with poise and passion. It’s a standout track on the band’s new album, Protest Songs 1924-2012, a collection of 12 covers railing against everything from enduring racial injustice to humdrum irritation with your next door neighbour.

Worth noting here: The Specials have always been protest singers since they burst out of Coventry in 1977, tackling issues such as teenage pregnancy (Too Much, Too Young), inner city deprivation (Ghost Town) and the rich-poor divide (Rat Race).

“I was drawn to the title, F**k All The Perfect People, and drawn in even more because I have to keep repeating that line,” affirms Hall.

Among many inspired choices, the song was written by American singer Chip Taylor.

He is best known for Sixties hits Wild Thing (The Troggs) and Angel Of The Morning (PP Arnold) and just happens to be actor Jon Voight’s brother, therefore Angelina Jolie’s uncle.

He says: “it’s from an incar­cerated person’s point of view. The first time Terry played it to me, I thought, ‘Yeah we have to do this song’.”

It finds Hall’s voice in fine fettle. “Well, I had an enforced year off which really helped it,” admits the singer.

But he’s glad to be back: “This is my life and there’s no question of retirement for me. I’ll only do that if I’m forced to medically.”

I’m meeting Hall, 62, and Panter, 68, at a cavernous warehouse amid the urban sprawl of South West London.

It’s a couple of days after their first post-lockdown UK tour ended and they’re rehearsing stripped-back acoustic performances for radio and record shops.

Typically for this down-to-earth pair, there are no rock star trappings as we sit at a table in a small, bare dining room with mugs of builder’s tea or instant coffee.

The other core member, Lynval Golding, 70, who’s over from his home in the States, is taking a much-needed rest and can’t be with us.

“Lynval’s got ailments because of his age, problems with his wrists and hands, but he’s getting through it,” says Hall.

“He doesn’t moan though, does he?” he adds, flashing a knowing look at his bandmate.

Panter smiles back, adding: “But we’ve turned it to our advantage because Lynval concentrates on his singing, which has become stronger.”

Next, Hall and Panter explain how the Protest Songs project “covered the gap” after work on the follow-up to the line-up’s first album of original songs in 37 years, Encore, was put on hold by the pandemic.

“We would have carried on demoing and writing until we had another album,” says Hall.

“But we had to disappear. Two months into lockdown, I was thinking, ‘Are we ever going to do anything again? This is too weird now’.

“Lynval couldn’t get over from Seattle. We couldn’t do gigs and the idea of working with masks on didn’t appeal.”

Panter, the only one of the gang who still lives in Coventry, says: “Some bands manage remotely but that wasn’t for us.

“We attempted Zoom meetings and they were disastrous. The internet reception where I live is appalling. I felt like getting a hammer and destroying the box.”

He turns to Hall and says: “And yours kept cutting out, it was awful.” Hall grimaces but clearly sees the funny side. 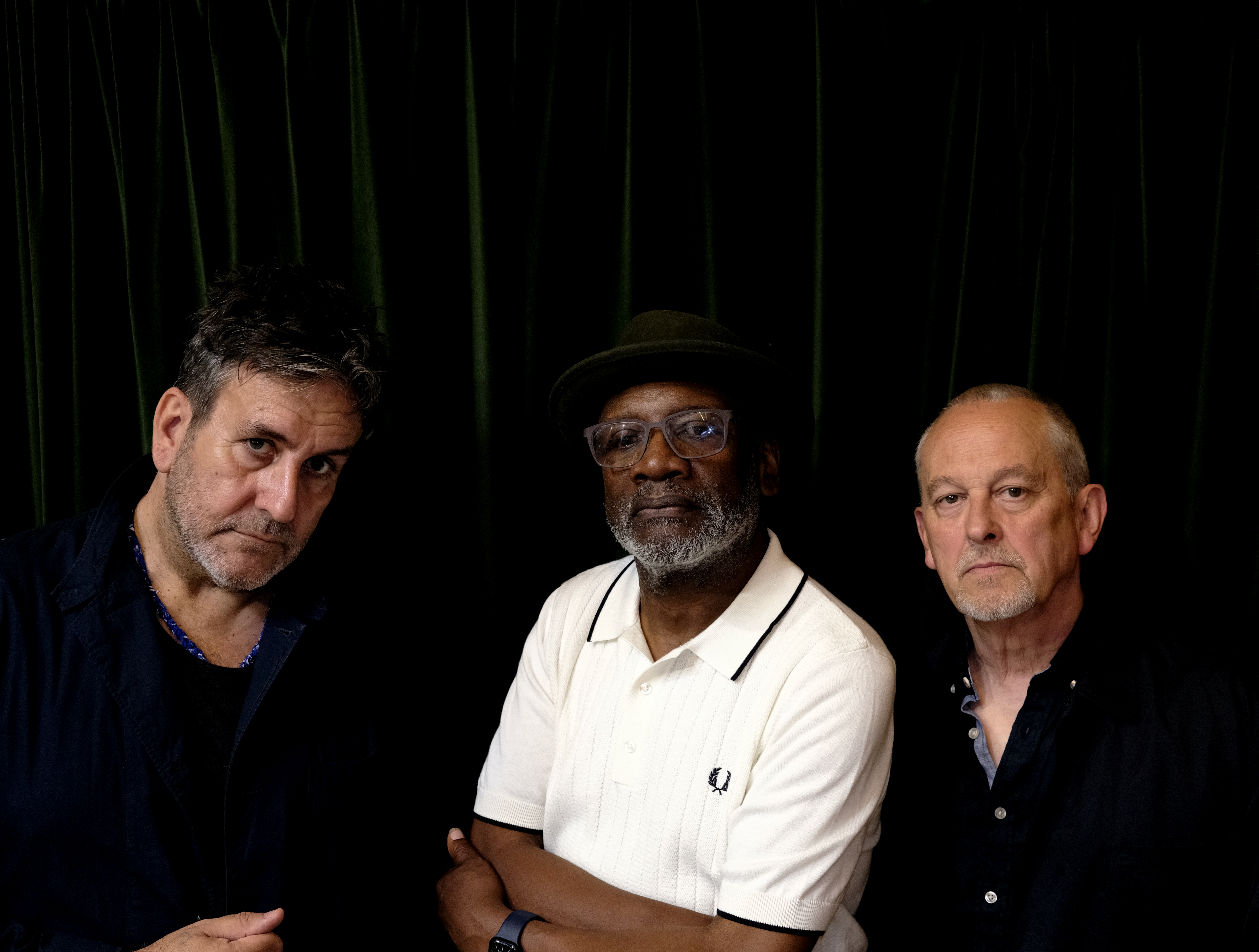 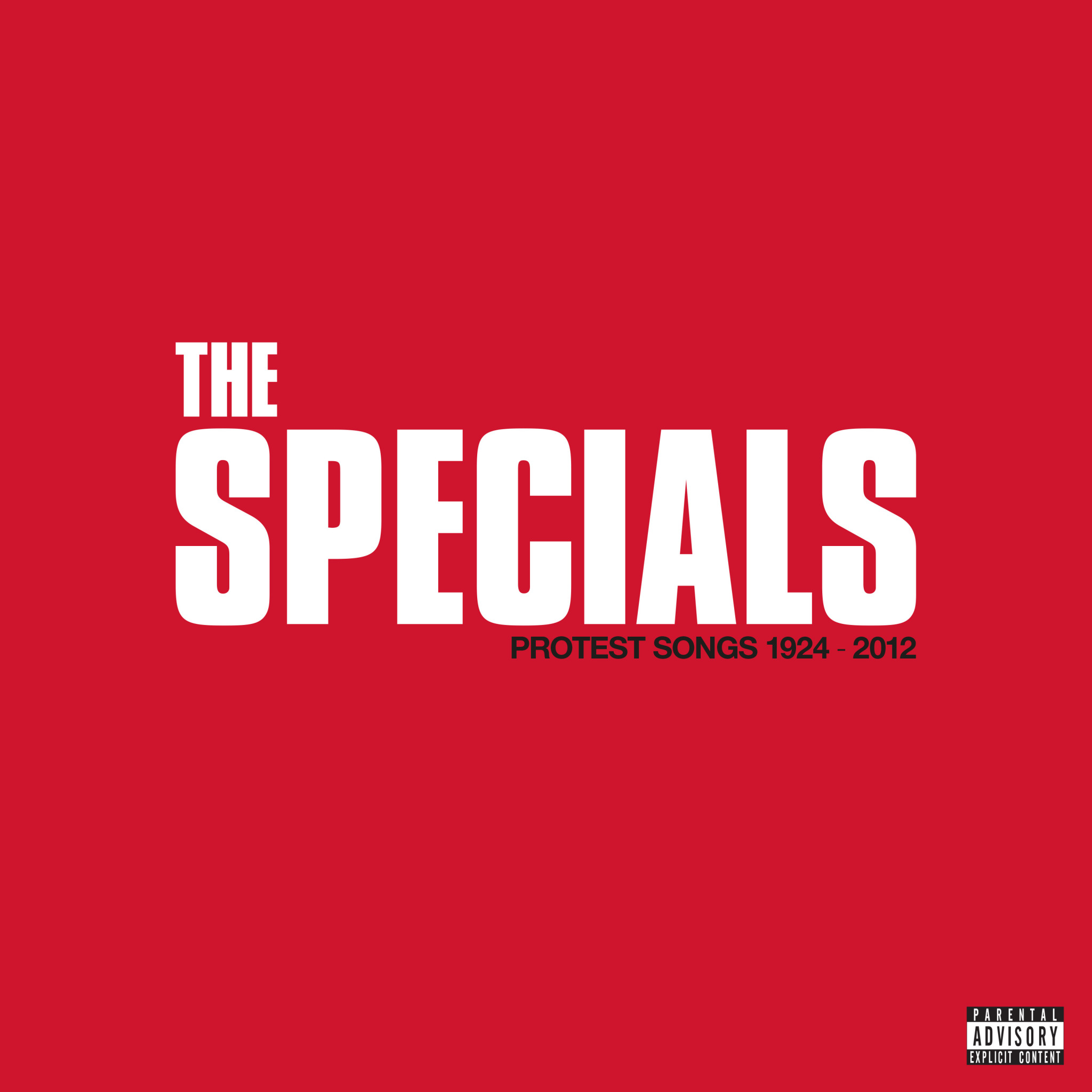 “On one occasion, I couldn’t see Horace and could barely hear him,” he says. “Lynval, I could see but not hear because his son was making smoothies with a blender in the background.”

So, instead, Hall began an internet odyssey that led to an entirely different kind of album. “With nothing much else to do, I typed in ‘protest songs’ and loads came up. I found myself delving through them for months.”

It’s never a bad time to protest against injustice but Panter believes the past 18 months have provided a “perfect storm”.

“There was a lot of paranoia around because of Covid and lockdown,” he says. “Then came the events in Minneapolis and suddenly everybody was taking to the streets.”

Crucially, The Specials swerved the most iconic protest anthems like We Shall Overcome or The Times They Are a-Changin’ when they finally got together in April this year.

Panter says: “For me, the hardest bit was choosing the songs. Recording the album was a breeze, wasn’t it? (Nod of agreement from Hall.)

“It was lovely because we work with all these great musicians. We desperately wanted to make a record and just be a group again.”

If Hall’s discoveries came from trawling the net, Panter’s suggestions were de- rived from his and his friends’ record collections.

“We didn’t want to do a protest version of UB40’s Labour Of Love,” he says.

“One of the first rules was no Eve Of Destruction and no Give Peace A Chance. We have done Get Up, Stand Up but it’s totally different.”

Panter introduced the rest of the band to the incendiary Trouble Every Day by Frank Zappa And The Mothers Of Invention, written in response to the Los Angeles Watts riots of 1965.

In a disturbing omen of George Floyd, a police officer struck a young black man in the face with a baton. The ensuing uprising led to 34 deaths.

“It could have been written last year, about Portland or Seattle or Minneapolis,” says Panter.

But Hall found the eccentric Zappa’s lyrics opaque. “The song felt fresh to me but I’m still not sure what he’s on about.”

Over the decades, one of the most powerful expressions of protest has been marching. Just think of Martin Luther King’s March On Washington in 1963 which culminated in his “I have a dream” speech.

Two of The Specials’ song selections tap into this vibe, the opening Freedom ­High- way, originally sung by family gospel group The Staple Singers, and Ain’t Gonna Let Nobody Turn Us Around, written in 1924 but later adopted by the civil rights movement in America.

Hall says: “People marching is the original form of protest and we tried to capture that.”

The project raises the important question: Can music change society for the better?

“We get asked that a lot and I’ve never had the answer,” Hall decides.

“We’re covering a song from 1924 that’s had a hundred years to change things. I’m not sure it has but that’s no reason not to sing it.”

One of the more subtle inclusions is Everybody Knows from Leonard Cohen’s majestic 1988 album I’m Your Man. But scratch the surface and the song reveals bleak reflections on inequality, Aids and religious issues.

When Hall sings “everybody knows the good guys lost”, he could equally be reflecting on the world of 2021. “That song is full of protest but maybe less obviously,” he says.

Hall and Panter praise her contributions while also ­noting that “she reduces the average age of the band considerably, which helps!”

Two of their Protest Songs were written by folk singer Malvina Reynolds, best known for her damning ­portrayal of middle-class Americans, living in their Little Boxes. With her prim appearance and old- fashioned glasses, she cut an unlikely figure.

People marching is the original form of protest and we tried to capture that.

The Specials tackle her songs about ordinary people, I Live In A City and I Don’t Mind Failing In This World, the latter including the brilliant lines, “Don’t mind wearing ragged britches, ’cause those who succeed are the sons of bitches”.

Hall finds Reynolds and her songs “really odd but that was the attraction. A Mary Whitehouse figure playing the guitar with those words coming out of her mouth”.

The rousing Jerry McCain song My Next Door Neighbour highlights the fact that protest starts at home, suggests Hall.

“First you mind what your neighbours are up to and then feelings grow and take different shapes,” he says.

Panter sees it like this: “There’s the macro and the micro. Of course there are racial issues but if your neighbour is pissing you off, well . . . ”

Over the past month, The Specials have been peppering their live set with their strident covers, bringing a fresh dimension to their reliably vibrant shows.

Along with a couple of Encore efforts, this has given a renewed sense of purpose to original members Hall, Golding and Panter.

The latter says: “When we reformed back in 2008, we thought, ‘Right, let’s play in 2009 and see how it goes.’ By 2013, we’d turned into the world’s greatest Specials tribute band because we were only playing old stuff.

Then in 2015 drummer John “Brad” Bradbury died, a huge source of sadness, delaying the recording of Encore until 2018.

Now, with Protest Songs under their belt and hopefully another album of their own songs next, the live set continues to evolve.

Classics such as Ghost Town, Too Much Too Young, A Message To You Rudy, Gangsters and Monkey Man will never go away.

But Hall says: “We’re losing old songs gradually tour by tour. We did Do The Dog from the first album but then lost it. I feel weird singing Little Bitch at 62 so I don’t do that any more.”

And Panter adds: “Some songs were past their sell-by date. They made sense in 1979 but, over 40 years later, they weren’t feeling relevant.”

As for the undeniably pertinent F**k All The Perfect People, he’s glad to report that The Specials have a genuine showstopper on their hands.

“We played it as our first encore and you can actually hear jaws dropping.” 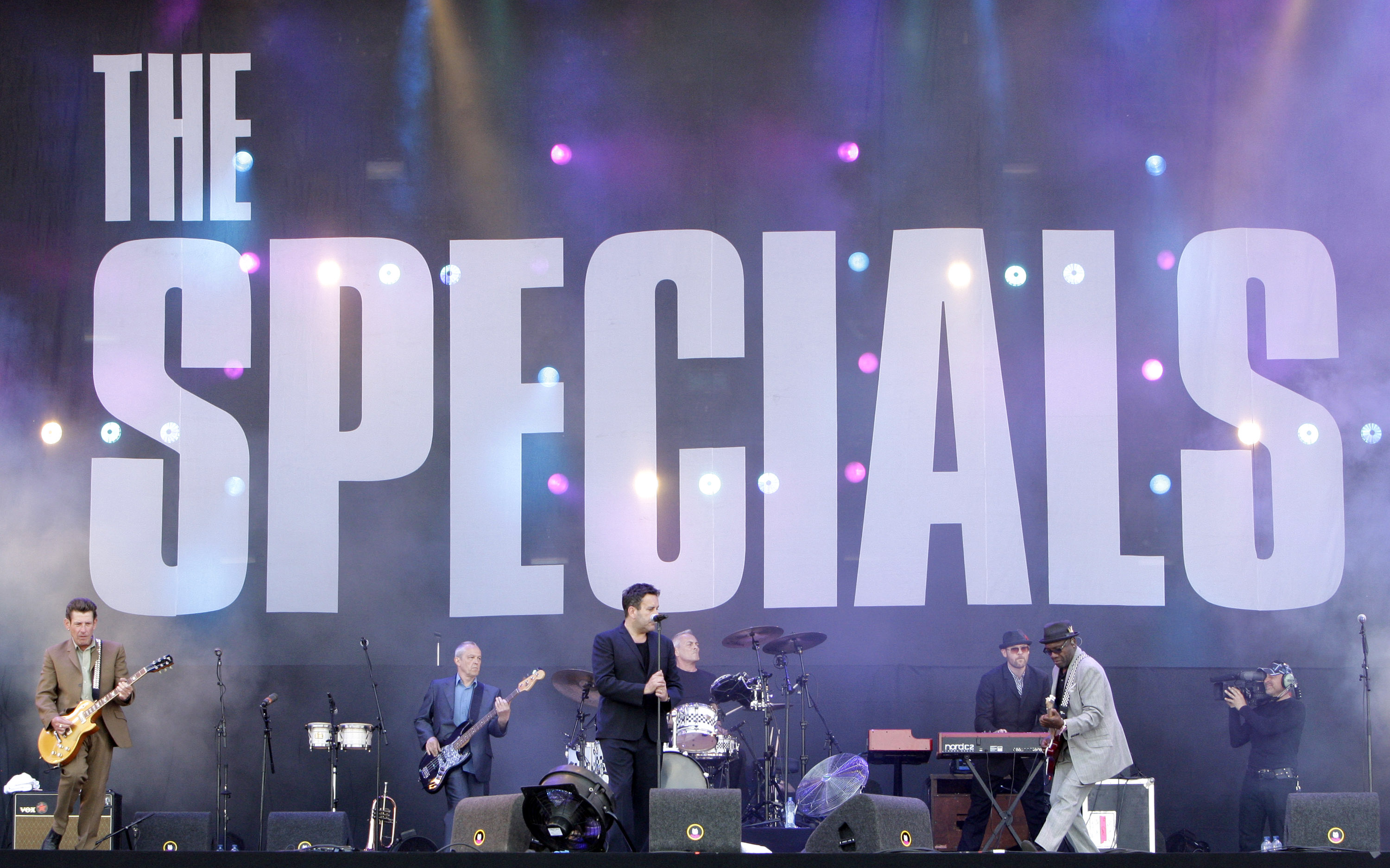