The royal family is not above jealousy. In fact, many of their family feuds — including the decade-long quarrels between Prince Charles and Prince Andrew — stems from envy. That said, they don’t always keep their resentment in the family. Case in point: Prince Charles is allegedly very jealous of his son’s father- and mother-in-law, Michael and Carole Middleton.

Why is Prince Charles jealous of Kate Middleton’s parents? Find out, ahead. 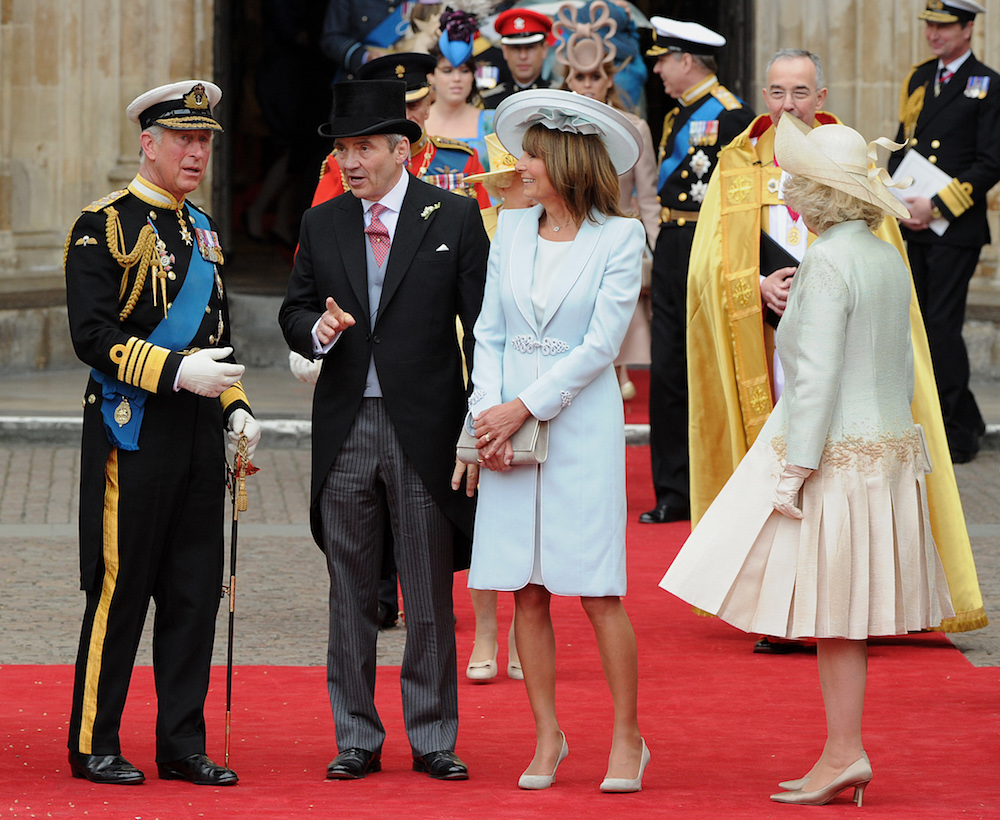 Prince Charles’s relationship with the Middletons

For the most part, Mr. and Mrs. Middleton stay away from royal life. Sure, they attend family engagements like royal weddings and christenings, but they aren’t known to join their daughter for events such as Trooping The Color or even Christmas Day church service. That said, Kate Middleton’s parents are very much a part of the royal family’s — especially the Duke and Duchess of Cambridge — lives. And, Prince Charles allegedly has some issue with that.

Here’s a closer look at their relationship, including why he might be jealous of Michael and Carole Middleton.

According to reports, the Prince of Wales resents Kate Middleton’s parents because he believes they are the favored grandparents. The future king reportedly felt isolated from his grandchildren after Prince William and Kate Middleton decided to switch up their family Christmas plans one year and spend the holiday with Michael and Carole Middleton.

Like many grandmothers, Carole Middleton often helps her daughter watch her three small children and allegedly spends a lot of time with the Princes and Princess of Cambridge.

Because of Prince Charles growing jealousy and fears of being overshadowed by Kate Middleton’s parents, the queen’s advisors “decided to ignore Carole Middleton on social occasions,” claims Tom Bower, British journalist and author of Rebel Prince: The Power, Passion and Defiance of Prince Charles.

Prince William had to intervene

Apparently, Prince Charles’s feelings of resentment and fears of Michael and Carole Middleton being more like than him got so out of hand that Prince William had to intervene. Prince William allegedly confided in the queen for advice after becoming “infuriated” about the matter.

The queen made up for the mishap and the so-called “hurtful snubs against Carole” by inviting her for a tour around the Balmoral estate. She even invited a TV cameraman to film the outing and drove Carole around herself.

While it’s unclear where their relationship stands now, one thing is for certain: Prince Charles and the Middletons are typically polite to each other in public (and, if they aren’t, it goes unnoticed by the public). Despite Prince Charles’s alleged jealousy, the future king appears to put his feelings aside when the cameras are flashing.

Michael and Carole Middleton aren’t the only ones Prince Charles feels jealous towards. He, apparently, also thinks the press and public favor Prince William and Kate Middleton over him. Because of that, the prince has felt fear of becoming overshadowed by his son and daughter-in-law in the past.

That said, the future king has improved his image quite a bit and is now much more well-liked by the public. In addition, he has shown an enormous amount of love and support to Prince Harry and Meghan Markle — who also received a tremendous amount of attention — which has helped him gain some admiration from the press and public.